Position Primer 2019: FAU Safeties
With Jalen Young graduated, senior Da'Von Brown steps into the starting lineup ahead of a group of talented youngsters eager to contribute. 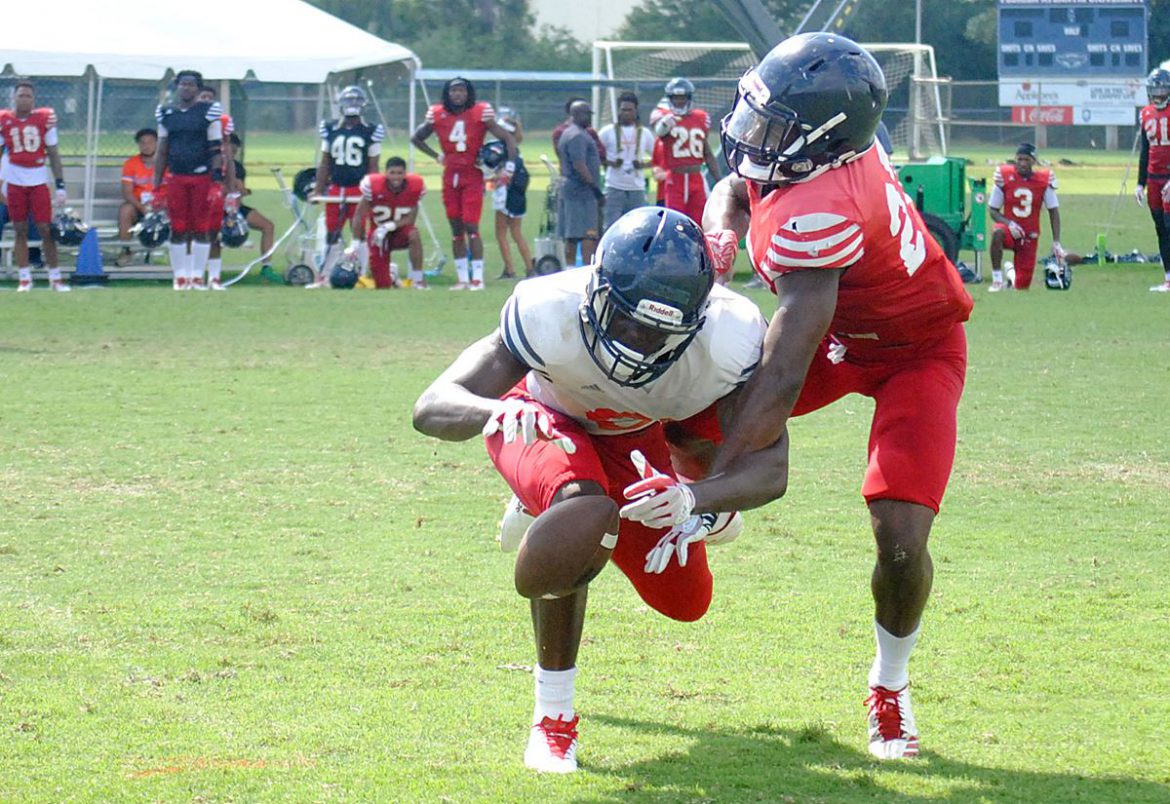 BOCA RATON – Safety Da’Von Brown wore a black jersey throughout spring, signifying to offensive players know that physical content with him was off limits.

That didn’t keep Brown from putting his hands all over his offensive teammates.

Brown is expected to be a full go once fall camp begins next week. A regular in the defensive backfield rotation the past couple of seasons, Brown will be replacing the graduated Jalen Young as a starter.

“When Jalen was here I always practiced and played like I was the starter,” Brown said following the final spring scrimmage. “Nothing different changed. I’m the starter now. I practiced the same, played the same.”

While Brown always tries to play physically, this year he’s trying to be more vocal, too,

The senior has taken on the responsibility of ensuring that redshirt freshmen Armani Adams and Teja Young understand the defensive calls and their responsibilities.

Adams and Young, in turn, responded with two of the more impressive springs on the defensive side of the ball.

“I really like Teja Young and Armani Adams because they don’t get mad at you,” Brown said. “They let me coach them up. I coach them. They understand what I am telling them.”

Add to the mix starting safety Zyon Gilbert, a 6-foot-1, 190-pound junior who coach Lane Kiffin has cited several times as a future pro, and the Owls appear primed to reverse the slide that sunk their secondary last season.

SS
Zyon Gilbert (6-1, 190, Jr.): Gilbert’s 51 tackles last season ranked fifth among Owls. He only broke up two passes and recorded a half of a tackle for loss. Gilbert has recorded at least 50 tackles in each of his first two seasons, but has yet to intercept a pass, force a fumble or recover one.

Armani Adams (5-11, 185, R-Fr.): Adams enjoyed a strong spring following a redshirt season last year. He packs a wallop when meeting ball carriers and played some of his best football of the spring during scrimmages. One of five players named to the Owls defensive most improved list, he also claimed a share of the spring game’s Defensive MVP award.

Teja Young (5-11, 180, R-Fr.): Young grabbed coaches’ attention this spring with his aggressive play. Though young, he demonstrated a good feel for defensive coordinator Glenn Spencer’s new defense. In Both Adams and Young impressed Kiffin with their spring play.

KEY ADDITIONS
Dwight Toombs (6-1, 195, Fr.): Toombs signed with FAU in December, enrolled in January and participated in spring practice. He made some plays in the spring, but not enough to crack the two-deep. Still, the future appears bright for Toombs, who recorded 70 tackles, intercepted four passes and forced three fumbles as a high school senior at Port St. Lucie-Centennial.

KEY LOSSES
Jalen Young: Hampered all season by a knee injury suffered in the season’s second game, last season Young barely resembled the player who intercepted seven passes the year prior. Young had been a consistent playmaker on defense during his career, but a 4.8 40-yard dash time at FAU’s Pro Day kept him from being drafted. He’s still looking for an NFL free agent deal.

BREAKOUT CANDIDATE
Jeff James: Lane Kiffin hasn’t experienced much success with junior college transfers in their first season as an Owl, but James’ situation is a little different. He succeeded on the field at Miami as a true freshman before being dismissed from the Hurricanes following an off-field incident. James won’t be overwhelmed by the move from JUCO to FBS. With both Adams and Young enjoying strong springs, if James is able to break into the safety rotation, it will mean he’s playing really well.