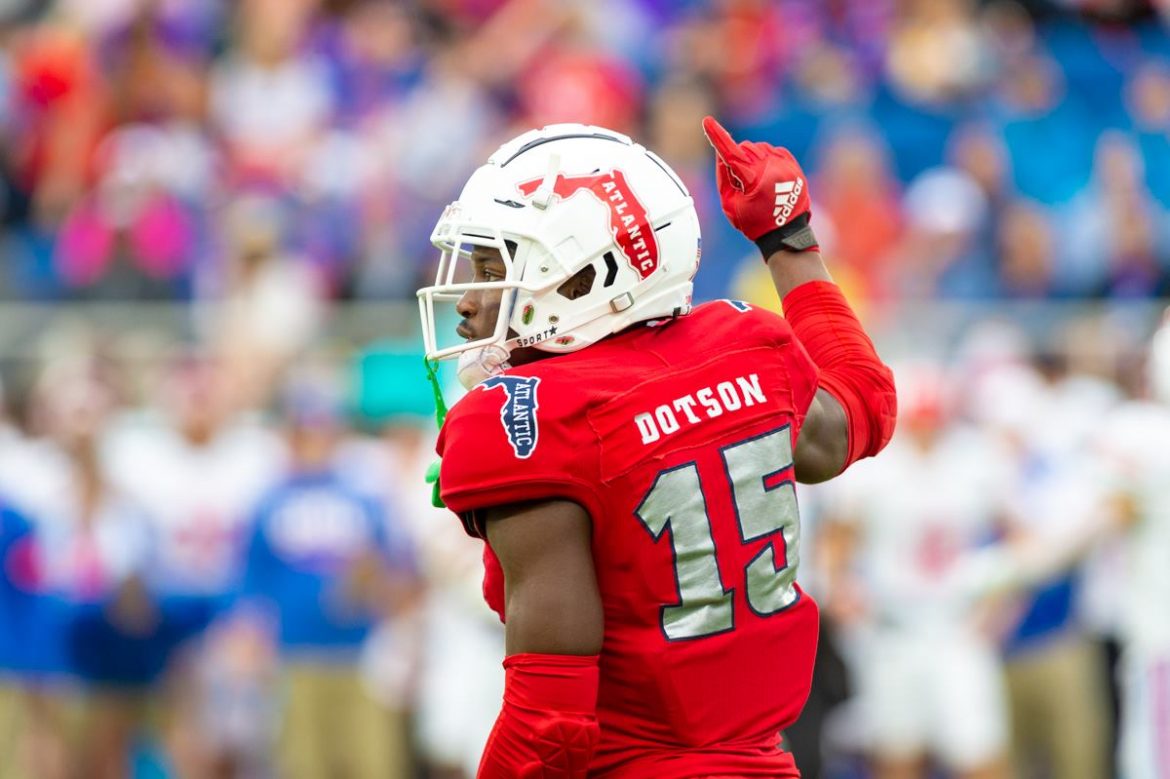 FAU CB Meiko Dotson is the Owls Defensive Newcomer of the Year for 2019. (Photo by Maxx Jaxx)

BOCA RATON – Meiko Dotson figured to be a strong candidate for the 2018 FAU Defensive Newcomer of the Year.

A hip injury that ultimately required surgery rendered that possibility impossible, forcing him to sit out the year.

Dotson missed spring practices and was still trying to regain form early into 2019’s fall camp. Once the season started, however, Dotson found his legs.

Though he only started on game, Dotson still intercepted nine passes – tying for the most in the nation. Dotson became the only Owl to earn Defensive All-Conference USA honors.

Dotson intercepted two passes in the C-USA opener against Charlotte. He nabbed two more the following week against MTSU. His third multi-interception game came in the regular season finale against Southern Miss. FAU won all of those games.

The dominance continued in the postseason, when Dotson intercepted one pass in the Conference USA championship game and another in the Boca Raton Bowl.

Considering Dotson’s injury history and the NCAA’s growing lenience in granting such petitions, it’s likely Dotson will enjoy one more season in Boca Raton before getting his shot in the NFL.

Since we consider redshirt freshman as newcomers, we still consider Dotson, who never played last season, a newcomer. By setting the FAU single-season record for interceptions, Dotson claimed our FAU Defensive Newcomer of the Year Award, and it wasn’t really all that close.

Linebacker Caliph Brice, a JUCO transfer, showed promise when giving the opportunity and should play a key roll for the Owls next season.

The runner-up, however, probably goes to punter Matt Hayball, who averaged 43.5 yards per punt with eight punts of 50 yards or more and a long of 77. He pinned opponents inside their own 20 nearly one-third of the time and didn’t have a punt blocked. If OwlAccess.com awarded a Special Teams Newcomer of the Year, it would have gone to Hayball. 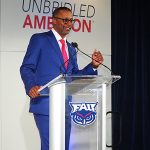 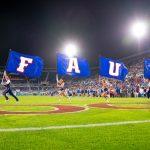