No Time To Panic
FAU coach Charlie Partridge says radical change isn't necessary to turn around what has been a dismal season. 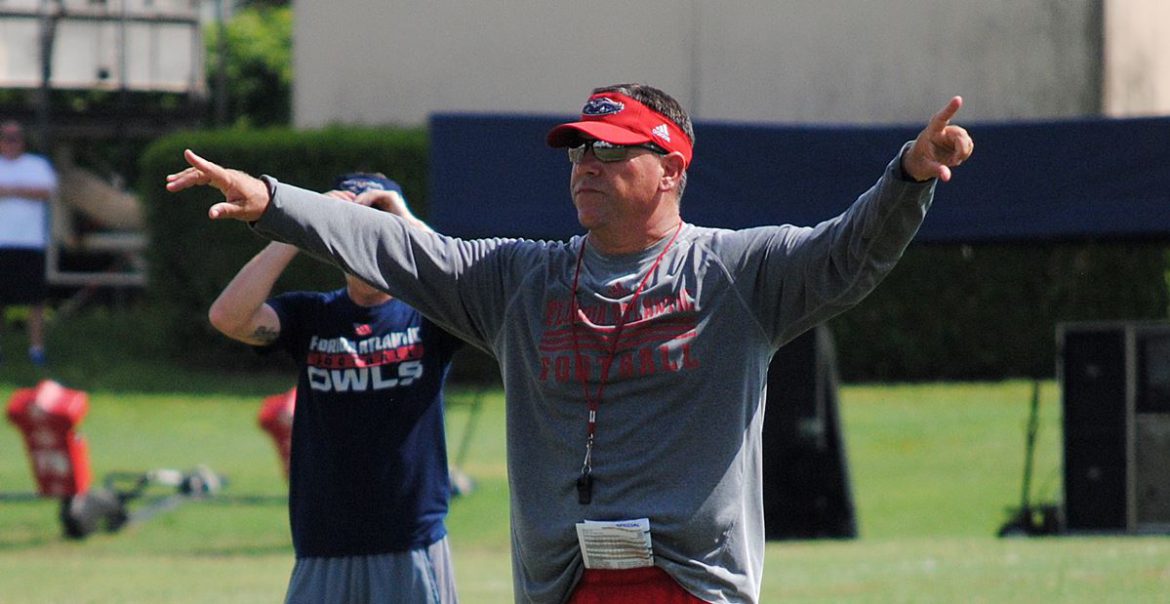 BOCA RATON – Charlie Partridge doesn’t believe a radical change to the way FAU goes about its business is needed to snap the Owls out of their current six-game losing streak.

Change for change’s sake could do more harm than good, he figures.

“We do make changes, but to make a wholesale, gigantic change for the sake of change, I would believe you have the chance of losing your kids,” Partridge said. “We don’t need to do that.”

As he has done frequently over the course of the past month, Partridge pointed out that the Owls are only a few plays in each game from owning a much better record.

Saturday’s 27-21 loss at Marshall was FAU’s fourth loss in as many games by six points or less.

“We’re losing some close games that are heartbreaking losses,” Partridge said. “Kids continue to come back and fight, and were getting better. There are signs all over the tape that we’re getting better as a football team. To (make radical change) would show a sign of unnecessary panic. I don’t want to live in that world.”

Partridge says he isn’t the only one seeing progress.

“I got texts from coaches all over the country in the last 24 hours that we have common opponents – so teams are watching the Marshall game, teams are watching other games that we played – that just say how close they see we are, how much better we are getting,” Partridge said. “So it’s encouraging. I’m excited to see that from my peers.”

FAU’s schedule does dictate that there will be some changes this week. Without a game on Saturday, the Owls will use Tuesday’s and Wednesday’s practices to add some live tackling drills and develop their younger players.

Many of the Owls assistants will be away from the Oxley Center on recruiting trips, but they will return by Thursday when FAU begins preparation for their Oct. 29 game against Western Kentucky.

Two years ago, when FAU entered its bye week at 2-4, Partridge used what he saw during the bye week to make the decision to remove the redshirt from then-true freshman running back Buddy Howell.

“That bye week helped solidified how much more we wanted to get him involved,” Partridge said.

In the coming years Partridge hopes to have a team almost equally divided between game-ready players who take the field every Saturday and those in the development program who may be a year or two away from contributing. The Owls aren’t there yet.

FAU’s lineup on Saturday featured only five seniors among its 24 starters. Conversely, the Owls started eight players, including quarterback Jason Driskel, who are in their sophomore or freshman seasons.

“When we get into that position where we have that development group and a group that’s playing, then we are going to be a scary, scary football team,” Partridge said.

“The problem is we have too many guys from this group over here, that development group, that we’re asking to grow up right now – and it’s happening in front of our eyes. And that’s why I’m so encouraged about how close we are. But I also understand that those who love this program and who are invested emotionally are frustrated as well because they want to see wins just like we do. They’re going to come.” 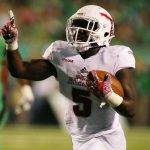 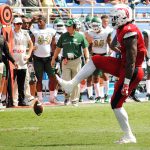 Is Charlie watching the same team I am?

I’m glad he’s not a physician. The patient would be dead. Actually, I agree that there should be no one in panic. But it is time to make systemic changes.

FIRE TRICKLE NOW! That’s not an act of panic. That is an act of common sense.