Offensive Intervention
FAU coach Lane Kiffin says it was harder than he expected to leave all the offensive responsibities to Kendal Briles. He became more involved in the game plan as 2017 progressed. 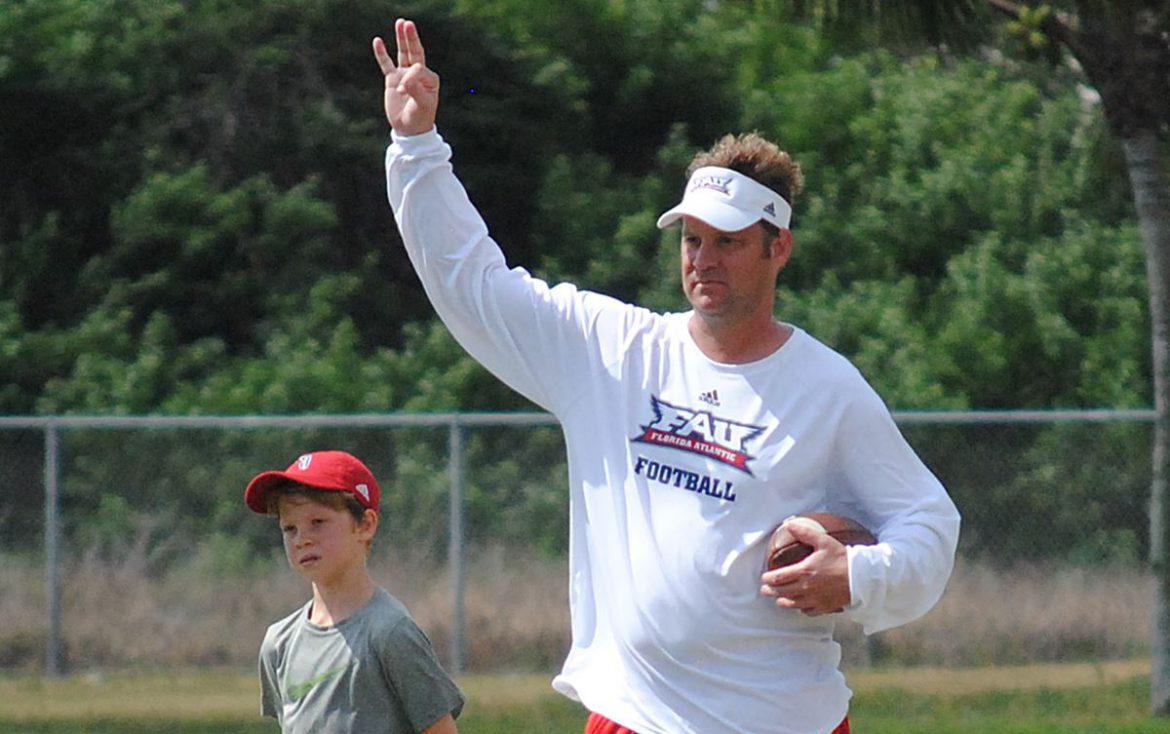 BOCA RATON – Offensive guru Lane Kiffin didn’t find being the CEO – and only the CEO – of the FAU football program as easy as he thought it would be.

After FAU dropped its first two games of last year’s first season, Kiffin elected to take a larger role in the Owls’ offense.

“It wasn’t as easy as I thought to just sit back and not call plays,” Kiffin said. “I think I got more involved in daily planning, game planning, but not as far as, he called the plays.”

The “he” Kiffin is referring to was then-offensive coordinator Kendal Briles. Kiffin hired Briles to bring the Baylor offense to FAU.

Initial results proved deflating. FAU dropped its first two games of the season, falling to Navy 42-19 and Wisconsin 31-14. Devin Singletary only carried the ball six times against the Midshipmen and 17 times a week later in Madison – a dearth made even more alarming considering the explosive Singletary would juke, slither and power his way 1,920 yards and an NCAA-high 32 rushing touchdowns on the season.

“You figure out your team after a couple games,” Kiffin said. “To me, after the first two games it was really obvious that we should be a running team. We have some really good backs, especially one exceptional one, and the first game, whatever, you touch the ball two times in the first half or whatever? But that’s the head coach’s job.”

The offense took off once FAU become a run-first unit. FAU led Conference USA by averaging 285.3 yards on the ground per game, nearly a full football field more than second place Rice. The conference named Singletary its MVP.

FAU won its final 10 games, claimed the Conference USA championship and the Boca Raton Bowl title. (The switch from Daniel Parr to Jason Driskel most certainly impacted FAU’s growth, too.)

While Kiffin intervened to emphasize the running game while game planning for upcoming opponents, he insists that the play calling duties remained with Briles.

“Kendal called the plays,” he said.

Following the season Briles left FAU for the same position at Houston. Kiffin brought Briles to FAU so he could learn the Baylor offense from one of its creators. That course is complete. Now Kiffin is once again the teacher.

Weis Jr. and Kiffin worked together at Alabama as analyst and coordinator, respectively. The duo demonstrated a good working rapport during spring practices, but Kiffin did intervene with mid-practice suggestions more frequently than he did when Briles ran the offense.

Kiffin’s relationship with Weis will undoubtedly be a frequent topic during FAU’s time in the C-USA spotlight at this week’s media days in Frisco, Tex. Kiffin is scheduled to address reporters Thursday morning, as are Singletary, the preseason C-USA Offensive Player of the Year, and linebacker Azeez Al-Shaair, the preseason Defensive Player of the Year.

Throughout spring Kiffin insisted that Weis will handle play-calling duties. But Kiffin will certainly be ready to provide, shall we say, suggestions.

Offensive Intervention
FAU coach Lane Kiffin says it was harder than he expected to leave all the offensive responsibities to Kendal Briles. He became more involved in the game plan as 2017 progressed.
was last modified: July 18th, 2018 by Chuck King
0 comment
3
Facebook Twitter Google + Pinterest 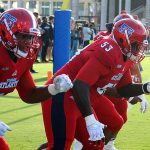 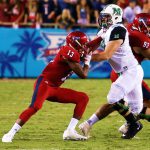