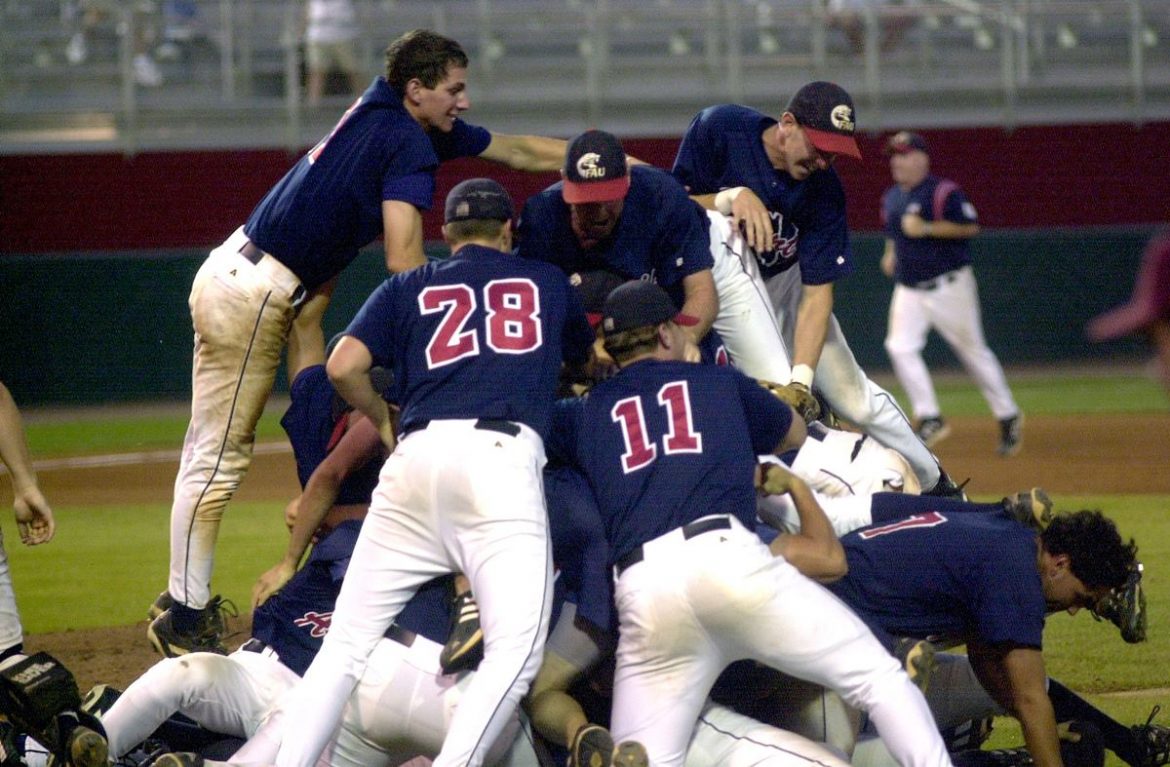 FAU players celebrate following the final out of the Owls victory over Alabama in the 2002 NCAA Tuscaloosa regional. (Photo courtesy FAU Athletics)

It’s become commonplace for FAU baseball to reach the NCAA tournament, but 17 years ago that wasn’t the case. The Owls’ best postseason showing arrives at No. 5 in the Top 25 FAU Games Ever Played.

FAU had never advanced further than an NCAA regional until the Owls traveled to Tuscaloosa, Ala., in 2002. Florida Atlantic entered the final day of the regional needed only one win over regional host Alabama to advance.

No. 5 Best FAU Game Ever Played

Already a regional program on the rise, in 2002 FAU baseball made the program’s third NCAA tournament appearance, intent on raising its national profile.

To advance to its first super regional, FAU needed to beat Alabama in one of potentially two Sunday games. Alabama took the first one 7-2, forcing a winner-take-all regional final.

L.J. Biernbaum’s two run single in the top of the third gave the Owls, who at the time went by the nickname “Blue Wave,” an early 2-0 lead, but the Crimson Tide responded with a run in the bottom of the inning and the tying run in the fourth. Freshman Jeff Fiorentino’s two-run homer in the fifth put FAU back in front.

Alabama’s three-run sixth left the Owls trailing for the first time, but the Owls managed a run in the eighth, sending the game to the ninth tied at 5. The Owls appeared to have taken the lead in the eighth when Jeremiah Creech raced home on a sacrifice fly, but Alabama appealed that Creech left third too early and the umpires controversially agreed, sending an enraged coach Kevin Cooney flying out of the dugout.

FAU manufactured a run in the top of the ninth with a Derek Hutton walk, a sacrifice bunt, and a two-out RBI single from Fiorentino.

In the bottom of the inning the Crimson Tide put a runner on second with only one out, but Tim McNab struck out Adam Pavkovich, then induced an Allen Rice groundout to short to send the Owls to their first super regional.

Georgia Tech swept FAU the following week in Atlanta and, while the Owls have come close to winning a regional a couple different times since, FAU has never advanced past the regionals since.

The Winning Inning – FAU coach Kevin Cooney, as told in his Diamond Diary

Freshman Derek Hutton lays off a high fastball and draws a leadoff walk. Senior Bobby Spano looks at me and gets the bunt sign. I turn to [assistant coach Jim] Lyttle and say, “The season is coming down to Spano and a bunt!” Lyttle’s reply? “He’s the best bunter in Alabama.” We both laughed and turned to watch Bobby lay down a textbook bunt and move Hutton into scoring position. Gabe Somarriba steps in and all our prayers turn to our senior captain. But a senior doesn’t always have to be the hero. Gabe flew out and freshman Jeff Fiorentino got ready to carve out his spot in FAU history. Jeff took a pitch and then drilled a single through first and second. Hutton raced for home carrying the hopes and dreams of thirty two players, coaches, trainers, SID’s, and the thirty three FAU friends and families out of the fifty five hundred people in the stands! The dugout emptied and surrounded homeplate… Spano was holding my leg screaming. I was saying, “He’s dead!” The umpire said “SAFE SAFE.” FAU takes a 6-5 lead.

Bottom of the ninth.

Tim McNab is a slow worker on the mound. In this situation he was PAINFULLY slow. Timmy struck out the first hitter. I could see he had good stuff but the hitter was Beau Hearod again. Tim held him to a single. Hearod moved up on a ball in the dirt so it now came down to getting two outs with the tying run on second and the noise level approaching a Springsteen concert in the Meadowlands! Timmy stared in, reached back and struck out the next hitter. One out to go. Spano walks toward the mound. McNab steps toward him and says “Take a step to your right Bud, this one’s coming to you.” With a 1-2 count, Timmy threw a slider and a slow roller was hit to Spano. Bobby played it like it was the first groundball of the Spring, throwing on the run, putting some air under the throw. Jeremiah Creech was playing first in place of the injured Rusty Brown. When Jeremiah’s Mom saw him at first she looked at her husband and said “He’s never played first!” Just like the old time players did, Jeremiah reached out and caught Bobby’s throw with two hands!

It was over. The most dramatic, important, challenging, toughest game in FAU history. As the dogpile went on at first base, the scoreboard flashed FAU REGIONAL CHAMPIONS!!! What a day. What a bunch! The stadium went quiet except for a bunch of happy guys hugging everyone in sight.

The rest has been a blur. Tiny on the bus, dinner afterwards, watching the end in the lobby, seeing Core and Lopez searched at every stop of our trip, the FAU police escorting the bus instead of chasing our players, TV and newspapers, families and friends waiting at school, MB and the kids greeting us as we got off the plane, so much to remember. So much still to do.

No. 5 Bama Breakthrough
FAU used some late-inning magic to defeat Alabama and advance to the NCAA's super regionals in our No. 5 Top FAU Game Ever Played.
was last modified: July 10th, 2019 by FauOwlAccess
0 comment
0
Facebook Twitter Google + Pinterest 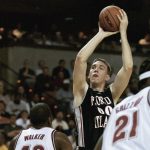 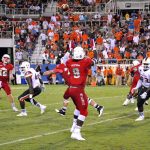