Late Surge
FAU tight end Tyler Cameron's pro day results weren't spectacular, but they were good enough to make a handful of NFL scouts to consider what he could bring to their teams. 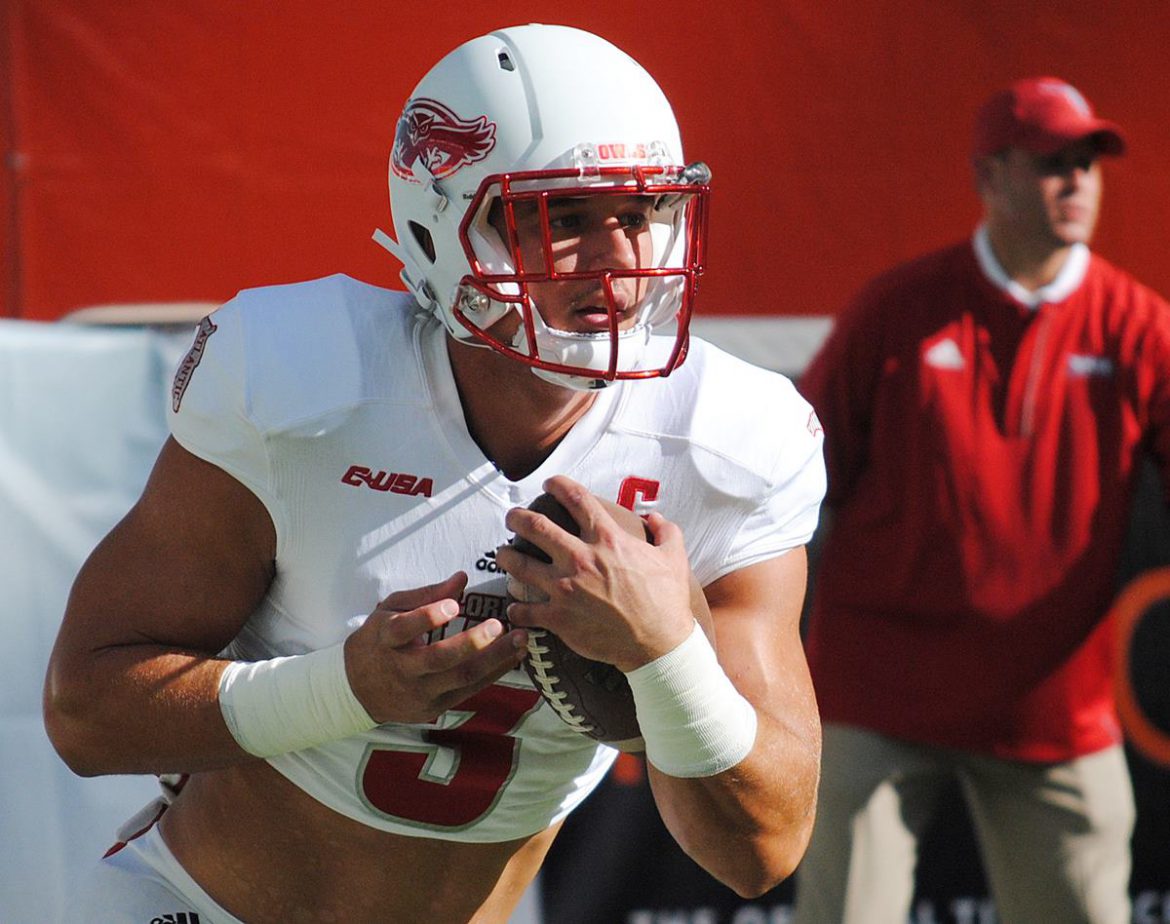 Tyler Cameron caught 20 passes in 2017 for FAU - fourth most among the Owls. (OwlAccess.com photo)

In the coming days he’ll learn whether he did enough to get one team – any team – to take a chance on him.

“Hopefully I created a bit of a market for myself,” Cameron said.

Cameron believed that if he could get the attention of scouts, he could convince them he was an NFL-caliber player.

Prior to FAU’s pro day, the Denver Broncos were the lone team to reach out to Cameron. Afterward? Ten teams, including Cleveland, Buffalo, Detroit, Miami and Jacksonville have shown interest.

“I though my pro day was going to be able to put me on the map,” Cameron said. “Trey Hendrickson was a big help, bringing 27 guys helped us all out.”

It’s easy to understand why scouts were slow to move on Cameron. He played quarterback at Wake Forest before transferring to FAU, where he converted to tight end.

Last season, as a senior, the undersized Cameron didn’t show the kind of production that would make more than a ripple in the NFL’s draft pond. With the Owls struggling in the passing game, Cameron spent most of his time as a blocker. His 20 catches for 252 yards and a touchdown didn’t land Cameron on any watch lists, though he did have the fourth-most catches on the team.

His pro day results didn’t exactly scream “can’t miss,” either. At 6-foot-3, 232-pounds Cameron was about 20 pounds heavier than his senior-year playing weight. He was disappointed with his 4.72-second time in the 40-yard dash, expecting to run something closer to 6.6.

But he did bench press 225 pounds 22 times – only two tight ends at the NFL’s Scouting Combine did more. He ran crisp routes and displayed good hands. Scouts picked up on his athleticism, with some figuring he might be a fit in the hybrid tight end-fullback spot many NFL teams now employ.

“The have their big prototype tight ends and they have their speedier tight ends on the outside to create mismatches,” Cameron said.

Cameron wants NFL scouts to see him as a grinder. He’s even learned to be a long snapper, adding to his versatility.

“That will bring a little value to me,” Cameron said.

Cameron remains a long shot to make an NFL team. He won’t hear his name called on Thursday when the NFL holds the first round of its 2017 draft. Friday, when rounds two and three take place, will pass quietly, too.

In all likelihood Saturday’s final rounds will also count away without teams taking a chance on Cameron. It won’t be until after that final round concludes that Cameron may have a choice to make. He’ll be free to sign with any team.

The question then becomes, Will the phone ring?

“I just want to get my shot,” Cameron said.

Late Surge
FAU tight end Tyler Cameron's pro day results weren't spectacular, but they were good enough to make a handful of NFL scouts to consider what he could bring to their teams.
was last modified: April 27th, 2017 by Chuck King
0 comment
2
Facebook Twitter Google + Pinterest 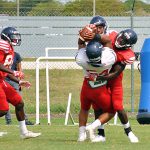