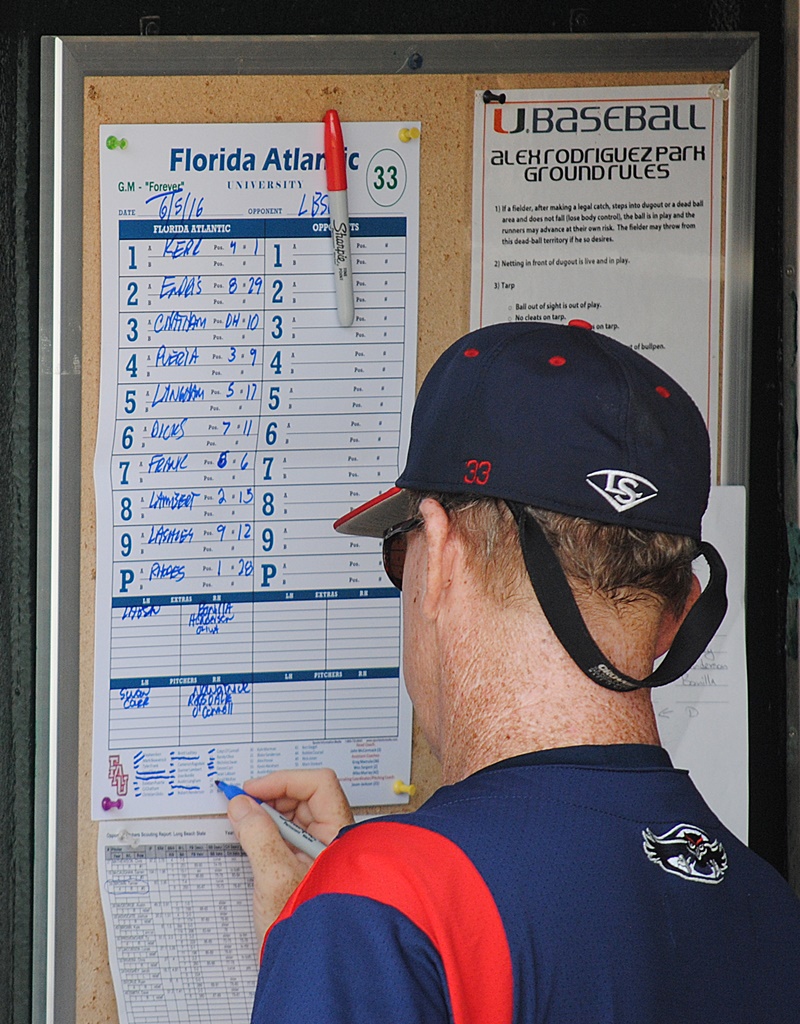 FAU can’t seem to get its bats swinging.

The Owls managed only six hits and were shut out for the first time this season in a 4-0 loss at Oregon.

Hot-hitting Tyler Frank led off the game with a double and advanced to third on a sacrifice, but was stranded there. That set the tone for Owls offense.

“To me, it starts in the first inning,” FAU coach John McCormack said. “You get a lead-off double coming off a 5-0 victory, they’re probably a little unsettled. Then we get the sac bunt down, we gotta score there. We didn’t, and it changed the complexion of the game.”

Trailing 4-0 in the ninth, Cody Wilson and Andru Summerall drew back-to-back walks to begin the inning. Joe Montes followed with a drive that seemed destined to be a run-scoring extra base hit into the right-center field gap, only to have right fielder Jakob Goldfarb rob him with a diving catch.

FAU starter Vince Coletti began the game by tossing five scoreless innings, but couldn’t get out of the sixth, where he allowed two runs.

Sliding Backward: Eric Rivera, David Miranda and Pedro Pages – the Owls’ No. 3, 4 and 5 hitters – were a combined 0-for-11. …Blake Sanderson allowed two runs on two hits and a walk in 2/3 of an inning. …Designated hitter Andru Summerall went 0-for-3.

Key Stat: 9 – runners left on base by FAU. The Owls put runners on base in seven of their nine innings.

Up Next: FAU will attempt to salvage a series tie with Oregon on Monday, sending Nick Prather to the mound. First pitch is scheduled for 7 p.m.