Midseason Review:
Special Teams
After a rocky - at best - start to the season, FAU's special teams are showing signs of improvement and, in fact, are among the nation's best in some categories. 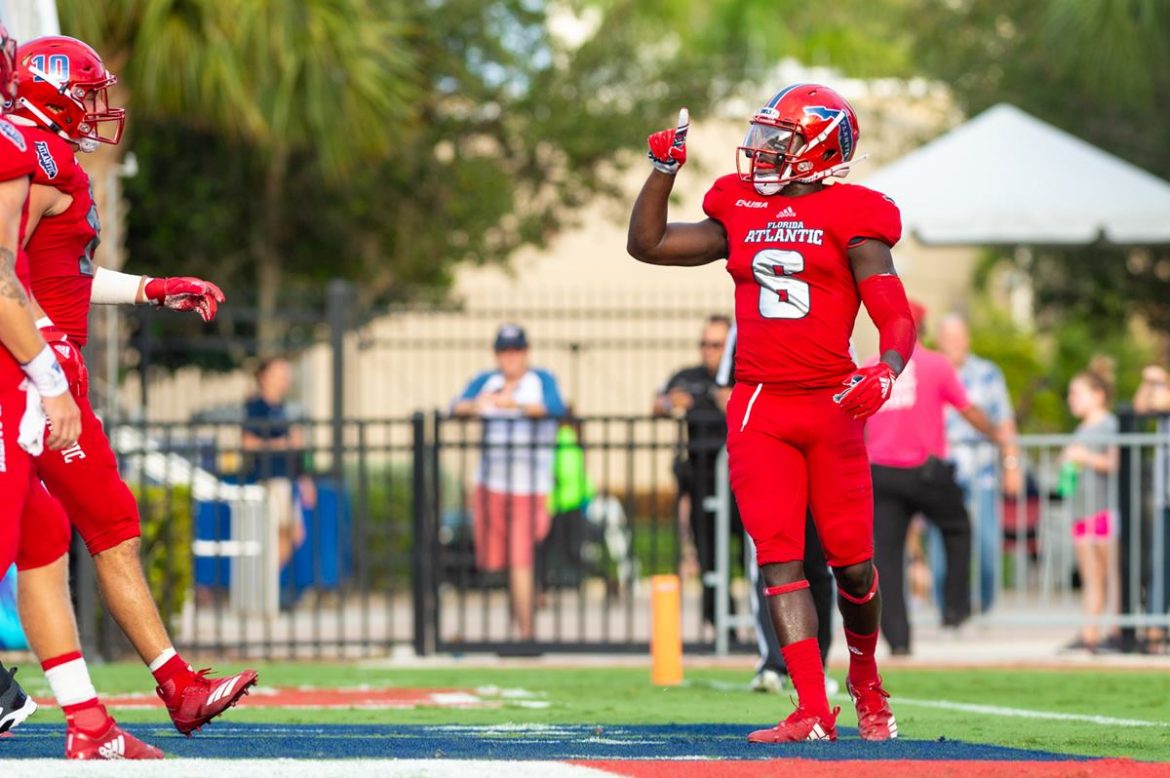 BOCA RATON – The first half of the season hasn’t exactly been kind to FAU’s special teams.

A young and inexperienced unit, the Owls have made more than their fair share of mistakes in the kicking game. The big plays haven’t been nearly as plentiful, but they’ve been there too.

And, as a unit, FAU’s special teams made strides during the first six weeks of the season.

What exactly went right and what went wrong for FAU in the first half? Glad you asked. Today our Chuck King and Wajih AlBaroudi conclude our midseason FAU football review by reviewing the special teams.

MVP
King: Is it OK to say Chris Robison? Well, as spectacular as Robison’s been as QB/punter, and as exciting as Kerrith Whyte’s returns have been, let’s go with linebacker Akileis Leroy. All eight of the sophomore’s tackles this season have come on special teams. He’s a ball of energy racing down the field on kickoff coverage. Even when Leroy doesn’t make the tackle – which is rare – he can be found leaping through the end zone trying to ignite the crowd.

AlBaroudi: Kerrith Whyte. While his role as a rusher has expanded over the past few weeks, Whyte’s productivity as a return man is arguably his biggest impact on the team. The redshirt-junior ranks fifth nationally in kickoff return average at 31.7 yards per attempt, giving FAU great field position to start drives and the momentum it needs to put points on the board. Explosive returners like Whyte are hard to come by, as he is one of only two Conference USA players to have scored off a kick return through the halfway point of the season.

BREAKOUT PLAYER
King: Kicker Vladi Rivas. Cheating a little bit here because part of this choice is based on what’s expected to happen over the second half of the season. Injured throughout the first half, Rivas, a redshirt freshman, still made four of his five attempts. He’s healthy now and enters the second half of the season third among FAU players in scoring with 30 points.

AlBaroudi: Chris Robison. Fans and the opposing sideline alike looked perplexed when quarterback Robison took a snap out of the shotgun formation, snapped his leg back and launched a 58-yard punt inside UCF’s 10-yard line. He did it again minutes later – that time, a 42-yarder that was downed at the UCF 12. Gimmick or not, the stats say Robison’s leg strength might rival that of his arm. While he’s had only three attempts on the year – none of which the opposing team had a returner on the field – his 52.3 punt average ranks fourth nationally. His Boom Rating of .891 on the FAU/Jaffe Punter Index leads the nation among players with at least three punts. To put that in perspective, Michael Dickson – now with the Seattle Seahawks – led the nation last season with a Boom Rating of .715

HIGH POINT
King: Kerrith Whyte’s 100-yard kickoff return for a TD. With the Owls faltering early in the second half against Old Dominion, Whyte reclaimed momentum for FAU by going coast to coast for only the second kickoff return touchdown in FAU history. The return ignited Owl fans and allowed FAU players a moment to reset. The Owls ultimately cruised past ODU 52-33.

AlBaroudi: Vladi Rivas’ 2-2 day against Air Force. The stage wasn’t too bright for the redshirt-freshman in his first collegiate home game. He knocked in FAU’s first six points of the game on a pair of short field goals from 24 and 34 yards out respectively. His successful kicks helped alleviate the red zone frustrations FAU had early on, and when Devin Singletary finally hit paydirt in the second quarter, it meant the Falcons would need two touchdowns to take the lead. Those points ended up being the difference in the game, as the Owls won by only six.

LOW POINT
King: FAU’s punting effort vs. Oklahoma. Facing a fourth-and-23 on the first possession of the season, freshman Sebastian Riella’s punt – the first of his collegiate career – didn’t even reach the first down yard marker. The Sooners blocked his second punt before it even reached Riella’s foot, then returned it for a TD. There have been awful special teams moments in the games that followed, but these first two trips onto the field set the tone for the season.

AlBaroudi: Having a punt blocked for a score and failing to corral the ensuing onside kick against Air Force. With less than a minute remaining and the Owls owning a 13 point lead, Riella lined up to punt in a game that was seemingly over. They key word is seemingly. The kick was blocked, then recovered by Air Force’s Lakota Wills for a touchdown. FAU was still well in control despite the error – until it committed another special teams blunder. The Falcons’ onside kick was bobbled by the FAU hands team, an Air Force player quickly taking advantage by jumping on the loose ball and giving possession back to his team, then down six. A well-timed Rashad Smith interception on Air Force’s final drive ended the drama and sealed an FAU win.

PLAY OF THE YEAR
King: With FAU already leading 22-0 in the first quarter against Bethune-Cookman Ahman Ross drilled Que’shaun Byrd on a kickoff return forcing a fumble. Silver Saunders jumped on the loose ball at the B-CU 9 for the first fumble recovery of the season. Two plays later, Devin Singletary had his fourth rushing touchdown of the quarter. Oh yeah, that Whye kickoff return for a TD was pretty epic, too.

AlBaroudi: Kerrith Whyte’s momentum-shifting kickoff return touchdown against Old Dominion. FAU gave up two-consecutive touchdowns and was up by only five after leading by 19 at the half, Whyte turned on the jets and housed a kickoff return to end the surging Monarchs’ third-quarter scoring run. The 100-yard return was the longest in FAU history. The Owls’ offense shot back to life after Whyte’s energizing play, scoring three additional touchdowns in a resounding 52-33 victory.

AlBaroudi: Silver Saunders. The senior walk-on has been one of the Owls’ most reliable special teamers this season, and is a big reason why opposing teams have mustered only 14.96 yards per kick return (No. 3 in FBS) through six games. He has three tackles on the year and recovered a fumble on kick-off coverage against Bethune-Cookman. Controlling field position will be pivotal for the Owls, who have dynamic offenses like North Texas and FIU left on the schedule. Saunders will be counted on heavily to ensure those high-scoring squads earn every yard offensively, not giving it up the easy way on runbacks.

Midseason Review:
Special Teams
After a rocky - at best - start to the season, FAU's special teams are showing signs of improvement and, in fact, are among the nation's best in some categories.
was last modified: October 13th, 2018 by FauOwlAccess
0 comment
0
Facebook Twitter Google + Pinterest 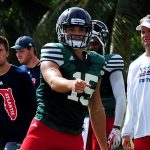 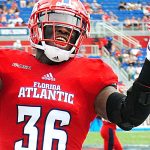