Back Running
Lane Kiffin compared D'Anfernee McGriff to LenDale White. A WR and TE last year, McGriff is playing running back this spring for FAU. 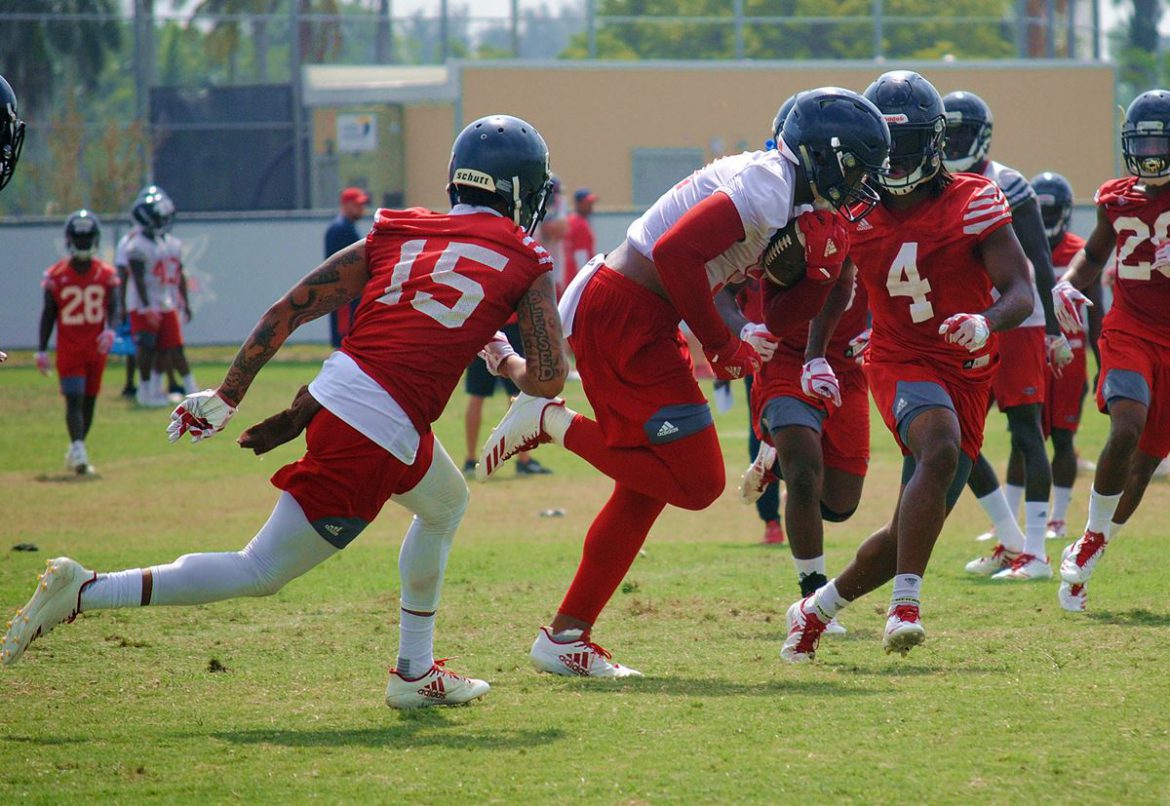 D'Anfernee McGriff bursts into the secondary as a running back during spring practice. (OwlAccess.com photo)

BOCA RATON – D’Anfernee McGriff didn’t play running back last season but he feels quite at home in that meeting room.

A wide receiver who moved to tight end midway through last season, McGriff spent the first week of spring practice as a ball carrier.

“I was very excited, especially to get coached by coach [Kevin] Smith, who is also great,” McGriff said of the move. “I love it.”

McGriff isn’t exactly a stranger to the position. Out of his school he signed with Florida as a running back, but ended up attending Iowa Western Community College.

Kiffin served as White’s offensive coordinator before the big back graduated to the NFL.

“It’s always an honor to get compared to someone who’s made it to the highest level,” McGriff said. “I’ve got to take pride in that and embrace that.”

White lost 23 pounds in the offseason to get closer to 200 pounds. He runs with an upright style, but does show a deceptive burst once he cracks the line of scrimmage.

That speed is part of what attracted Florida’s attention. McGriff said the last time he ran the 40-yard dash was back in high school. He ran a 4.34.

“I feel my speed coming back,” McGriff said. “I just feel better.”

McGriff’s move adds depth to a running back position hit hard by graduation and injury.

Feature back Devin Singletary returns, but Buddy Howell and Marcus Clark will both be showing off their skills in front of NFL scouts on Tuesday during FAU’s Pro Day.

Tyrek Tisdale is still recovering from a knee injury suffered last season and is being withheld from contact.

With running backs Malcolm Davidson and B.J. Emmons headed to FAU in the summer, McGriff’s time at running back could be temporary. Even if that is the case, it’s clear FAU is trying to find ways to incorporate McGriff into the offense.

“It’s exactly how I look at it,” McGriff said. 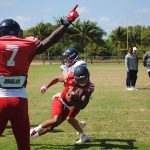