Making a Case
FAU AD Brian White is selling a program with rising national interest and Lane Kiffin as reasons bowls should want the Owls - should they beat Charlotte on Saturday. 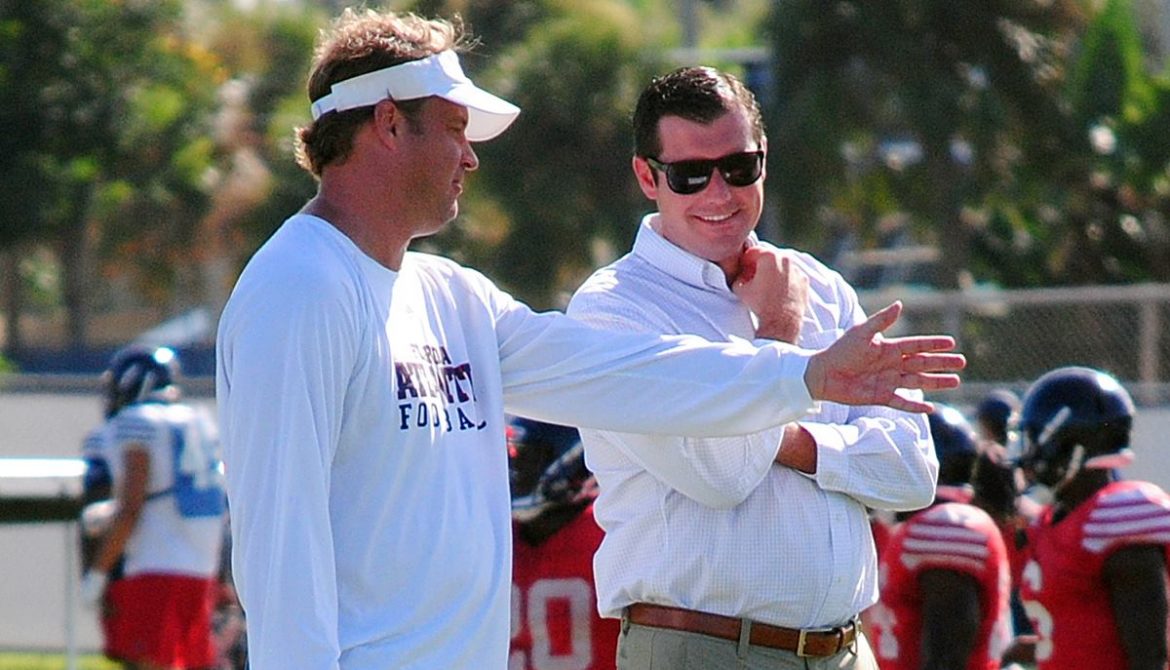 BOCA RATON – It wasn’t too long ago that FAU athletic director Brian White would have spent the past week, and potentially next week, constantly on the telephone with bowl representatives selling the Owls as an attractive choice for their game.

With bowl contracts now signed years in advance determining which conferences will send teams to which bowls, there isn’t much room left for glad-handing your way to a bowl bid.

“We have relationships, they help,” White said. “A relationship doesn’t supersede a contract. When bowl games have contracts, sometimes there’s not a whole lot you can do.”

There are 78 bowl slots this season, and 71 teams have already clinched bowl eligibility. Three more games this week feature two five-win teams, so that number is certain to grow to 74. Nearly 20 other teams still have a shot to reach the magical six-win mark. The likelihood that there will be more bowl eligible teams than bowl slots is great, meaning some of those six-win teams won’t go to a bowl.

Florida Atlantic is among the teams hoping to snatch its sixth victory of the season on Saturday, with Charlotte coming to Boca Raton on Saturday for a 6 p.m. kickoff.

“Step 1 is to win our final game and we’re very excited about that,” White said. “We need all the fans we can get in the stands.”

After a win, the Owls will have to wait. FAU likely won’t know for certain whether they will be playing in the postseason until the following weekend, when bids are announced.

Conference USA holds seven primary bowl tie-ins and two more secondary ones, which a C-USA team will fill if another conference doesn’t have enough bowl-eligible teams.

Six C-USA teams are already assured of filling those seven slots. FAU and Southern Miss, which plays 1-10 UTEP on Saturday, could both become eligible this week.

If both win, and all the other conferences manage to fulfill their bowl obligations, either FAU or Southern Miss will have played its final game.

“It really is a numbers game. You really don’t know, probably, until all the games are played,” White said. “I think for us the goal is to get to 6-6 and go to a bowl game, but a lot of it depends on, are there slots?”

Still, White isn’t sitting on the sideline waiting for events to unfold.

Geography and national recognition play huge roles for bowls when they select opponents.

From a proximity standpoint, the Boca Raton Bowl, which FAU won last season, and the Gasparilla Bowl in St. Petersburgh figure to have interest in the Owls. Both bowls have C-USA ties this season.

White is also hoping a national profile that’s on the rise will make FAU attractive to bowls outside the state of Florida that are interested in television ratings.

“I think [coach] Lane Kiffin is a selling point,” White said. “I think we’re a growing brand, a growing academic institution. If you look at our numbers from the number of impressions, the national media impressions, we get it’s pretty darn high compared to some of our peers.”

At this point, the only thing the Owls can control is their ability to be considered for a bowl. To do that, they’ll have to beat a Charlotte team that announced earlier in the week it won’t retain coach Brad Lambert next season.

If FAU grabs that sixth victory, their fate then rests with Conference USA officials and bowl representatives, with the hope that their rising national profile is alluring enough to overcome what would likely be an attendance hit. 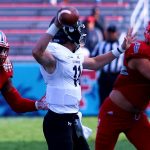