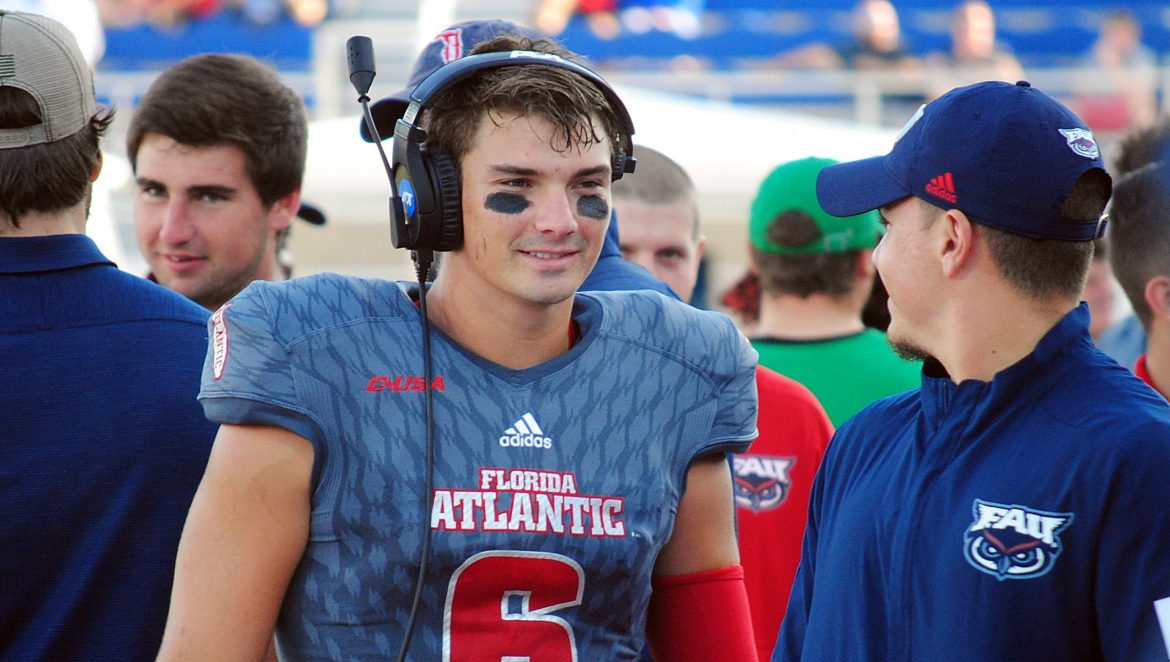 BOCA RATON – The Willie Taggart era will begin with Nick Tronti behind center.

On Monday Taggart named the redshirt junior his starting quarterback for Saturday’s season-opener at Georgia Southern.

“Nick Tronti will be our quarterback,” Taggart said. “He has the most experience out of the guys. He’s been consistent throughout training camp.”

“I would say it’s been a good battle,” Taggart said. “I think we’ve got four guys we can go out and win with. I think that’s what made it tough more than anything is all of those guys were making plays during training game.”

Tronti began his college career at Indiana before transferring to FAU prior to the start of the 2018 season.

As a backup to Chris Robison last season, Tronti averaged 4.7 yards per carry en route to 239 rushing yards – fourth most among Owls. He completed 17-of-22 passes for 180 yards and two touchdowns, with one interception.

Then-coach Lane Kiffin primarily employed Tronti as a change-of-pace quarterback in running situations as part of a TrontiCat package.

Robison left the FAU football team prior to the summer despite still having two years of eligibility remaining.

Taggart said Tronti’s play in Sunday’s scrimmage cemented the decision to give him the first start.

FAU kicks off its season at 3 p.m. in Stateboro, Ga., in a game televised on ESPN.