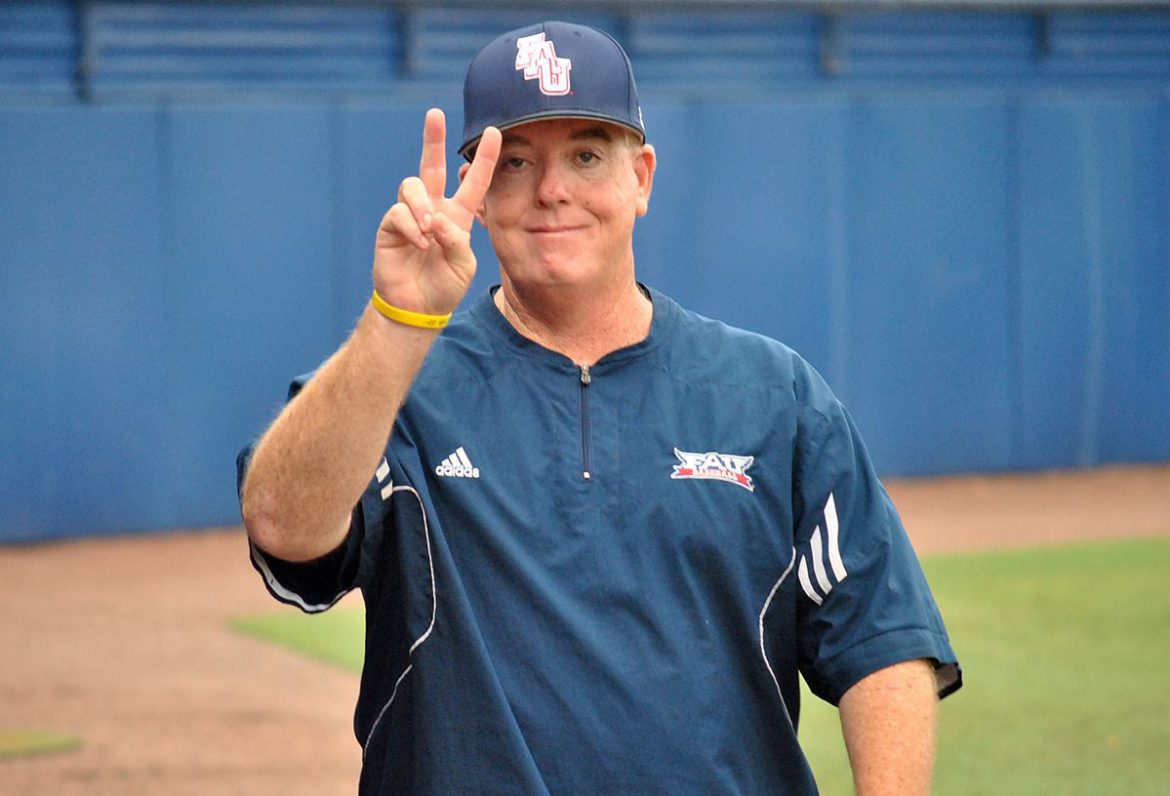 Conference USA selected FAU coach John McCormack as its Coach of the Year on Tuesday, one day before the conference-champion Owls open their C-USA tournament play against Texas San-Antonio.

McCormack led an FAU team picked in the preseason to finish third in the conference to a 22-8 record in league play, 37-18 overall, and its first C-USA regular season title since 2016. For McCormack, it’s his second Coach of the Year award, matching the one he received from the Sun Belt Conference in 2010.

Entering the C-USA tournament Pages is hitting .310 this year with a career-best .433 on-base percentage.

“I thought he’s caught, thrown the baseball, dealt with the pitchers better than anybody we’ve had here in a long time,” McCormack said.

In his first season as the Owls’ Friday starter Sanderson tied for the most wins among C-USA starters, posting a 7-0 record accompanied by a 3.68 ERA.

“If you look at the full body of work he’s pitched beyond expectations,” McCormack said.

FAU managed to win the outright Conference USA baseball title without having the best position player in the conference at any position.

Outfielder Andru Summerall joined Pages as an All-Conference USA second team performer. Summerall he has a team-high 54 RBI, fifth in C-USA, with 16 doubles, eight home runs and a .301 average.

Josey started 20 games at short committing only three errors in 93 chances, After five relief appearances in the team’s first 38 games, Josey moved into the rotation as the Owls’ Sunday starter, going 1-0 with a 3.29 ERA.

On Wednesday No. 1 seed FAU faces No. 8 UTSA in the first round of the C-USA tournament. First pitch is scheduled for 5 p.m. in Biloxi, Miss.