Losers Bracket Bound
No. 3 FAU falls to No. 7 Rice, will face No. 2 Louisiana Tech in elimantion later on Friday - weather permitting. 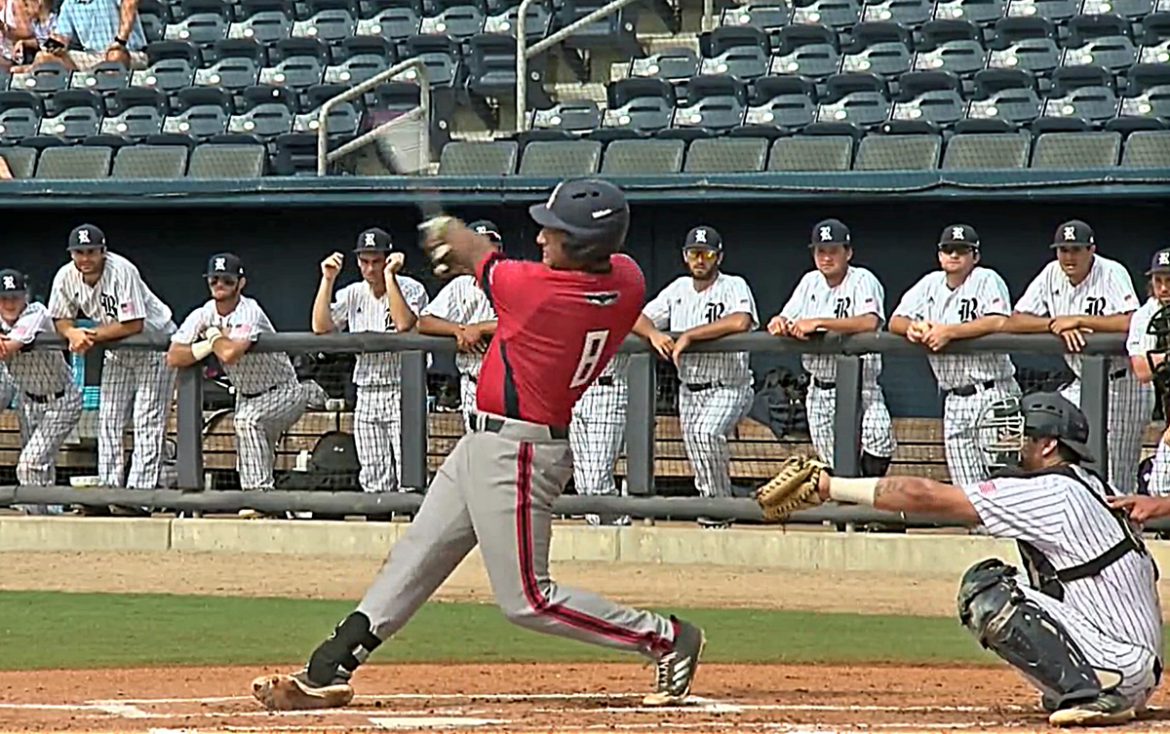 FAU 1B Andru Summerall blasts a third-inning homer against Rice in the C-USA tournament.

FAU had its chances but couldn’t produce timely hits in a 5-4 loss to Rice, dropping Florida Atlantic into the loser’s bracket of the Conference USA tournament in Biloxi, Miss.

No. 3 Florida Atlantic will face No. 2 Louisiana Tech in an elimination game scheduled to start at 5 p.m. on Friday.

There is, however, some concern that this loss could be FAU’s final game of the tournament – even the season. Forecasters are predicting rain in Biloxi later today that could last through the weekend. Rain clouds were already building during the final innings of FAU’s loss.

If rain washes out the remainder of Friday and Saturday, Conference USA could elect to change the tournament from its current double elimination format to single elimination. Should that happen, the Owls would be sent home.

“If you are in the losers bracket right now you are probably worried that they turn this into a single elimination [tournament],” FAU coach John McCormack said.

The loss dropped FAU’s record to 37-16-1. McCormack feels FAU’s body of work will lead to an NCAA tournament bid, but that is far from a certainty. Heading into this weekend McCormack believed two wins in Biloxi would lock up a spot for Florida Atlantic in the NCAA field.

To reach the C-USA finals following the conventional schedule, FAU would have to beat Louisiana Tech on Friday, then defeat Rice twice.

FAU had its chances to put Rice away early but couldn’t capitalize. On the afternoon FAU stranded 11 runners on base – seven of them in scoring position.

Jake Miednik made his second consecutive start in the Conference USA tournament for FAU, surrendering two runs in four innings.

Mark Nowatnick followed, pitching for the first time in nearly a month. Nowatnick allowed three runs in 2 2/3 innings, including a two-run seventh inning home run to Trey Cruz, which turned out to be the game winning run.

Wednesday’s hero, right fielder David Miranda, did not play against Rice because of a hamstring strain. Miranda drove in the winning runs against Florida International with a three-run single, but pulled up lame before reaching first base.

The Owls were already without cleanup hitter Pedro Pages, whose season is likely over after undergoing surgery to remove the hamate bone in his left hand.

With two of his biggest bats unavailable, McCormack shuffled his lineup. Tyler Frank hit third for the first time this season, but has yet to record a hit in the C-USA tournament. Lambert hit his homer out of the No. 2 spot. Jordan Poore played right field and batted seventh.

Freshman DH Jared DeSantolo went 4-for-5 and drove in a run for FAU. 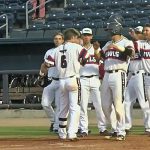