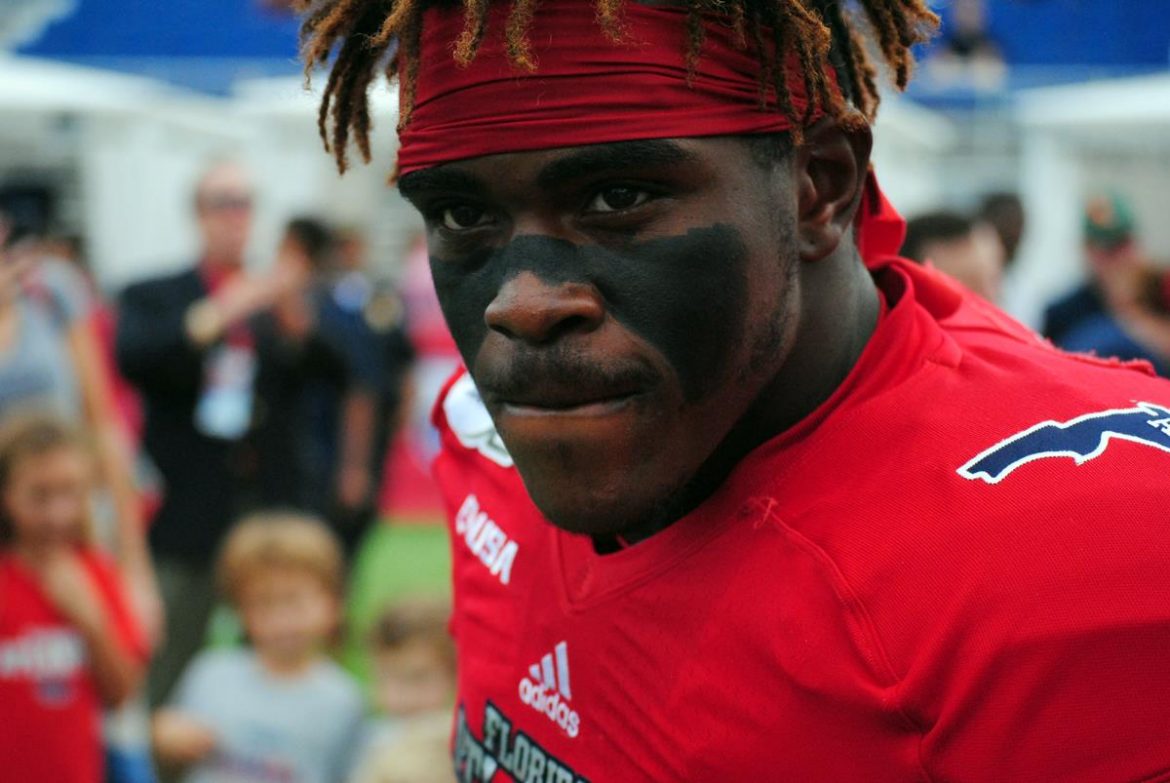 Conference USA picked Keke Leroy as its Defensive Player of the Week following a 12 tackle performance at WKU. (OwlAccess.com photo)

BOCA RATON – Conference USA named FAU linebacker Keke Leroy its Defensive Player of the Week on Monday, the third Owl to earn such honor this season.

Leroy recorded a career-high 12 tackles for the Owls defense. Two of those tackles were for loss. He also deflected a pass.

Leroy leads the Owls with 67 tackles, one more than Smith.

FAU WR DeAngelo Antoine received the honor on the offensive side of the ball in September.

SHULA BOWL PREVIEW
FAU’s won consecutive games and six of seven heading into the annual rivalry showdown against FIU. FIU brings back several key players on the offensive side. Quarterback James Morgan isn’t having quite the season he did as a freshman, currently having thrown for 1,660 yards and 10 touchdowns, compared to his 2,727 yards and 26 touchdowns performance last season.

Running back Anthony Jones, on the other hand, has been very impressive this season. After missing the first seven games of last year, he has rushed for 133 times for 638 yards and seven scores.

The FIU defense has given up 364 yards of offense so far this season. The 165 yards per game passing ranks sixth in the country. With FAU running backs struggling with injuries and a lack of running room, the Owls have relied heavily on quarterback Chris Robison, who has thrown for 2,339 yards on the season.

FIU’s weakness is its rush defense, allowing 199 yards per game and 19 touchdowns on the season. Even with the Owls being hurt at the running back position, last week they were able to rush for 189 yards and two scores.

C-USA NON-FAU GAME OF THE WEEK
UAB vs. Southern Miss. The high powered Southern Miss offense Goes up against a tough UAB defense with both teams hoping to keep hope alive for the C-USA West title. Southern Miss quarterback Jack Abraham faces his toughest challenge in conference play as he goes against a defense that only allows 162 passing yards passing a game. The game will be broadcast on the NFL Network, Saturday at 3:30.

7 – Rushing touchdowns by Larry McCammon, tied for sixth among freshman running backs in the nation

13 – Passes intercepted by the Owls this season, tied for third nationally.

17 – Touchdowns thrown by Chri Robison this season, second in the conference.

651 – Receiving yards by Harrison Bryant, most in the nation by a tight end. 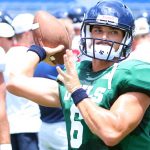 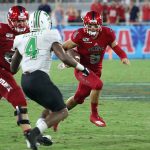