Lack of Toughness
FAU coach Michael Curry says his Owls lack toughness, which is why they stuggle late in games.

BOCA RATON – The pundits and talking heads will have the average fan think that the only way a basketball outcome is decided is by the final points.

After Saturday’s loss to Hofstra, Florida Atlantic head coach Michael Curry made it clear that the Pride scoring more points in an 88-80 victory over FAU wasn’t the sole reason the Owls fell to 2-5.

“We did a lot of really good things and a lot of things I can look back on the tape and like, but there were two things we talked about before the game: toughness and attitude,” Curry said after his team’s first loss at home. “That was it. We didn’t have that.”

Sitting at 2-3 after consecutive home wins over Edward Waters and South Florida, the Owls lost each of their two games this past week after second-half collapses against both UT-Martin and Hofstra.

Tuesday’s 82-81 loss to UT-Martin was literally decided in the final seconds, with the Skyhawks’ Kedar Edwards’ sinking a three-pointer with 1.3 seconds left on the clock.

The final outcome was a bit tougher on Saturday, when the Owls were outscored by a 19-7 margin in the final five and a half minutes. With 5:32 left, FAU was up 73-69 and seemed primed for another win at home.

To Curry, both losses – especially Saturday’s – came as a result of tiny, fixable mistakes adding up.

“Ronald [Delph] gets frustrated because he didn’t get a drop off pass and he fouls a guy that’s shooting 90 percent from the line,” Curry explained. “We give them two free throws, we didn’t do a good job of protecting the basketball on our side of the floor, and we made a mistake giving them a three in the strong-side corner which we never, ever do.”

Curry is doing his best to remain optimistic and make sure his players don’t end up on Santa’s naughty list by not learning from their errors.

“These are things we covered – they’re mental mistakes we made [that] cost us that game,” Curry said. “As our young guys are learning how to play and learning how to win games, you’re playing some guys that are older, some veteran guys who are not going to make those little mistakes.”
Trending Topics

Conference Counterparts: It may not be long until Middle-Tennessee is ranked, as the Blue Raiders lead Conference-USA with an 8-1 record.

Game of the Week: Only once will the Owls play this week, that coming on Tuesday night in Columbus against the Ohio State Buckeyes. FAU hoped to be heading to sporting a winning record by the time they left for Columbus. Now they have the tough task of trying to keep a two-game losing streak from reaching three, and attempting to do so against one of the better Big Ten teams. 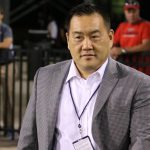