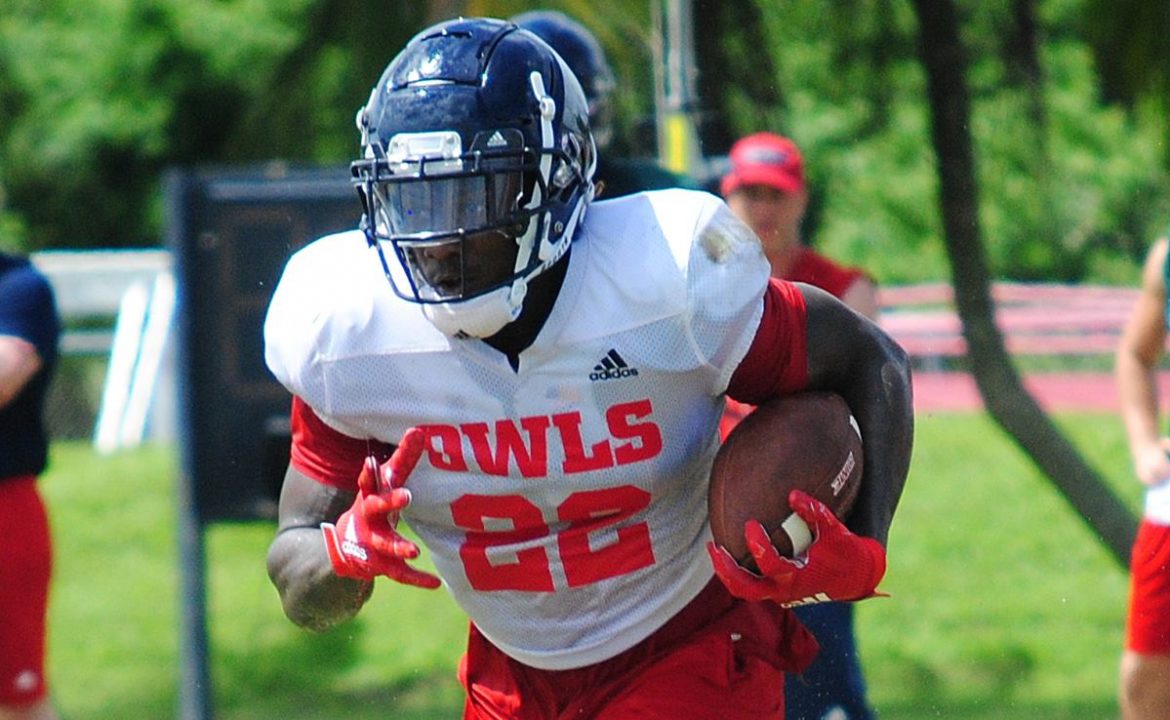 BOCA RATON – There were times following the two surgeries to repair his knee that FAU running back Tyrek Tisdale worried he wouldn’t make it all the way back to his formally potent self.

When that happened, he looked across the running back room at James Charles for inspiration.

“To me, it actually motivates,” Tisdale said. “I try to follow James a lot because he went through it, he went through it before me. Both of us having he same injury it kind of shows me that anything’s possible. Even though you have an injury like an ACL you can still come back.”

Charles, a redshirt junior who’d barely seen the field during his first three seasons as an Owl, began the season at the top of FAU’s enviable backfield depth chart.

Like many in that once crowded backfield, Charles is battling an undisclosed injury this week, which figures to lead to more carries for Tisdale on Saturday’s crucial Conference USA East division game at WKU.

“Great things will come when you put hard work in,” Charles said. “That’s what he’s doing right now and great things are coming his way.”

Great things haven’t come easily for Tisdale during his FAU career. Possessing a rare combination of size and speed, the 6-foot-2, 220-pound Tisdale first suffered his knee injury in the third game of 2017, his true freshman year. Though he returned and played sparingly later that season, Tisdale underwent ACL surgery following the year and barely played as a sophomore.

Though Tisdale’s speed has returned – multiple times this season he’s been recorded as the fastest Owl on the field – most of his contributions have come on special teams.

Kiffin wants to see Tisdale demonstrate a better command of the playbook and a stronger hold on the ball before he gives the redshirt sophomore more touches at running back.

With BJ Emmons still recovering from a severe ankle injury that has him targeting a return three weeks from now, and Larry McCammon, Daniel Leconte and leading rusher Malcolm Davidson all slowed by injuries of varying degrees, Charles, Tisdale and walk-on Chauncey Mason should play prominent roles against the Hilltoppers.

It’s quite a switch for Tisdale, who only a week ago played linebacker on the scout team to help the offense prepare for Old Dominion.

“He looked great over there,” Kiffin said. “The defense actually asked about him in the off-season and I thought he still has a really good future at running back so we didn’t move him. But it’s kind of funny that all of the sudden we were so banged up in the game he was going in at running back after playing linebacker during the week.”

A potential full-time move to linebacker will have to wait. This week both he and true freshman Kelvin Dean moved from the scout teams to the main offensive field for game prep.

“We’ve got an opportunity,” said Tisdale, whose 13-yard carry on the final play against ODU is easily the longest of his four rushes this season. “We’ve got a few people down so some people have to step up. I’m just kind of grateful for the opportunity to kind of embrace my role still with special teams and kind of getting a couple carries here and there.” 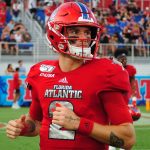