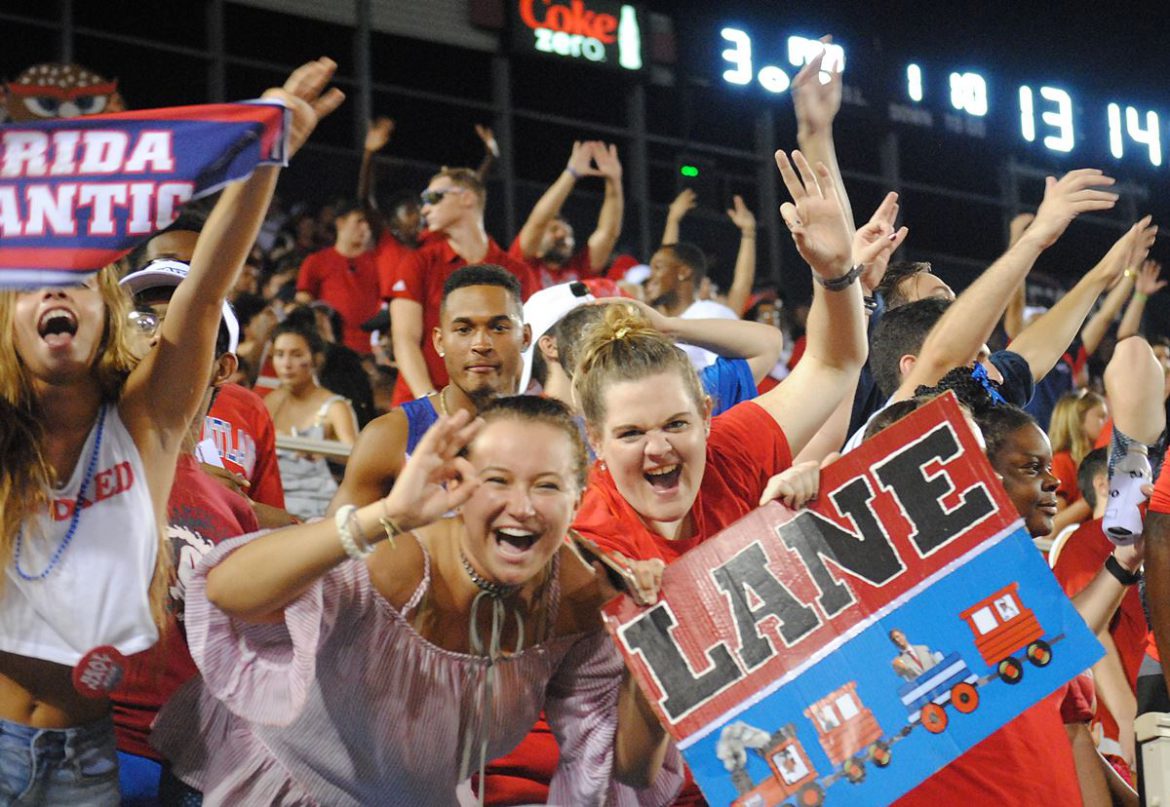 BOCA RATON – Before the Owls can convince fans to attend their football games, athletic director Brian White believes FAU must remind that the community that the school exists.

“I think if you drive a mile off campus, it’s hard to know that FAU’s there,” said White, named FAU’s athletic director in March.

FAU’s three billboards along I-95, two featuring coach Lane Kiffin and a third touting running back Devin Singletary as a Heisman Trophy candidate, are part of the campaign to make FAU more visible within its community. But, as is the case in FAU’s Motor for Heisman campaign, it’s only a start.

Travelers visiting the hometown of a tradition-rich football program are visually bombarded by businesses and homes flying flags bearing the logo the local university. White wants to create a similar optic in Boca Raton and its surrounding communities.

Launched last week, the Paradise Pride campaign is an attempt to get local businesses and homeowners to visibly show their support for the Owls.

As part of the promotion FAU is giving away flags bearing one of the Owls’ logos to local businesses that register for the program. Homeowners receive lawn signs suitable for planting in the front yard. White says more than 150 local businesses have already signed up to receive a free FAU flag.

Ultimately, one of the goals of the program is to bring more fans to FAU events, specifically football games. White says that as of the end of last week FAU has sold about 1,000 more season tickets than at this time last year.

To date, FAU has sold 4,349 season tickets, up from 3,426 last season. FAU historically experiences a season ticket sale bounce in August. Last year the Owls sold nearly 1,000 in that month alone, ending the season with a base of 4,852 season-ticket holders.

White frequently reminds anyone who will listen that FAU remains a fledgling program that lacks the generational appeal of Power 5 programs, many of which have been playing football for more than a century.

It didn’t help attendance that, prior to last season, FAU hadn’t produced a winning season since moving into Howard Schnellenberger Field in 2011. Until last season’s 11-3 record, fans interested in winning football needed to be uniquely optimistic to invest time in FAU.

“Now they’ve had a full year to see that, OK, we won 11 games,” White said. “We won a conference championship. We have a Heisman candidate on our team. We have a lot of buzz.”

According to NCAA figures, which include the Conference USA title game and the Boca Raton Bowl as FAU home games, the Owls averaged an announced average attendance of 18,948 last season. The attendance figure is based on reported ticket sales. The actual attendance at most games appeared to be significantly smaller, but momentum is clearly building.

Despite the hefty increase, one winning season did not a rabid fan base make. These things, White argues, take time.

While marketing to the community, White isn’t neglecting the student body. Borrowing a successful idea implemented by La. Tech when White was an assistant AD there, this season FAU is giving the first 1,000 students who enter the stadium two free slices of pizza.

It’s a benefit to students – “To me, that’s dinner,” White said. – that FAU hopes will also prompt students to advertise the program on social media.

“Ideally it gets them in early,” White said. “Then they are snap-chatting that they are at the game. The earlier you can get students there the more you can make it a buzz. I just think it’s critically important.”

White expects ticket sales to increase during August, traditionally when sales pick up.

“I think if we could get to 20 percent more than we did the year before, Hey, that’s pretty impressive,” White said. 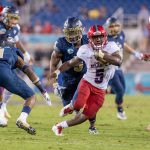