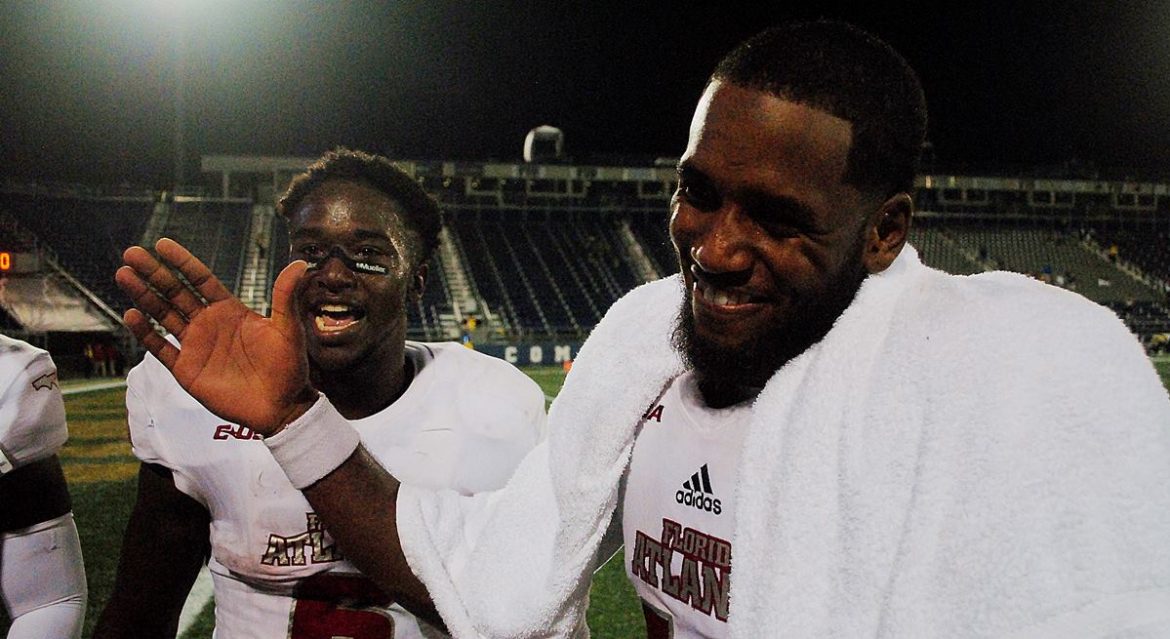 Yet even after Johnson led the Owls’ offense to 42 of FAU’s 49 points in Saturday’s blowout of FIU, Kiffin still sees enough mistakes in Johnson’s game to keep the second year coach from officially switching to Johnson as the Owls’ starting quarterback.

He cited a play where a check-with-me was called, meaning that after seeing the defensive alignment Johnson was supposed to look to the sideline to see whether the play was still active or whether the coaching staff wanted to change the play into something more advantageous.

Johnson never looked to the sideline and ended up rushing the play and dropping the snap.

“He’s just excited because he’s in there and he’s playing, and then all the sudden fumbles the snap on the play where we weren’t even supposed to run the play,” Kiffin said. “It’s things like that.”

Earlier this week Kiffin said he was open to the idea of playing two quarterbacks on Saturday against Western Kentucky, making the switches at the start of possessions.

To Kiffin, tough, that approach is far from ideal.

“I think as you look in general, it’s not good going back and forth at quarterback,” Kiffin said.

More often than not this season, Johnson’s made the most of his playing time. He led the Owls to touchdowns his first two times behind center.

Johnson, a former Florida St. Seminole who gained fame at East Mississippi CC while staring on the Netflix docu-series “Last Chance U,” replaced starter Chris Robison, an Oklahoma transfer, midway through the second quarter on Saturday and led guided the Owls to the end zone on five of his six possessions. The lone non-touchdown drive came when the Owls took over possession shortly before half and ran only two plays.

Once Johnson entered the game, he didn’t leave until an FAU victory became certain.

“I wasn’t surprised I didn’t go back in because it was working,” Robison said. “I care more about the team than I do about myself playing. If we’re moving the ball down the field, scoring, then I’m happy to sit on the sideline and cheer my team on.”

Saturday’s performance appears to have earned Johnson at least a shot at starting on Saturday against Western Kentucky.

“We’ve given most of the reps to De’Andre and Chris, and we’ll figure it out,” Kiffin said.

Taking turns away from Robison, a redshirt freshman, would have proven more problematic earlier in the season when he was still growing into the role.

Now nine games into the season, Robison possesses the base knowledge to run the offense without as many practice repetitions.

“I know the offense and I’m pretty acclimated to everybody on the first team, so it’s easier for De’Andre to get in so he can get the reps for the game – and I’m happy for that,” Robison said. “But you know I always want to get better. I want to run with the (first team), but there’s nothing I can do about that. I’ll take the to reps when I have to and help De’Andre out with the ones and everything like that, but I want to be great.”

More opportunities for Johnson translates into more chances for him to prove he’s ready to run the Owls’ offense full time.

“It’s just executing the offense,” Kiffin said of Johnson. “Like you said, he’s the best runner, he’s got plenty of arm talent, it’s just putting it together in scrimmage situations before, or now in game situations.” 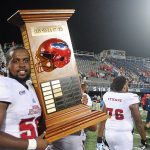