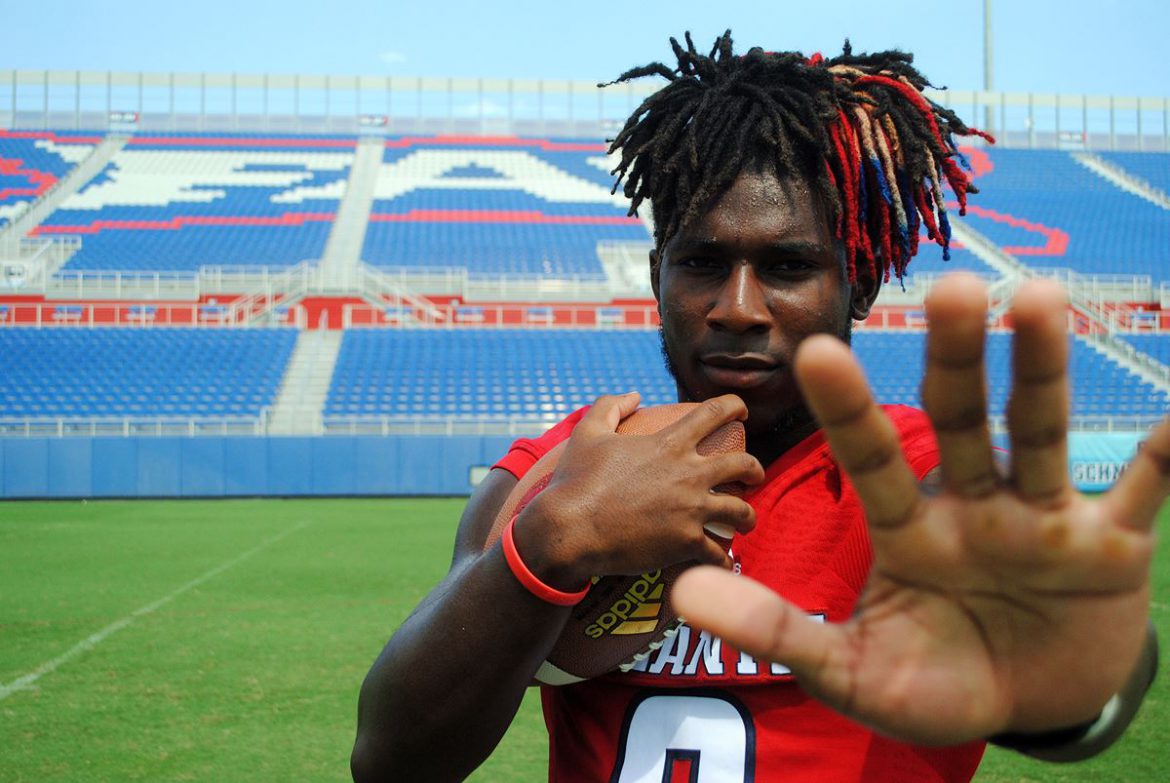 “He was very Alfred-like, a physical runner,” said Allen, who was also a member of Howard Schnellenberger’s staff when Alfred Morris powered his way through opposing defenses for the Owls.

Trailing 24-3 in the third quarter with FAU facing a first-and-10 on the Miami 38, Howell spun off a would-be tackler in the backfield, changing the flow of the play. About five yards beyond the line of scrimmage the 6-foot-1, 215-pound Howell absolutely flattened defensive back Michael Jackson; then Howell won the race to the pylon for FAU’s lone touchdown of the game.

Morris made a living running through, and often over, as many would-be tacklers as he ran around. Howell’s TD run against Miami – and the patience he showed waiting for a hole to open on his 49-yard touchdown run against Southern Illinois, were runs that Morris, FAU’s all-time leading rusher and current Dallas Cowboy, would have appreciated.

“Nothing crazy speed-wise similar to (Howell), but fast enough to make that play,” said Allen comparing Morris to Howell. “If you get the safety on the ground he’s going to outrun whoever else is there.”

Howell opts not to similarly compare himself to Morris. Instead he says he wants to be the best player he can be without comparing himself to other players.

“I am just trying to be Buddy,” Howell said. “I am not focused on another person. Alfred Morris is a great running back. I am just here to be Buddy.”

Howell’s main focus on every play is to get to the end zone – a mindset that has led to dominating runs.

“I was refusing to be stopped, that is my mind set each and every play,” Howell said.

Howell is one of the bright spots of the Owls offense and his re-emergence as a threat isn’t a surprise to offensive coordinator Travis Trickett.

“Buddy’s the guy,” FAU coach Charlie Partridge said. “Buddy’s clearly become the one that is going to be our main back and we’re going to work to get some other guys some touches but Buddy is continuing to declare himself as a big time running back.”

Howell has embraced the idea of being the leader of FAU’s running backs by becoming a mentor to others in his unit, especially Freshmen Kerrith Whyte and Devin Singletary.

He preaches preparedness. Howell didn’t see the field until the seventh game of his freshman year. In his first collegiate appearance he rushed for 118 yards and a touchdown against Western Kentucky.

Howell uses that game as a motivational teaching tool for the younger running backs.

“I will never let them sit back and get comfortable,” Howell said. “You can go in at anytime. You can be called at anytime like I was a couple years ago.”

Howell also knows first hand that carries can be given and they can be taken away. Last year Trey Rodriguez took reps from him and Jay Warren, and even though he was the Owls’ leading rusher last season, Howell only rushed for 598 yards.

Partridge dismissed Rodriguez from the team prior to fall camp and Warren has been slowed by a leg injury sustained in fall camp. Without those two, and running behind a beat-up offensive line, Howell has been the lone productive running back for the Owls this season.

Howell may get some help on Saturday against Kansas St. Warren, who has only one carry all season and is the best pass protector among the backs, showed some of the explosiveness he’s been lacking thus far this season.

“He had a great week of practice where it was like: There it is,” Allen said regarding Warren’s burst.

Regardless of the health of Warren and the development of Whyte and Singletary, the Owls will continue to lean on Howell. The junior faces a tall task.

In its lone game this season Kansas St. (0-1) faced another good running back, opening the season against Stanford and last year’s Heisman runner-up Christian McCaffery – who rushed for 126 yards and two touchdowns on 22 carries.

Howell is not same kind of running back as McCaffery but he does have that ability to wear down the Kansas St. defensive line. Aside from McCaffery, the Wildcats were able to shut down the run, only allowing the rest of the team to gain -17 yards.

Key for the Owls: Get the ball to the outside. Kansas St. defenders are big and strong, and by now they’ve certainly realized that bottling up Buddy Howell goes a long way to halting FAU’s offense. The Owls need to counter the Wildcats’ defensive strength with speed, at that means getting the ball to perimeter in the hands of Whyte, Henry Bussey, Pico Harrison and Kalib Woods.

Key for the Wildcats: Shake off the rust. Kansas St. is coming off an unusual Week 2 bye-week. An opening week loss to Stanford likely has the Wildcats anxious to get back on the field. K-State racked up 335 yards of total offense but only found the end zone once. Starting fast wasn’t a problem for the Wildcats in their only other game against the Owls. Justin McKinney ran the opening kickoff back 88 yards for a touchdowns, launching Kansas St. toward a 45-0 win in 2006.

Key Match-up: Until FAU fixes its offensive line issues, the Owls’ front five will be the focus of the offense. Already missing left tackle Reggie Bain, FAU will also be without starting right tackle Kelly Parfitt, who injured his knee against Miami. FAU may elect to move Dillon DeBoer back from left tackle to the center spot he occupied last year and most of fall camp. That will leave someone inexperienced, be it Tarrick Thomas, Byers Hickmon, Brandon Walton or Bryan Beck at left tackle. FAU coaches spent the week talking about how impressed they are with Wildcats DE Jordan Willis and NT Will Geary, both preseason All-Big 12 selections. The Owls will have their hands full up front.

Seeing Red: FAU has only snapped the ball nine times inside its opponents’ red zone thus far this year. Yes, the Owls have scored on some big plays, but they’ve lacked consistent drives that wear down defenses and eat up clock. “I think the biggest thing with our offense is getting first downs,” quarterback Jason Driskel said. “Once we get a couple first downs we can push the tempo a little bit. Both teams we’ve played this year struggled once we got moving.” The good news for FAU? The Owls have turned both red zone drives into touchdowns.

Running Return: Kerrith Whyte is averaging 29.0 yards per kick off return this season and nearly broke a couple of those returns against Miami for really big yardage. “It gives you confidence to see, OK, he’s starting to get game ready,” Partridge said. Expect the Wildcats to kick away from Whyte on Saturday, which could give true freshman Devin Singletary a chance to get loose.

Sack Chase: Despite opposing offenses scheming to slow him down – Miami often dedicated two, and sometimes three blockers to stopping the C-USA Preseason Defensive Player of the Year – Trey Hendrickson still believes he can get to the QB. “I knew that they were going to do this,” Hendrickson said. “Miami did it. I’m taking it as a challenge and still going to get the quarterback. I still have that challenge, but the main goal is to win the game and if I have to take two [blockers], then so be it. I believe that the rest of the defensive line will pick up the slack and get there for me.”

Swing of It: In its first two games FAU struggled to cover swing passes and other boundary plays, missing both assignments and tackles. “We’re going to see them all year long,” FAU defensive coordinator Roc Bellantoni said. “We’ve got to be better at it. We’ve got to defend them better. We didn’t do a great job against Southern Illinois at it so I’m sure we’re going to see a steady diet of it this week.” 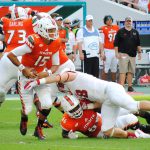 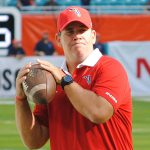