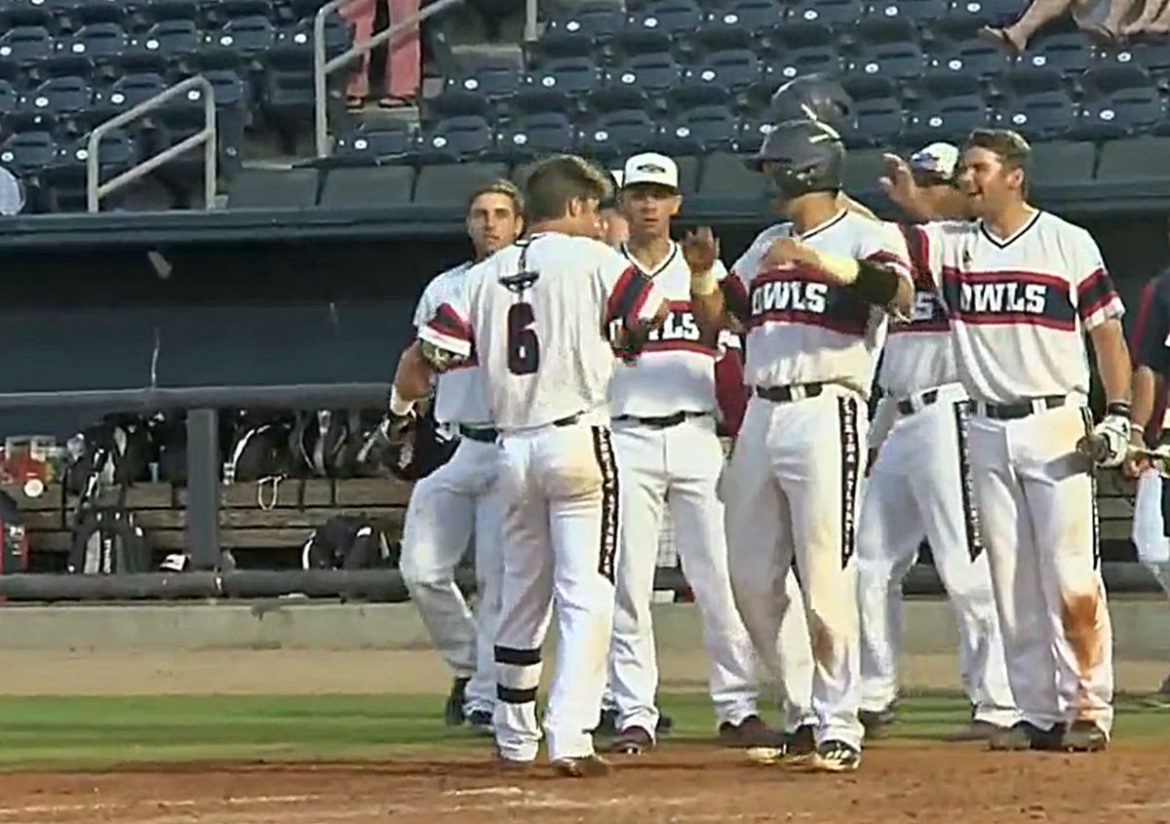 FAU now faces a second elimination game, this one a rematch against Rice, which handed FAU a 5-4 loss earlier on Friday. That game is scheduled for Saturday at 10 a.m. but could be forced to start later because of inclement weather and the possibility that Friday night’s final scheduled game pitting Charlotte against UTSA will have to be completed or moved altogether to Saturday morning.

FAU trailed La Tech 4-1 in the bottom of the fourth when Frank launched a towering blast that soared over the left-center field wall, tying the score 4-4. With the score tied at 5 in the sixth, Frank gave the Owls a lead they wouldn’t relinquish with a two-run majestic blast again to left-center.

“Tyler Frank picked us up like he has all year,” FAU coach John McCormack said.

Frank did his damage while hitting from the lead-off spot for the first time in a couple of weeks. The junior spent much of the season hitting lead-off but FAU coach John McCormack moved him to the second spot in the order over the final weeks hoping to give him more opportunities to drive in runs.

After right fielder and No. 3 hitter David Miranda injured his hamstring in the opening game of the tournament, McCormack slid Frank into the third spot in the loss to Rice, electing to let Cody Wilson lead-off.

Wilson and Frank swapped spots in the batting order for Friday night’s game, with Gunnar Lambert hitting second in both contests. David Miranda did not play in either of Friday’s games.

Looking to build on its 7-5 lead with two outs in the bottom of the eighth, FAU put runners on the corners before umpires halted the game because of lightning in the area. The delay, which lasted more than 90 minutes, was the third for FAU in as many tournament games.

On the first pitch following the delay, McCormack stole an insurance run for the Owls. Eric Rivera broke from first, getting into a rundown between first and second. While the Bulldogs chased Rivera, Wilson sprinted home with the eighth and final Owls run.

FAU closer Zach Schneider entered the game in the eighth inning searching for a six-out save. He returned following the delay and allowed the Bulldogs to put the tying run on first base before earning his C-USA leading 15th save on the season.

Saturday starter Vince Coletti drew the start for FAU but didn’t make it out of the second inning, allowing three runs on six hits in 1 1/3 innings. The short outing could put Coletti in line to start Sunday’s championship game, should FAU get that far.

Lefty Nick Swan relieved Coletti, bringing stability to the mound by tossing 2 1/3 innings of one-run ball. By the time Swan exited Frank had tied the game.

The win improved FAU to 38-16-1 on the season, giving the Owls another much needed victory for its NCAA tournament resume. Though FAU is scheduled to play again on Saturday, it’s possible that Friday night’s victory will be the final game the Owls play in the C-USA tournament.

Rain associated with Subtropical Depression Alberto is expected to blanket Biloxi over the weekend and could make it impossible to play any more games. One step in trying to get Sunday’s championship game played would be changing the tournament from its current double elimination format to single elimination. Should that change occur, FAU would be eliminated because of Friday’s loss to Rice.

If the weather cooperates on Saturday FAU is likely to send Mike Ruff to the mound against Rice. With a win in that game, Blake Sanderson could be in line to start the second game. A reliever who transitioned into a starting role late in the season, Sanderson tossed three scoreless innings in Wednesday’s opener. 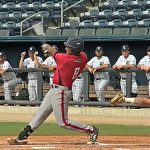 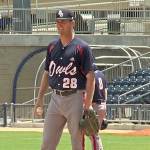