Going Bat-ty
Struggling to produce turnovers, FAU added to its sideline swag by introducing the mysterious and unusual Turnover Bat against Western Kentucky. 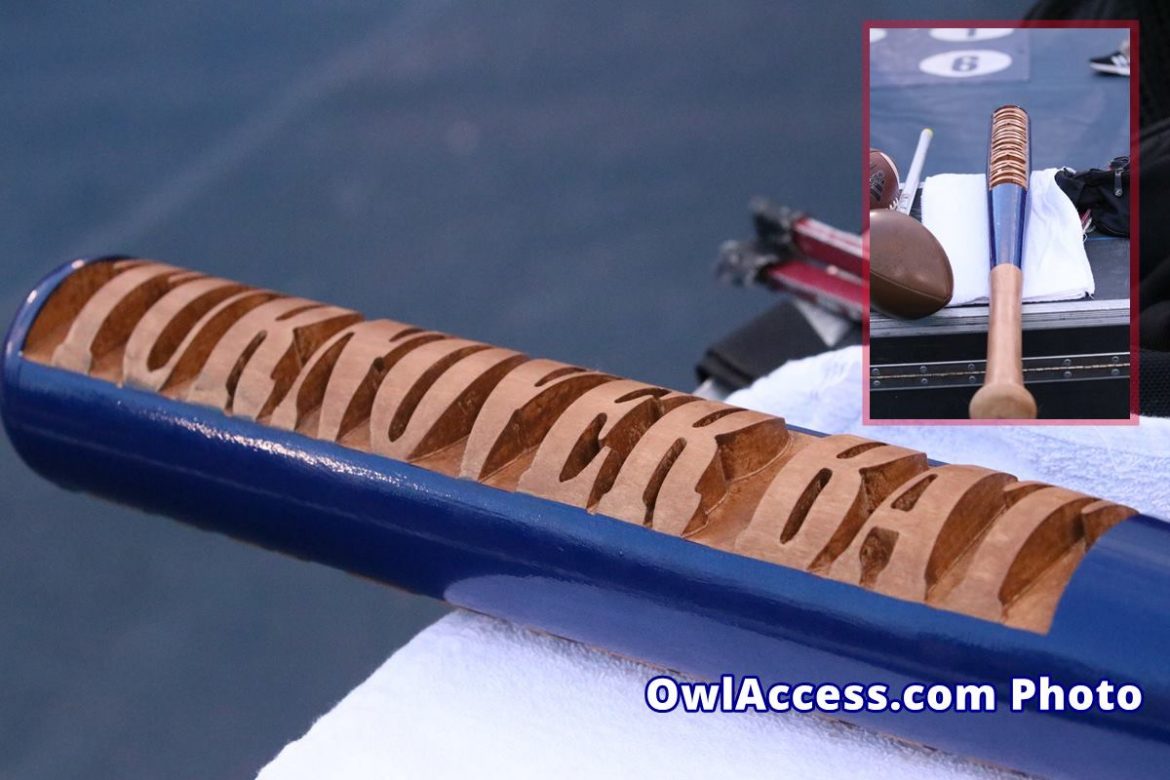 FAU defensive players who get the ball back for the Owls' offense now get possession of the Turnover Bat. (Photo by Bongo)

In the days leading up to Saturday’s 34-15 victory over Western Kentucky a wooden baseball bat with the words “TURNOVER BAT” etched into the blue barrel suddenly appeared.

“I don’t know where that came from,” senior linebacker Andrew Soroh said. “That surprised me.”

“I thought we were Owls, so I don’t know where that bat came from,” defensive end Ernest Bagner said. “I’ve never seen an Owl with a bat but, shoot, I like swinging on people. That’s fine with me.”

FAU already has a Touchdown Chain, a gaudy necklace presented on the sideline to anyone who scores a touchdown, but at this point anything that might produce more turnovers should be welcomed by the Owls. In 10 games this season the Owls have only created 11 turnovers, tied for No. 103 nationally.

More than half of those turnovers came in three games – three against FIU, and two apiece against against Bethune-Cookman and Old Dominion. FAU won all three of those games.

What the players do with the bat when it’s in their possession appears to be up to them.

The reasons behind the lack of fumbles forced by FAU this season mystifies some Owls.

Looking to correct the dearth of forced fumbles, Lane Kiffin’s Owls placed extra emphasis over the past couple weeks on going after the ball and ripping it away from opposing ball carriers.

Linebacker Rashad Smith has one of the Owls’ three fumble recoveries and leads FAU with three interceptions. Cornerback Shelton Lewis’ pick against Western Kentucky drew him within one interception of Smith.

Because of that pick, the lone turnover produced by FAU on Saturday, Lewis will carry the Turnover Bat when FAU takes the field on Thursday against North Texas. 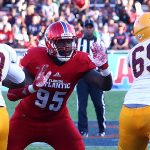