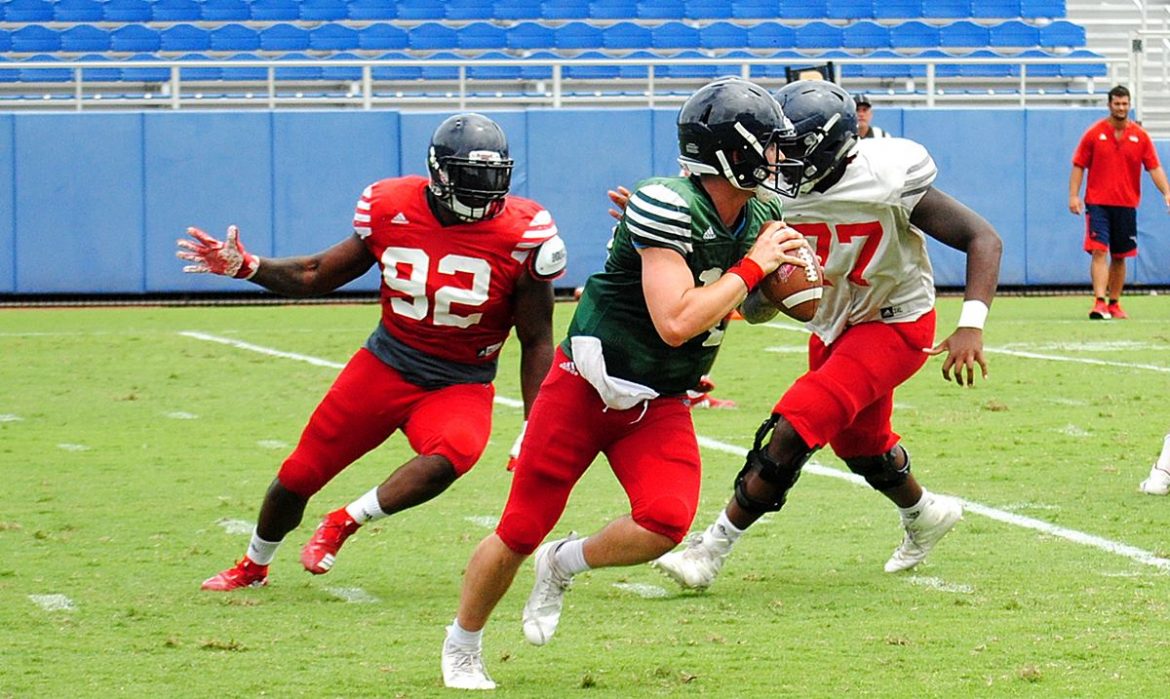 BOCA RATON – It’s been an offseason of change for Marcel Southall.

His dreadlocks? Gone, along with 36 pounds. The haircut, he says, was “just a for a fresh start.” But losing the weight was his coaches’ requirement to change positions.

“I kept on begging them every day, telling them in their ear: ‘Let me get that D-end spot,’” the newly-shaven Southall said. “And they just told me: ‘you lose this amount of weight, we’ll probably give you a chance,’ and I did that.”

Down to a lean 264 pounds, Southall is back at the defensive end position he excelled at in high school, where he was a four-star recruit with nearly two dozen scholarship offers. And while he’s excited to kick outside, Southall’s versatility to play anywhere on the line is what’s gearing him for a monster 2019 season.

Southall came to FAU last year as a prototypical 290-pound defensive tackle with expectations that were anything but. And the hype wasn’t quite met. The former Texas Longhorn and JUCO transfer was held without a sack or tackle for loss, notching a mere three tackles in eight games.

Low stamina and playbook recognition were the main reasons why Southall’s production wavered, which FAU coach Lane Kiffin believes is common for transfers.

“Most of the time when you sign those JC kids, a lot of times that first year is not as much production as you’d like,” Kiffin said. “And then they have that whole offseason and they start to get used to it, and their bodies start to change, and so he’s looked really good.”

Southall looks to be following that exact pattern, as he says he’s now up to speed with the defense and is in better shape.

But even though his numbers weren’t big last season, Southall’s experience on the interior was valuable. He learned to play with power at defensive tackle. At that position, he would violently shoot his hands into the guard upon the snap.

That physical style of play is helping him at defensive end, as it confuses offensive tackles who are accustomed to dealing with finesse edge rushers.

“It helps me because I can keep my leverage, keep my ground,” Southall said. “By me playing inside, I know how to base down, play a block.”

And the opposite of that equation is deadly, too.

During the spring Southall moves to D-tackle on obvious passing situations, such as third-and-long, and his new-and-improved speed can throw interior linemen out of their comfort zone.

“Now a guard has to move his feet, he can’t just stay in one area,” Southall said.

Too fast for guards and too strong for tackles, Southall, the former Longhorn, could be a Texas-sized problem for opposing offenses come the fall. 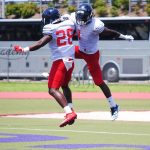