No Average Joe
Former MLB player, manager Joe Girardi to be the latest celebrity on the FAU sideline. Girardi spoke to the Owls following Wednesday's practice, telling them he's a fan. 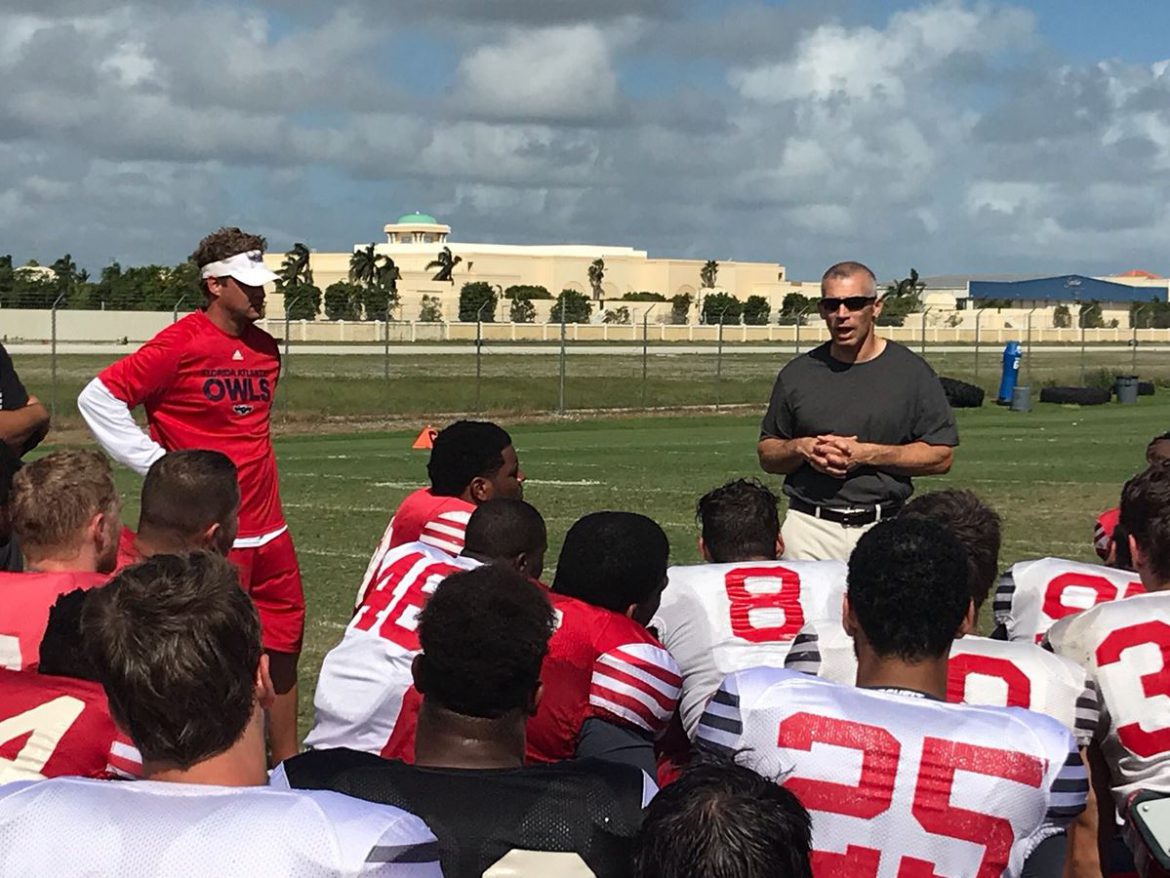 Girardi and Kiffin know each other from Kiffin’s time as Alabama’s offensive coordinator.

At one point, Girardi flew his son to an Alabama game as a surprise birthday present, Kiffin said.

Girardi won World Series rings as a catcher for the New York Yankees and as the Yankees’ manager. The Yankees fired him as their manager last month after 10 seasons in the Bronx.

“He asked about coming to the game, so he came by to get some tickets and came to practice too and spoke to the guys,” Kiffin said.

While many players said they didn’t know who Girardi was before the meeting – they play football, Girardi is a baseball guy who last managed the Marlins in 2006 – they appreciated his taking the time to offer insight.

Girardi told the players to savor their current six-game winning streak and the chance to potentially play for the Conference USA championship, but to focus on each game as it comes.

“All right, we can’t joke around,” safety Jalen Young took away from the talk. “We’re in the moment now. Let’s cherish this moment now. Don’t waste it. We’re here now. Who knows if we are going to get back to this next year so we have to cherish what we have right now.”

Young said Girardi cautioned about letting all the praise the Owls are currently receiving go to their heads – a concept Kiffin has frequently referred to as avoiding the rat poison.

“We can’t take it for granted because the game will humble you if you think you’re all this and that,” Young said.

Girardi won’t be the first former sports star to attend an FAU game this season. Miami Dolphins running back Kenyan Drake and former NFL quarterback Daunte Culpepper were on the sidelines for FAU’s last home game – a victory over Marshall.

“When you start winning and you have a style with your team sometimes that starts happening,” Kiffin said.

Should Girardi make good on his promise to attend Saturday’s game, he will witness one of the most important FAU football games in program history.

Along with being the annual rivalry game against FIU, a win in Saturday’s Shula Bowl would give FAU its first ever berth in Conference USA’s championship game.

“It was good having Joe out there today,” Kiffin said. “He’s coming to the game Saturday night. Hopefully we’ll put a good show on for him.” 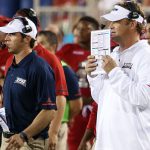