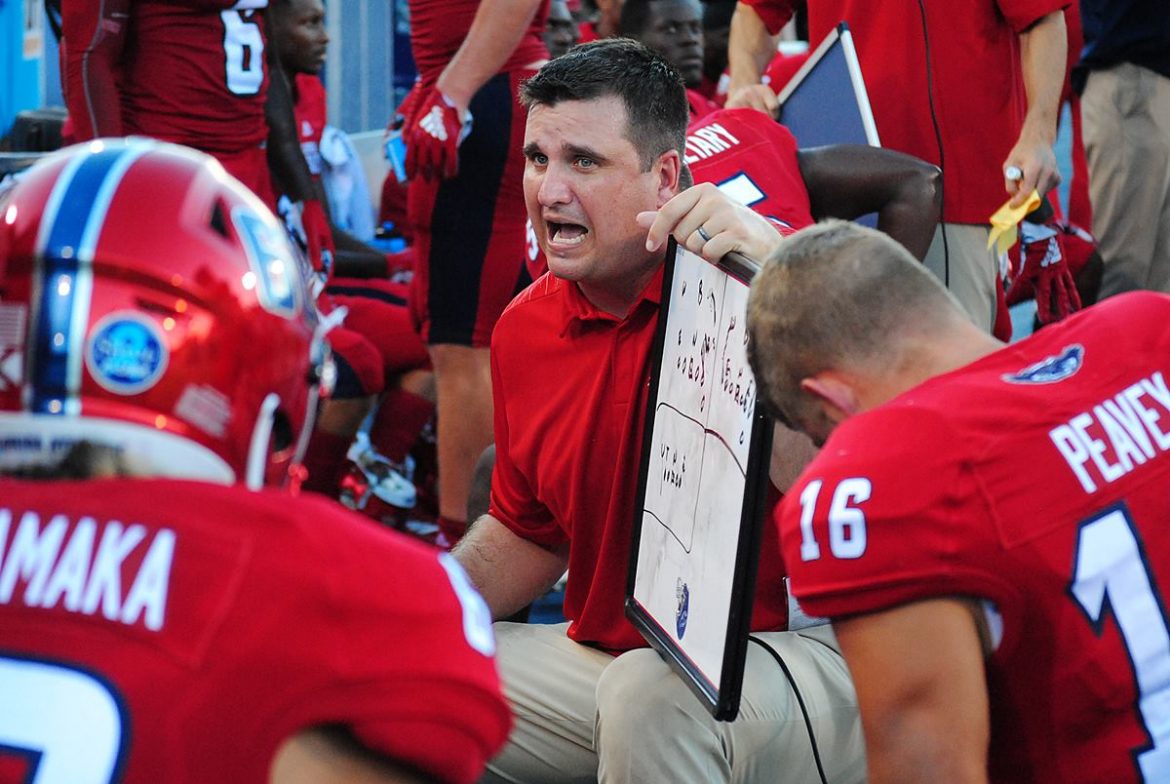 BOCA RATON – FAU is once again in search of an offensive line coach.

On Thursday North Carolina St, announced it had hired John Garrison away from the Owls.

Garrison spent only one season at FAU, during which he melded an offensive line that featured three new starters into arguably the top unit in Conference USA. FAU led C-USA in rushing in 2018, averaging 242.8 yards per game. Thus far this season only 12 teams surrendered fewer than the 14 sacks the Owls allowed.

Garrison’s departure leaves Lane Kiffin looking for his third offensive line coach in as many seasons. Garin Justice left after Kiffin’s first season, accepting a job at Arizona. After the Wildcats changed their coaching staff, Kiffin had the opportunity to bring back Justice but opted instead for Garrison.

Whomever replaces Garrison will face a similar rebuilding task. The Owls lose Reggie Bain, a four-year starter at left tackle, and guard Antonio Riles, a graduate transfer from Florida who started all 12 games in his lone season at FAU.

In Marquice Robinson and Doug Johnson, both rising redshirt freshmen, the Owls have potential replacements for Bain internally that the coaching staff is high on. Rising redshirt sophomore Nick Weber, a walk-on who saw significant playing time late in the season, is the likely internal replacement for Riles.

The Owls actively recruited junior college offensive linemen during the early signing period but didn’t land one. They continue that pursuit as the Feb. 6 National Signing Day approaches.

FAU could also elect to once again bring in grad transfers.

Garrison is the third FAU assistant Kiffin will have to replace off his 2018 staff. Kiffin parted ways with defensive coordinator Tony Pecoraro earlier this month, hiring Glenn Spencer to replace him. D.J. McCarthy replaced Gary Harrell as wide receivers coach. 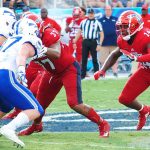