Furiously Fast
First year FAU defensive coordinator Tony Pecoraro's defense will be one of the fastest in the nation - and that's exactly how he likes it. 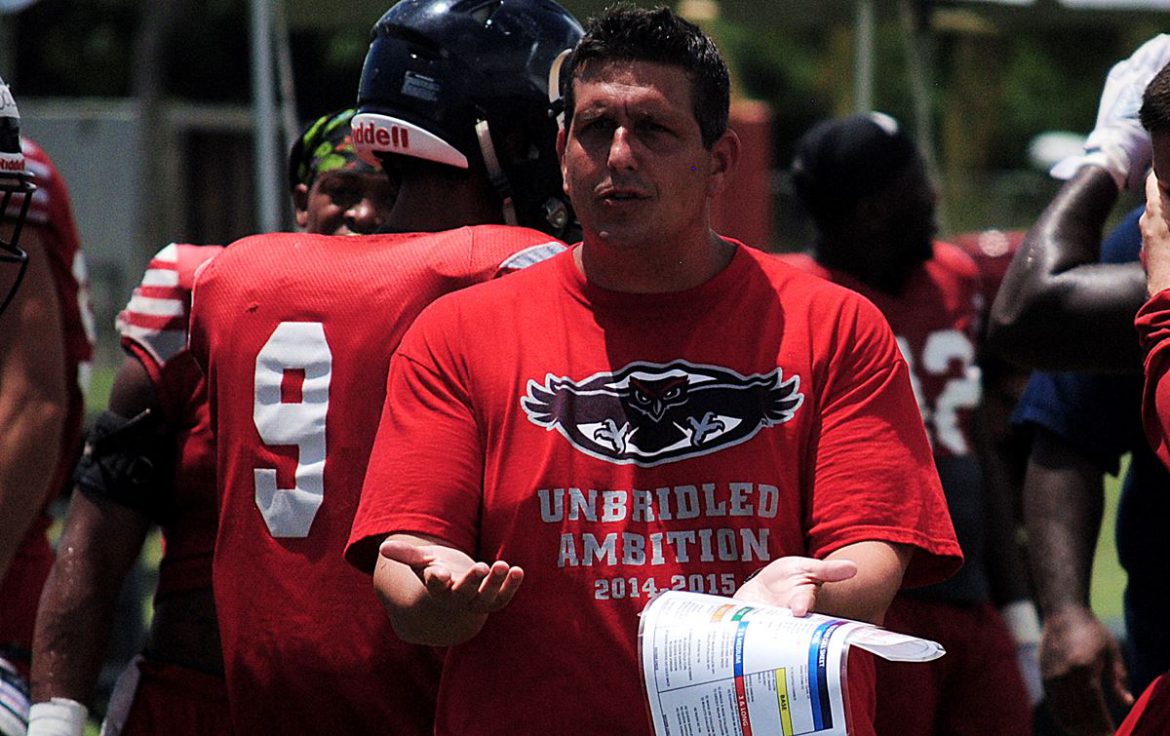 BOCA RATON – As a defensive coordinator, Tony Pecoraro has always been attracted to speed.

Florida Atlantic is about to field its fastest defense in program history. Pecoraro couldn’t pass up the opportunity work with that.

“That really fits my style personally, a lot,” Pecoraro said. “That was actually one of the things that kind of pushed over the hump to me was the ability to get my hands on that style of athlete.”

FAU hired Pecoraro away from Conference USA rival Southern Miss during the offseason.

“Today’s athlete, especially a Florida athlete, you kind of just let them be themselves a little bit, and you use their athleticism and their talents, and you put them in some situations where they might be blitzing and you let them go a little bit,” Pecoraro said. “I think that’s something that this style of athlete, especially in South Florida they are known for their athleticism and their speed, so you take advantage of that. I think they’ve really bought into that. I think they like that kind of style.”

Last season defensive coordinator Chris Kiffin employed more of a bend-don’t-break scheme. Pecoraro didn’t change much from a personnel stand point – moving Andrew Soroh forward from safety to linebacker full-time is about the biggest change – but he is leveraging the Owls’ quickness in different ways.

This year FAU could blitz from anywhere. Corners have the speed to stick with wide receivers even when the quarterback breaks the pocket. And the players known for their pass rush acumen – defensive ends Hunter Snyder, Leighton McCarthy – will continue to spend more than their share of time in the backfield.

“I think we’ve got a lot of speed,” senior linebacker Azeez Al-Shaair said. “Any coach that has been here, and coaches that we’ve had – all the defensive coordinators that we’ve had – it’s always been the same thing. I think it’s definitely something that we have.”

Of FAU’s current first team defensive unit, only free safety Zyon Gilbert hails from outside the state of Florida. Twenty of the 24 players who comprise FAU’s two deep are Florida natives.

“We definitely have the most depth, with talent, since I’ve been here,” Al-Shaair said.

The Owls also have experience.

It’s entirely possible that every player on FAU’s defensive two-deep for the season opener will already have game experience. That experience factor also allows the Owls to play faster, giving them reactionary speed to go with their straight line speed.

“Being that we’re all veterans on defensive side of the field it makes everything so much faster because we know the game,” safety Jalen Young said. “Being here for going on my fourth year, my senior year, every year just gets faster and faster.”

Throughout fall camp Pecoraro hasn’t been afraid to rotate players liberally, indicating the experienced depth will be weaponized even early in the season.

When FAU opens its season on Sept. 1 at Oklahoma, the Owls could employ as many as six players in their defensive tackle rotation, five among defensive ends, four at linebackers and safeties, and three at nickel.

It’s a plan that should keep the Owls playing fast.

“At the end of the day the fresher they are the more they’ll chase that football when you need them to chase,” Pecoraro said.

Furiously Fast
First year FAU defensive coordinator Tony Pecoraro's defense will be one of the fastest in the nation - and that's exactly how he likes it.
was last modified: August 22nd, 2018 by Chuck King
0 comment
2
Facebook Twitter Google + Pinterest 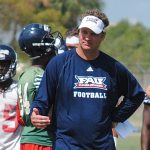 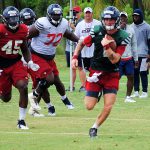