Fun And Games
Lane Kiffin thinks high expectations have the Owls playing tight, but players insist that, heading to No. 16 UCF. the fun from last year is close. 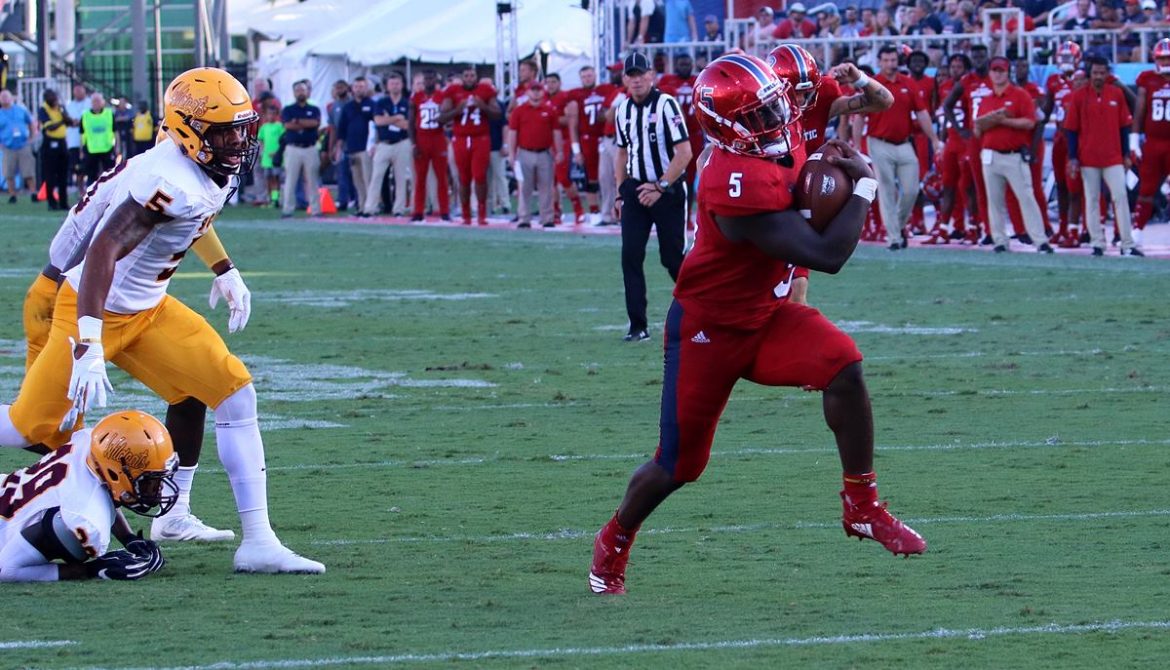 BOCA RATON – Despite owning a winning record at this point in the season for the first time since 2007, football isn’t all fun and games for FAU.

In fact, coach Lane Kiffin believes the Owls’ lofty 2018 expectations may be having a negative effect on the Owls.

One year after cruising through an undefeated Conference USA slate, this year’s Owls have yet to truly click on offense and their defense has been prone to big plays.

The fun factor has proven elusive this far.

“It’s just a different mentality this year,” senior safety Jalen Young said. “This team is not last year’s team. Every team will not be the same. This year’s just all work. We can play afterward.”

Even after victories, however, the Owls aren’t assured of whooping it up.

After FAU jumped out to a 29-0 first quarter lead in Saturday’s victory over Bethune-Cookman, the Wildcats actually outscored the Owls 28-20 the rest of way.

FAU players traditionally sign the school fight song in the locker room following a victory, initiating their postgame celebration. That didn’t happen after the Bethune-Cookman victory.

“That’s just holding us to a standard, holding this team to a standard,” Young said. “We won the game, that’s what everyone on the outside sees, but inside we knew that we didn’t play to our best ability, so that’s the reason for that.”

To be fair, that wasn’t the first time in recent FAU history that the Owls didn’t sing the fight song following a victory.

A sloppy 31-12 win over Charlotte last year elicited quiet in the locker room. And that was after the Owls eighth consecutive victory when the Owls’ offense was, for the most part, was deadly. The following week FAU defeated North Texas is the Conference USA championship game.

This year’s offense has yet to show the flash of last year’s, but players believe the fun is coming.

“We’re working on it,” wide receiver Pico Harrison said. “The juice is going to come. We’ve just got to make more plays. Last year we scored a lot of points. This year we’re a new team. We’ve just got to develop that same mindset and get it going. Once we get it going you will see the joy in everybody’s face.”

The Owls’ offense has shown signs of putting things together. Against Bethune-Cookman Devin Singletary rushed for five touchdowns in a quarter-and-a-half to take the lead nationally in rushing touchdowns with seven. The week prior, quarterback Chris Robison threw for a program-record 471 yards in a win over Air Force.

FAU will likely need both parts of the offense to operate at a high level on Friday at No. 16 UCF as they attempt to do something else for the first time in program history – defeat a ranked team.

Now that, FAU players understand, would be fun. 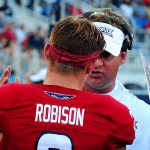