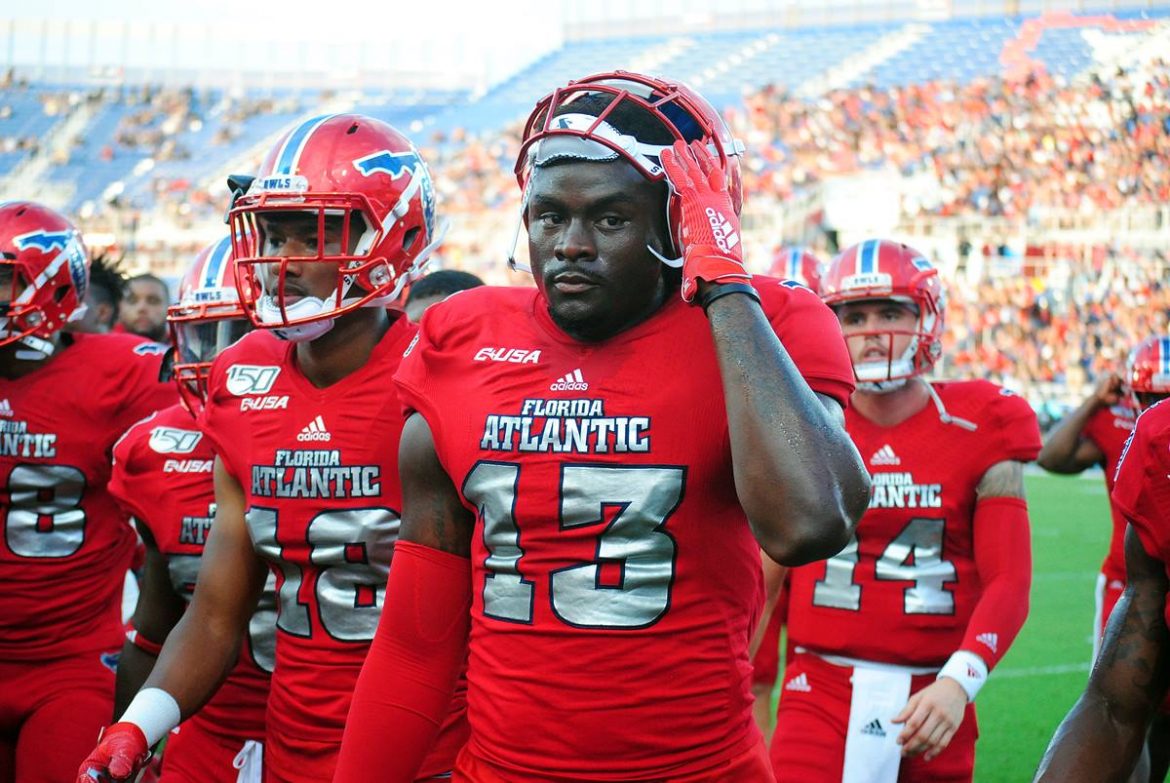 FAU WR DeAndre McNeal removes his helmet during pregame warmups prior to the Owls' 2019 home opener against UCF. (OwlAccess.com photo)

BOCA RATON – FAU coach Lane Kiffin intends to give two sets of hands – one playing out of position, the other trying to reclaim a position – their first game action on Saturday against Wagner.

A heavy favorite against a FCS-level Wagner, the Owls should have the opportunity to develop some depth at positions of need, most notably wide receiver.

“We aren’t playing enough players and we have a lot of players playing too many snaps, and both receivers played way too many snaps, especially John [Mitchell] played 80 snaps or something like that,” said Kiffin, referring to last week’s victory over Ball St.

Two seasons ago at this tim DeAndre McNeal appeared primed to develop into FAU’s next big receiver.

Four games into his FAU career, McNeal owned 18 receptions, covering more than 300 yards and two scores. But he virtually disappeared after that, tallying six catches over the next 22 games. He elected to transfer following the 2018 season, choosing to play defensive end at SMU. But that experiment never grew legs, and McNeal returned to FAU midway through fall camp.

McNeal’s weight upon his return had ballooned nearly 40 pounds from his wide receiver playing weight to 260 pounds. He’s down into the 240-pound range now as the former Texas Longhorn works his way back to playing weight.

FAU hoped McNeal could help their shorthanded wide receiving unit in the second half of the season, but he’s progressing faster than expected. In preparation for Wagner this week, McNeal took some snaps with the second team.

“He’s doing well,” Kiffin said. “These things happen all the time with kids. Once they realize time is running out and it’s at the end, you see guys – the deadline triggers the process. That happens in life and that happens with players as well.”

The Javion Posey wide receiver experiment could also see its first game test on Saturday. Searching for a way to get the true freshman’s athleticism on the the field, Kiffin asked Posey whether he would like to try receiver for this year, only.

Posey jumped at the chance. After working with the scout team during the first three weeks, Posey saw some game prep action at wide receiver this week.

“I think he’s close,” Kiffin said. “I think, again, that transition not just to play the position but to learn the position has been slow, like you would expect. The guy has made plays.”

With Korel Smith likely to miss Saturday’s game, Kiffin is also hoping to develop more depth at cornerback. That could come in the form of true freshman Roman “Smoke” Mungin.

Standing 5-foot-9 and weighing in the neighborhood of 140 pounds upon his arrival at FAU this summer, Mungin faced the opposite problem from McNeal. Last week Kiffin deployed Mungin as one of the gunners on the punt team.

“We had to put some weight on him, but every time we did scrimmages, did anything, the guy finds a way to make plays,” Kiffin said. 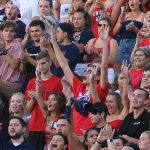