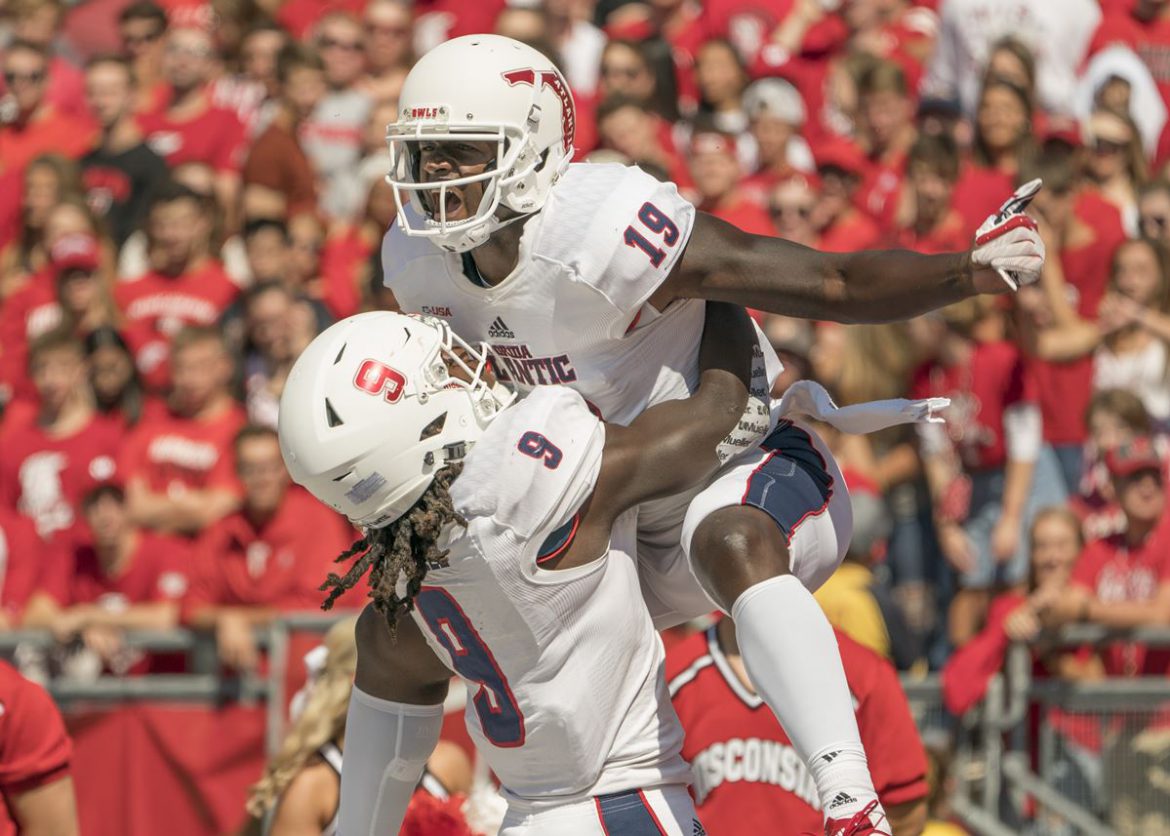 BIGGEST SURPRISE
Chuck King: OK, raise your hand if you had defensive end Leighton McCarthy logging FAU’s first interception this season. Put it down. No, you did not. FAU players comment on McCarthy’s freakish athleticism – particularly his speed – so it’s not that he can’t intercept passes. But he came to FAU primarily as a pass rusher, having sacked the quarterback 22 times as a high school senior. McCarthy looked at home dropping into coverage. He’s young and has plenty of football ahead.

Matt Wilson: The biggest surprise of the game for FAU was the fact that, despite not being able to stop Taylor in the open field, they stopped him at the goal line. The Owls had a successful day at the goal line, only allowing one touchdown in three trips for the Badgers. With the Badgers having a 60-pound advantage on average over the FAU line, the Owls stayed with them physically.

PLAYER OF THE GAME
Chuck King: For the second consecutive week an FAU player recorded 14 tackles. This time it was safety Jalen Young, who did say despite having to leave the field several times with an apparent shoulder injury. Young spent a good bit of time in the backfield during run support.

Matt Wilson: Wide receiver DeAndre McNeal collected his second 100-yard game of the season and had a second straight game with a touchdown. He was responsible for 103 out of the 149 receiving yards for FAU. McNeal has been the offensive MVP for FAU this season. Running back Devin Singletary also had a good day, rushing for 68 yards and his first touchdown of the season.

CONTROVERSIAL CALL
Chuck King: Playing the game. Miami canceled its road contest at Arkansas St., opting instead to allow players and coaches to stay with their families as Hurricane Irma approached. The Owls allowed assistant coaches to bring their families on the trip and brought members of the scout team who wouldn’t normally travel, so at least the team was safe away from the storm, but taking some players away from their families placed what many would argue was an undo hardship on some families. How much of a factor did the $1.2 million check Wisconsin cut to FAU for the game influence the decision to play?

Matt Wilson: Wisconsin tight end Tony Fumagalli’s catch near the end zone was ruled to be a catch and tackle, but a case can be made that it was a catch and a fumble that FAU recovered. If that play goes for FAU, instead of the field goal the Badgers kicked on that drive it would be a turnover and FAU comes into the second half with some momentum.

EXTRA POINT
Chuck King: Wisconsin had little trouble getting running back Jonathan Taylor going early, but the Owls regrouped and played fairly well defensively after the first quarter. FAU had the goal line stop and held in short yardage, too. In previous seasons FAU seemed incapable of adjusting to what its opponents were doing. There’s reason for optimism here.

Matt Wilson: The Owls seemed to lose their steam in the second half but still kept the game close, leaving the score well under the betting line, which was 34.5. The Owls can take this game and look forward to being the favorite next weekend as long as Irma doesn’t prevent the home game against Bethune Cookman from being played. The quarterback battle could continue next week. Daniel Parr has not had a breakout performance that shows that he is the guaranteed starter. The status of De’andre Johnson remain unclear. Jason Driskel anyone?

FOUR DOWN TERRITORY:
FAU vs Wisconsin
Leighton McCarthy gets a pick, DeAndre McNeal has another big game and FAU shows it can make adjustments.
was last modified: September 10th, 2017 by FauOwlAccess
0 comment
2
Facebook Twitter Google + Pinterest 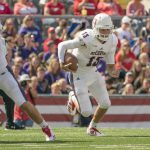