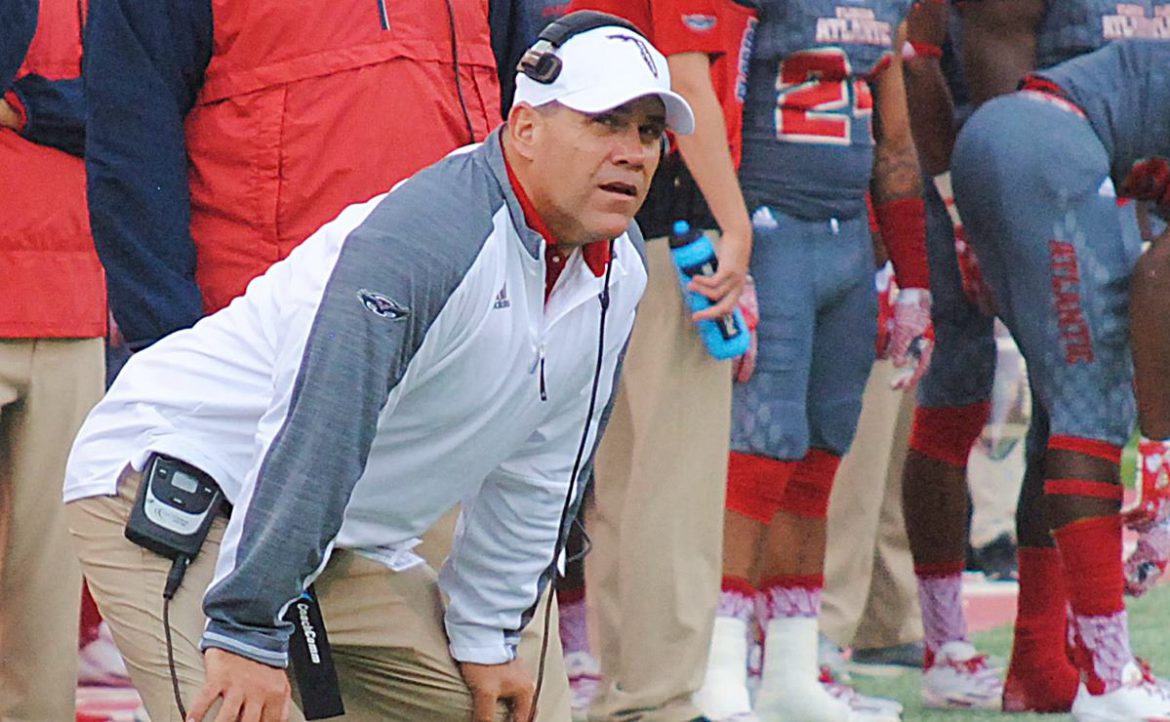 Every Sunday during the football season OwlAccess.com writers Chuck King and Jake Elman dissect the previous day’s FAU football game in a feature we call “Four Down Territory.” Here’s our analysis of FAU’s 77-56 season-ending loss to Middle Tennessee.

BIGGEST SURPRISE
King: That Charlie Partridge simply hasn’t been able to get over the hump. In his third season, the Owls were young but talented. At some point, that talent figured to take over and steal a game or two. It didn’t. Yet another season that began with bowl expectations dissolved into a puddle of offensive ineptitude and defensive indifference.

Elman: The fact that despite everything that was at play on Saturday night – the final game for Trey Hendrickson and the seniors, a chance to win three of their final four games, and even potentially playing for Charlie Partridge’s job security – FAU’s defense came out and did absolutely nothing. Between the 77 points and the 757 yards of offense that the Owls gave up. this game made the losses to Kansas State and Western Kentucky look tame. Middle Tennessee put up 77 points despite not having a quarterback. To put things in perspective, FAU’s basketball team has allowed 77 points in a game only once this year.

PLAYER OF THE GAME
King: MTSU WR/RB/QB Richie James deserves to be the second consecutive FAU opponent named C-USA Offensive Player of the Week. Seriously, 207 yards rushing and three TDs to go with 120 receiving yards and another TD? He only threw for 76 yards on 5-of-6 passing, but he’s not really a quarterback so he can be forgiven. On the FAU side? Devin Singletary rushed for 235 yards and three touchdowns, eclipsing the 1,000 yard mark on the season. Motor is the second coming of Frank Gore. Will he stay at FAU is Partridge is removed?

Elman: Take your pick on anyone from Middle Tennessee, but Devin Singletary really deserves a pat on the back for FAU. Even with all of the times that the entire team could have thrown in the towel, Motor showed why this team is most likely going to be his next year. With nearly 300 yards from scrimmage – and 235 of those coming on the ground – Singletary managed to join the 1,000 yard club despite not getting a large number of carries until the middle of October.

CONTROVERSIAL CALL
King: FAU knew it was going to see the wildcat. The Owls had no answer. Shockingly no answer. It was as though they had never seen the formation before. FAU’s inability to even slow down what was basically a turn of the century (think 1900s, not 2000s) offense resulted in one of the worst defensive performances in the history of NCAA football. Whatever defensive calls FAU used on Saturday, any other call would have been better.

Elman: For as many injuries as there were with this defense, some of the playcalls that FAU decided against to make against the Blue Raiders were flat out shocking. It was almost as if the towel was thrown in when Middle Tennessee scored for the first time and despite there being plenty of opportunities to make adjustments, the Owls played the same way for 60 minutes.

EXTRA POINT
King: Partridge didn’t produce wins, but he has some accomplishments off the field that have positioned the FAU football program to win in the coming years. Academics are up. Relationships with local high school programs improved dramatically. And some of the players already in the system (Motor, Buddy Howell, Kalib Woods, Azeez Al-Shaair, Jalen Young) have proven to be impact players at this level. If, as expected, he’s relieved of his coaching duties later today Partridge will be leaving the program in far better condition than when he arrived.

Elman: If this was indeed the end of the Charlie Partridge era, what a sendoff it was – and in a way, it was a perfect motif for the past three years. At first glance the box score didn’t appear to be too bad – Motor had a huge game, Jason Driskel completed 76% of his passes and threw for two scores – but the team failed to execute on the little things and they got beat badly. From the first snap in 2014 to the final snap in 2016, that’s just how things went under Partridge and as arguably the most disappointing season in program history comes to a conclusion, little things added up to big problems for FAU.

Four Down Territory:
MTSU 77, FAU 56
More Motor honors, a shocking lack of defense and the likely end of the Partridge era all covered in the final Four Down Territory.
was last modified: November 27th, 2016 by FauOwlAccess
0 comment
1
Facebook Twitter Google + Pinterest 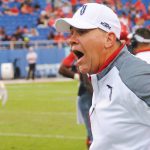 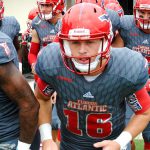