FOUR DOWN TERRITORY:
Marshall 36, FAU 31
Linebacker Caliph Brice delivers a career performance, the Owls OL struggles and what was with those officials? Here's your Four Down Territory analysis.

The Owls led 14-3 in the first quarter, yet consistently let Marshall hang around by missing tackles, committing penalties and and failing to covert offensively.

“So many opportunities early to take advantage of situations, which we did not do, obviously,” FAU coach Lane Kiffin said. “That’s what happens. You keep getting penalties, you miss tackles, you have three-and-outs, you don’t convert on fourth downs. You let good teams hang around, you lose at the end.”

Each week we breakdown the good, the bad and the curious from the previous day’s FAU football game in our Four Down Territory analysis. FAU’s 36-31 loss to Marshall, a setback that stripped the Owls of their ability to control their own destiny in Conference USA play, provided plenty of fodder.

GAME BALL
Chuck King: Linebacker Caliph Brice. The JUCO transfer appeared primed to play a prominent role for the Owls until an injury late in fall camp kept him from the field. With Hosea Barnwell recovering from an apparent leg injury incurred the previous week against Middle Tennessee, Brice played as the Owls’ third linebacker in three-down-linemen sets and led FAU with 11 tackles, including a sack. Offensively, wide receiver Deangelo Antoine eclipsed the 100-yard receiving mark, catching seven passes for 111 yards.

Matt Wilson: Chris Robison. In spite of the pressure Robison faced, he was able to throw for 362 yards. He led the Owls to four touchdowns. He accounted for two rushing, both from one yard out. In what was a meh game for the Owls, he was the bright spot. showing the pass game is still there.

BIGGEST SURPRISE
King: FAU’s poor offensive line play. FAU’s running game disappeared almost as quickly as it seemed to appear last week. Quarterback Chris Robison played under constant pressure. Desmond Noel’s second start at left guard didn’t help open any more holes for the running backs. B. J. Etienne, who Noel replaced, played much of the second half at right tackle but didn’t prove to be an upgrade over Marquice Robinson. The good news for FAU is that the Owls won’t face another defensive line like Marshall’s for the remainder of the regular season.

Wilson: Offensive line struggles. The offensive line play for the Owls was not as good it had been the last few weeks. Marshall coming into the game was second in Conference USA in sacks. FAU was not able to combat the defense despite last week not allowing Robison to be hit as much against MTSU.

CONTROVERSIAL CALL
King: Pick any one of two dozen made by the officials during Friday’s game. Conference USA should be embarrassed that they sent such an incompetent crew to officiate a nationally-televised game, one that was one of the league’s two most important of the week. Forget about the inconsistent pass interference calls for a moment. This officiating crew didn’t seem to understand rules, particularly on the fair-catch kickoff late in the first half and the Dante Cousart punt return non-fumble in the third quarter. At several points officials could be seen pointing fingers and arguing with each other. Brenden Knox’ 30-yard run on the final drive should have been called back because the Marshall unsportsmanlike penalty occurred during the play, not as a dead ball, leaving the Thundering Herd with a third-and-16 from its own 35 to convert. Early in the game, with FAU about to score, one official was talking to a photographer during the play. And when has anyone ever seen a kick returner collide with an official while trying to field a kickoff?

Wilson: FAU uses Nick Tronti in the Tronitcat formation, and it’s a good move. FAU’s problem is that they pull him out mid drive and put Robison back into the game in difficult situations.

EXTRA POINT
King: FAU football’s botched UCF game day came back to haunt the program on Friday. What should have been a large crowd for a Friday night affair with little else happening on the South Florida sports scene yielded an actual crowd of fewer than 10,000. Maybe smaller than 7,000. FAU vs. Marshall should have been one of the premier C-USA games left on the schedule. Attendance suggested it was a junior varsity game. The Owls blew any chance to impress the UCF game could have afforded. Even with the Shula Bowl on the horizon, there is no reason to expect a crowd to suddenly turn out to watch an uninspiring team. Get accustomed to empty stadiums. USF should be full next season, but it will take several years of enjoyable game days and good football for FAU to overcome that UCF debacle.

Wilson: FAU lost to its first tough opponent in C-USA. The Owls need to work on almost every aspect of the game. Next week will be a good week as they take on a not so strong ODU team. FAU, now 2-1 in conference play, is now not able to control its own destiny in the C-USA East. The Owls will need likely to win out to win the title. 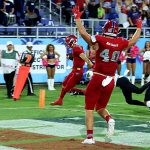 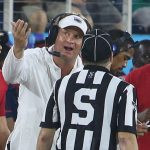