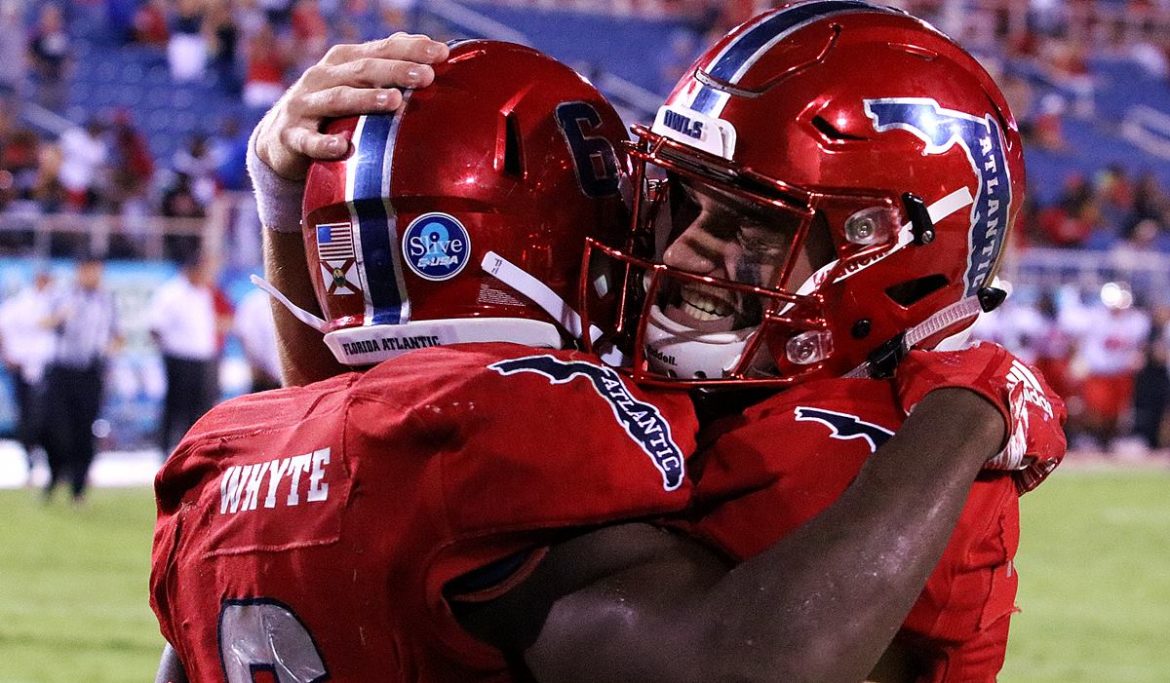 BOCA RATON – FAU moved to within one win of bowl eligibility with its 34-15 victory over Western Kentucky on Saturday – a victory fueled by 315 rushing yards and a strong defensive effort.

The Owls’ offense plodded through the first half before the running game found traction in the final 30 minutes.

FAU’s defense sacked WKU quarterback Steven Duncan three teams and made a late fourth down stand that sealed the game.

Each week our Chuck King and Wajih AlBaroudi break down the good, the bad and the curious from the previous day’s game with our Four Down Territory analysis.

BIGGEST SURPRISE
King: The reappearance of Pico Harrison. FAU’s redshirt junior wide receiver started the season quickly, but virtually disappeared over the seven games leading up to Saturday, catching only five passes during that period and never more than two in a game. Against WKU, Harrison caught three passes for a game-high 94 yards, giving the Owls a downfield threat they’ve been missing. One catch led to an FAU field goal, another set up a touchdown. All year FAU’s been searching for a complement to Jovon Durante and Willie Wright on the outside. A late push by Harrison would aid the offense immensely.

AlBaroudi: FAU struggling in pass protection. One of the team’s biggest strengths this season, the Owls had allowed only 10 sacks heading into Saturday’s game. But they gave up nearly a third of that, three, in the first half alone. There could have been a fourth sack midway through the second quarter but something even worse happened. Quarterback De’Andre Johnson had his team driving in Hilltopper territory, but was blasted from the backside while attempting a pass, altering the ball’s trajectory and sending it into the hands of an enemy defensive back.

GAME MVP
King: Kerrith Whyte. Or Devin Singletary. Pick one. Or both. Whyte rushed for 163 yards and two touchdowns. Singletary was right behind him, with 148 yards and two scores. Whyte gets the edge because of his 77-yard TD run that iced the game. Singletary’s game was more consistent, averaging 6.7 yards per carry to Whyte’s 4.3 yards prior to that last big run, but no less spectacular. Considered the offensive line as a whole here because there were some huge holes, but their struggles in pass protection precludes them this week.

AlBaroudi: Shelton Lewis. The FAU secondary was exceptional last night, holding Western Kentucky quarterback Steven Duncan to 58 first-half passing yards by blanketing receivers down field and forcing him to hit his check downs. Lewis played the ball well when tested and made a huge play in the second quarter when the game was still tight. He jumped a route on the sideline to pick off a Duncan pass, giving the Owls the ball back after they threw an interception themselves on the previous play.

CONTROVERSIAL CALL
King: Officials ruled that Singletary ventured outside the tackle box, then returned to the box and threw a low block that negated a De’Andre Johnson rushing touchdown. Video appears to show Singletary near the edge of the box at one point during the play, but he was laying on the ground when called for throwing the controversial “block.” The play was one of several on the day and numerous ones on the year that reinforce the idea that Conference USA officials are watching a different game than everyone else.

AlBaroudi: The officials giving Western Kentucky extra time to attempt a late first half field goal. FAU coaches and players were clearing the field after the first-half clock read zero. But after video review, they were forced to jog back on. Two seconds were put back on the clock, giving the Hilltoppers a chance to send their field goal unit out for a 40-yard try. WKU converted and cut FAU’s lead to one at the half.

EXTRA POINT
King: Lane Kiffin has reluctantly resigned to playing two quarterbacks in a game – with good reason. Both Chris Robison and De’Andre Johnson produce at times and struggle at others. Kiffin said quarterback switches will only happen at the beginning of possessions because he doesn’t want to break the continuity of a drive. But with the Owls continuing to struggle in the red zone – only two touchdowns in six trips on Saturday – maybe inserting De’Andre Johnson into the game once the Owls reach the red zone is a game plan Kiffin should consider. Johnson nearly led FAU to red zone points on Saturday, but officials called back his touchdown run because of the controversial penalty on Singletary mentioned above.

AlBaroudi: When quarterback Chris Robison is locked in and making good decisions, he takes the FAU offense to another level. After his starting spot came into question after Johnson’s big game against FIU, Robison responded with one of his most efficient performances of the year. The ball rarely hit the ground when Robison was in the game. He completed more than 80 percent of his 21 passes, hitting receivers in stride and giving them a chance to make plays after the catch. Last night was an encouraging step forward for the redshirt-freshman signal caller. 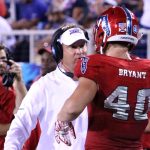