Not Again!
FAU coach Lane Kiffin says he feels the same way about the Owls wide receivers as he did last year - and that has him worried. 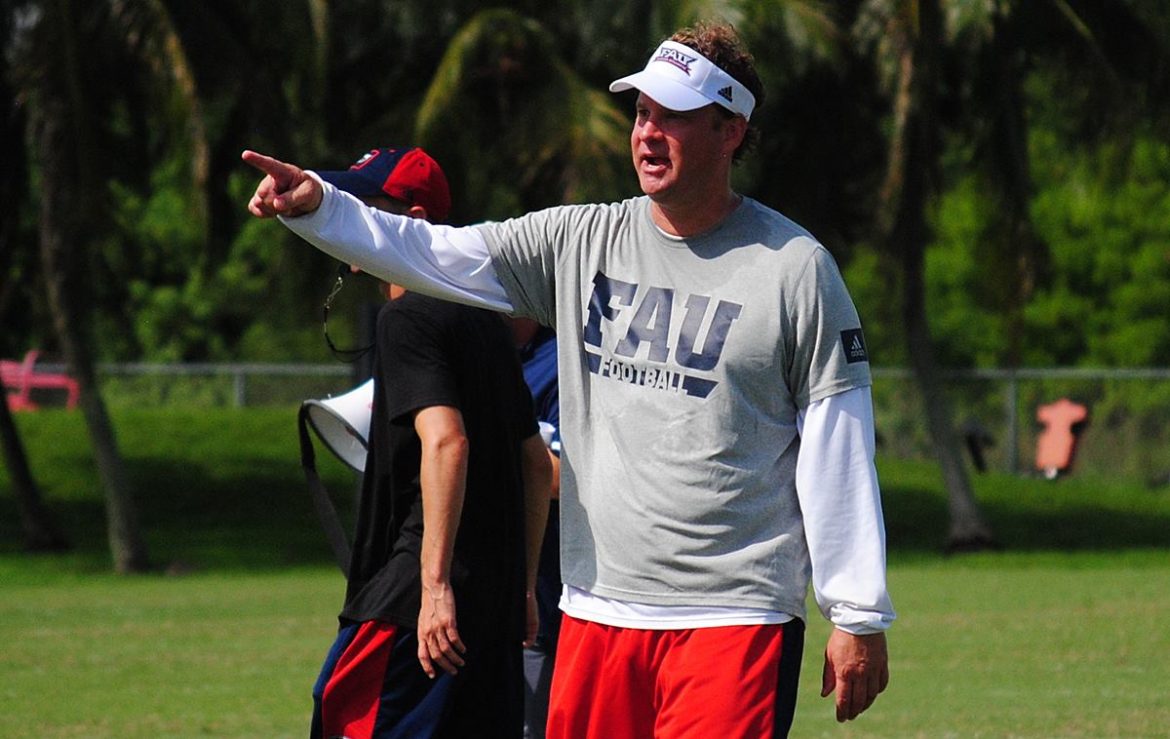 BOCA RATON – Lane Kiffin’s familiar with his current feeling and he’s not pleased about the results it foreshadowed.

One year after concluding fall camp without knowing whether the Owls would field a productive wide receiver unit, Kiffin admits he harbors the same concerns again.

“I feel like this is Groundhog Day from a year ago, sitting here with the same thing,” Kiffin said.

John Mitchell and Pico Harrison, neither exactly proven commodities, entered fall camp as starting wide outs, and the Owls lacked experience beyond them.

Both have extensive injury histories, and will enter the final week prior to FAU’s Aug. 31 season-opener once again battling maladies.

Kiffin and offensive coordinator Charlie Weis blame lack of depth at the wide receiver spot for many of last year’s offensive struggles. They believe the Owls relied too heavily on starters who tired late in games, keeping the Owls’ high-octane, up-tempo offense from operating at full speed.

“Very little depth and inability to rotate guys, and inability of guys to play fast because of that,” Kiffin said. “Not much good news there for you.”

The play of two transfers, DeAngelo Antoine from USF and Rasaan Lewis from UCF, offers the best wide receiver news emerging from fall camp. Though Antoine and Lewis profile as slot receivers, a relative glut of players at that spot – Willie Wright starts, Dante Cousart backs him up – has Kiffin experimenting with both players out wide.

If the season started on Saturday, it’s possible that Antoine and Lewis could be the first two wide outs to take the field, doing so with Wright at the slot. That would give the Owls a starting wide receiver unit without a player at least 6-feet tall.

“We have a lot of issues outside,” Kiffin said. “Biggest issue on our team.”

The shorthanded Owls also frequently employ Jordan Merrell as an outside receiver, though he’s best suited as a slot receiver.

During Thursday’s practice FAU appeared forced to base its substitution pattern on situational down-and-distance, which doesn’t suit Kiffin’s offense.

“That becomes a problem because when you do that you’ve got to sub, and then you can’t play fast and defense can sub,” Kiffin said. “When this system works really well guys stay in for the whole series. You have six receivers and three play at a time, Next series, the other three go. That’s when you can be your best, when you rotate by series, not by situation, because then you are playing really slow.”

Robison’s statistics show that he outplayed Tronti during the first two scrimmages. With the quarterbacks playing against a scout team defense in a scrimmage that won’t feature tackling, Kiffin will be closely monitoring his quarterbacks’ decision making.

“I think, still with that, you can still get a good eval on the quarterback position because you’ve still got to, obviously, make really good decisions and make good throws.”

Not Again!
FAU coach Lane Kiffin says he feels the same way about the Owls wide receivers as he did last year - and that has him worried.
was last modified: August 22nd, 2019 by Chuck King
0 comment
0
Facebook Twitter Google + Pinterest 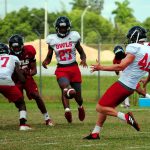 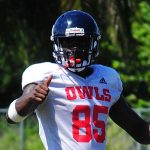