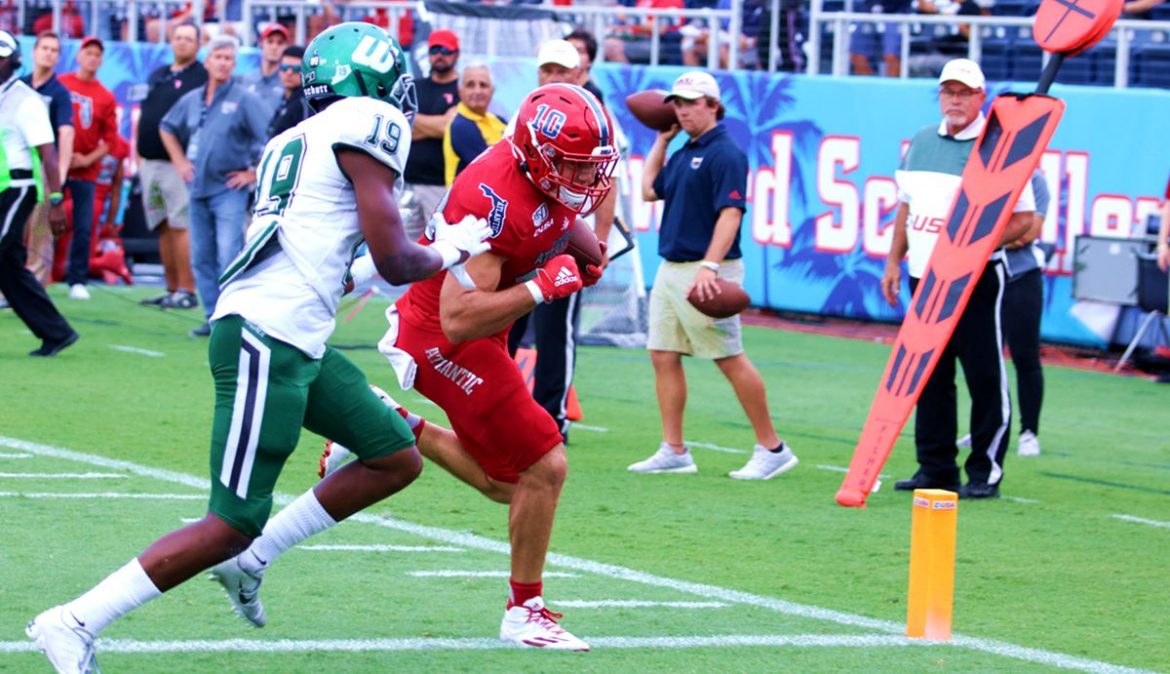 FAU tight end John Raine ducks across the goal line for the Owls' first touchdown against Wagner. (Photo by Bongo)

BOCA RATON – A casual observer might have difficulty picking the NFL-bound tight end on FAU;s roster purely from looking at this year’s statistics.

Harrison Bryant is the All-Conference USA selection, but through the early part of the season it’s John Raine who’s making the biggest plays.

Raine’s 19 receptions on the season lead the Owls and his three touchdown receptions are tied for second most on the team.

For the second consecutive game Raine punctuated the Owls’ first scoring drive, this time by catching a five-yard touchdown pass from Chris Robison to start the scoring in FAU’s 42-7 victory over Wagner.

“He’s got a knack to do a good job down there on those sneak plays like that,” FAU coach Lane Kiffin said.

Raine likely wouldn’t have been in that position had Bryant not been battling a rib injury. A few plays before Raine’s score, Bryant took a hit to the ribs following a catch and run that sidelined him for the remainder of the drive.

“Throughout the first four games John has three touchdown catches and Harrison has none, but I don’t think that has to do with anything just besides who’s in the game at that time,” Robison said. “They can both make the plays.”

While he did return from that initial hit, Bryant took another shot to the midsection in the second quarter and didn’t return after that one, spending the second half on the sidelines in street clothes.

It’s not as though Bryant’s having a bad year. His 249 receiving yards on the season lead the Owls. FAU’s depth at tight end is allowing Kiffin to employ two-tight end sets as an offensive weapon, especially near the goal line.

TURNING POINT
With two minutes left in the 1st quarter, FAU led 7-0 but looked like it was slowing down against Wagner. Then Deangelo Antoine changed the game. Antoine’s 37 yard touchdown pass opened up the passing game for the Owls. Antoine’s touchdown sparked a first half run where he outscored Wagner 21-0, sending FAU into halftime with a 28-7 lead. Before that drive, FAU only had 62 passing yards. They ended up with 119 which led to the 387 total yards on the night for the Owls

KEY STATS
Minus 6 – Total rushing yards by the Wagner offense.

0 – Turnovers committed by the Owls.

14,210 – Announced attendance. Actual attendance was closer to half that total. 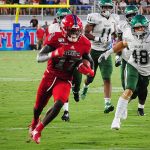 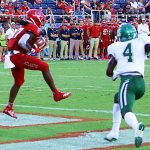