Forgettable
The struggle of FAU's front-line teams was hard to watch this year. As a whole, the down year is No. 2 FAU sports story of the year.

No. 2: Losses Mount for FAU

This could have been a breakthrough year for FAU. The football team had enough talent to make a run at bowl eligibility. Basketball was coming off a return to the Conference USA tournament. Softball and baseball were both NCAA tournament teams the year prior.

To say that FAU failed to live up to those expectations is like saying the Titanic had a little hole in it.

Finding new and inventive ways to lose (77 points allowed to an MTSU team that played without a quarterback for most of the night?!) football posted its third consecutive 3-9 season – leading to the firing of coach Charlie Partridge.

A season-ending ankle injury to potential All-American pitcher Kylee Hansen threw the softball team into a bit of a tailspin that ultimately kept them from returning to the NCAA tournament.

Baseball tried to hold up its end of the bargain, climbing into some Top 25 rankings midway through the season but struggles down the stretch left the Owls at home for the start of the NCAA tournament.

Add women’s basketball, which saw its coach, Kelly Lewis-Jay fired after winning only four games all season, and the sum is a forgettable sports year for the Owls.

There haven’t been many all-around worse years to be an FAU sports fan. After winning its first game of the season the football team lost seven consecutive games, doing so within a largely empty stadium – one that is no longer the home of the Shula Bowl trophy.

Basketball games continue to be sparsely attended – which is probably a positive considering how difficult both teams were to watch this season. In years past, FAU fans could rely on the baseball and softball teams to at least end the year on a positive note, but even that couldn’t happen.

To find a feel good team, an FAU fan had to spend some time at the women’s soccer pitch, sand volleyball courts or the new tennis facility to watch the men play.

By firing Charlie Partridge, whose teams never really showed any improvement on the field, Pat Chun also sent a message to basketball coach Michael Curry, whose teams have shown only marginal improvement.

Graduation and transfers prompted another hoops roster overhaul, leaving Curry to rely on untested players next season – a roster without an obvious go-to scorer.

Softball coach Joan Joyce is an institution at FAU and with Hansen back next season her Owls should be contenders for C-USA title again. And what are considered down years for baseball coach John McCormack’s teams (the baseball team posted a 35-21-1 record) are still pretty good by most measures. Their jobs are as secure as they want them to be – though FAU should be worried that an ACC or SEC school could try to lure McCormack away.

There’s reason for excitement when it comes to the 2017-18 FAU sports seasons. But the year that recently concluded? I think we all could use a drink.

Forgettable
The struggle of FAU's front-line teams was hard to watch this year. As a whole, the down year is No. 2 FAU sports story of the year.
was last modified: July 2nd, 2017 by Chuck King
0 comment
0
Facebook Twitter Google + Pinterest 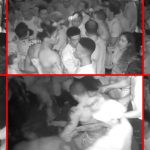 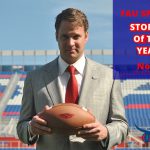