Hoops Revival
By winning, playing an exciting basketball and bringing back some fans, FAU Hoops lands at No. 4 on our countdown of the Top 10 FAU Stories of the Year. 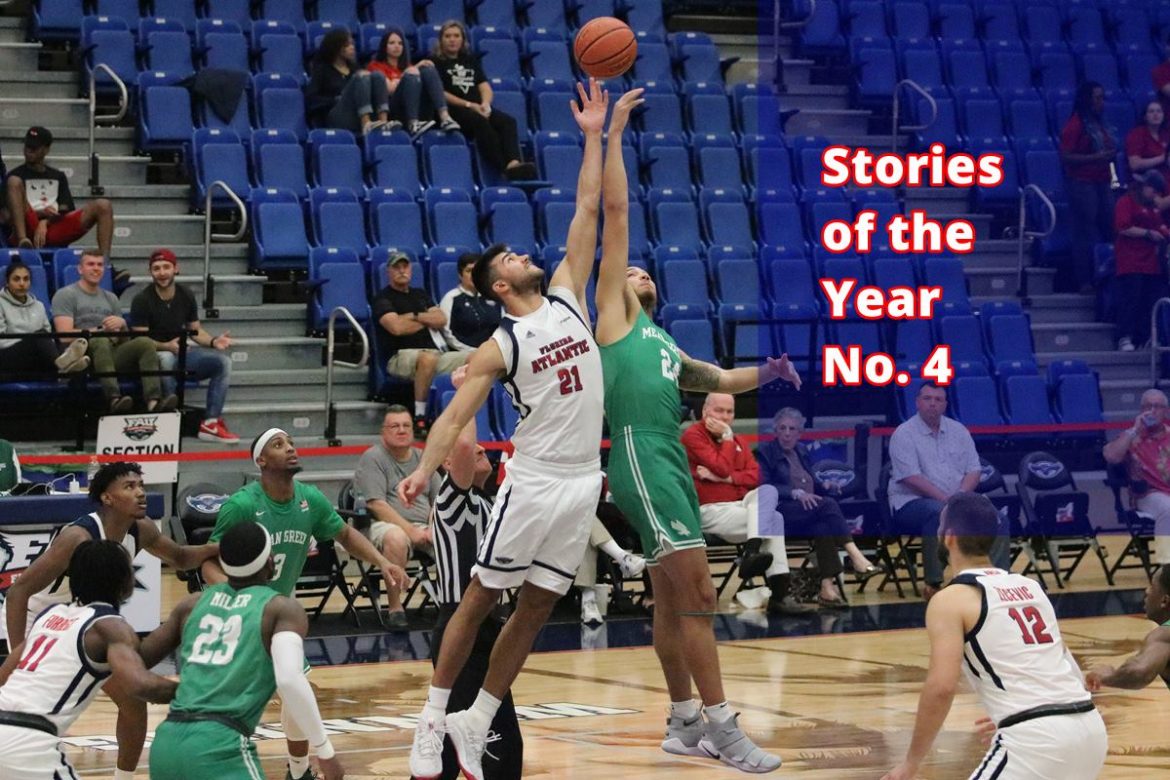 BOCA RATON – In retrospect, we all should have paid more attention to that Nov. 11 game.

But it was played on a Sunday. FAU football spanked WKU the day prior. NFL games were on TV.

It’s not so much that, while no one was looking, FAU basketball defeated a pretty good UCF team in Orlando. Those kinds of early-season upsets don’t always mean much.

But in this case it did.

First-year coach Dusty May remade the Owls’ roster, and two games into the season he already had a marquee victory.

The Owls then won two of three in the Bahamas, later notched home victories over FGCU and Mercer, before closing out non-conference play by winning at Illinois.

These Owls weren’t perfect, but they were infinitely more watchable than those of previous years. They played with pace. They played defense. They didn’t fold in tight games.

Even their injury issues became interesting. Running short of players late in C-USA play, May told manager Will Rutherford to suit up. The walk-on actually played in the victory over Rice.

FAU didn’t have to sweat qualifying for the Conference USA tournament. La. Tech eliminated FAU in the opening round, but the Owls accomplished enough to earn a bid to the CIT postseason tournament.

All in all, it was the kind of year FAU fans had been waiting more than half a decade for.

Why The FAU Basketball Resurgence Is Important

FAU earning the invitation to the CIT already made its appearance in the countdown, but what the Owls accomplished over the entire season deserves recognition because of what it leads to in the future.

While attendance figures show the Owls averaged only about 50 more fans per game as opposed to last year, the 1,190 figure from this year seems a great deal more accurate. The student section enjoyed more life thanks in part to the efforts of the athletic department to woo them back.

The games themselves were entertaining. FAU had the ability to come back in games and could also protect leads.

And the on-court improvement likely played a role in the Abessinio Foundation’s decision to pledge $3 million toward Burrow renovations – a deal that included court naming rights.

The Owls lost some of their top players, notably Xavier Stapleton and Anthony Adger, to graduation but Jailyn Ingram was their best player before a knee injury ended his season. Ingram is expected back next season, and with a second recruiting class and another year to teach his system, this momentum appears sustainable.

May and they Owls brought back interest in a dying program. That’s why the season landed so high on the countdown.

Hoops Revival
By winning, playing an exciting basketball and bringing back some fans, FAU Hoops lands at No. 4 on our countdown of the Top 10 FAU Stories of the Year.
was last modified: June 18th, 2019 by Chuck King
0 comment
0
Facebook Twitter Google + Pinterest 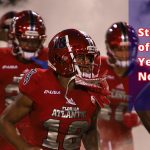 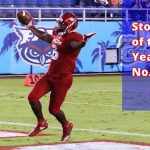