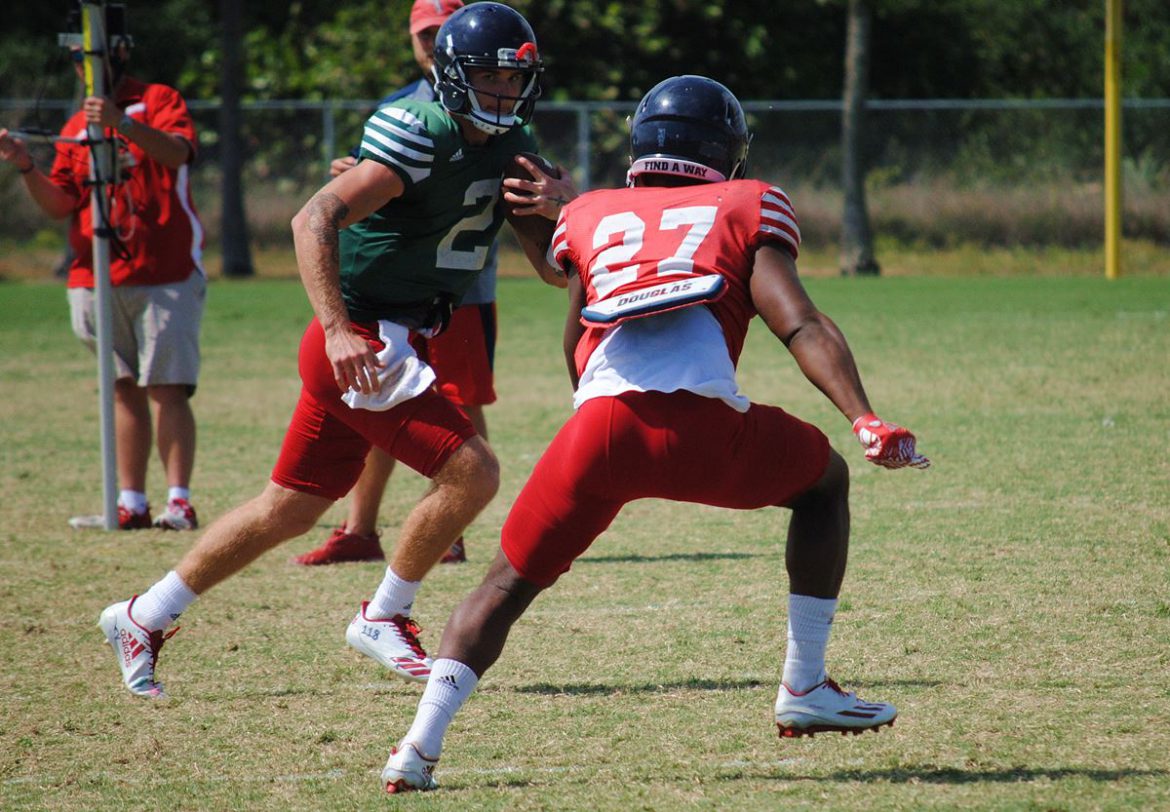 “It would be ideal to always have a guy,” Kiffin said. “I don’t know that that’s going to happen with them being pretty close right now and also you’re going to have in the fall, a lot of times you kind of have more scrimmages at that point where you get to see things happen more, and more practices so you get to see them in more situations.”

At the moment De’Andre Johnson and Chris Robison are battling to be the Owls’ lead signal caller.

Johnson is working his way back from surgery to remove blood clots from his arm. He worked primarily with the first team on Thursday, and his arm appears to be getting stronger as spring progresses.

“De’Andre’s had some really good team periods where you kind of see him come alive in the team setting where it’s not drill work,” Kiffin said.

Johnson’s shown elusiveness throughout the spring, but in Thursday it was Robinson who turned in one of the biggest runs of the day, bursting around the left side on a read-option and racing to the end zone.

“Both can run and make big throws,” Kiffin said. “Got to do a better job taking care of the ball, through.”

Johnson played in one game last season before the blood clot issue surfaced. Robison, a redshirt freshman, ran the scout team after transferring to FAU from Oklahoma, where he had been dismissed from the Sooners after his arrest for public intoxication.

Kiffin suspended Robison for the first practice of the spring for a minor violation of team rules, but Robison and Johnson have traded repetitions since the second practice.

Should Kiffin not like what he sees from the quarterbacks during the spring, he could elect to bring in a graduate transfer in the fall to take over the spot.

A rash of minor injuries to the wide receiver unit is complicating their competition.

“You can still get a good read but it is tough for them to be extremely accurate when you’ve got so many different guys coming in and out, and hobbled and not 100 percent,” Kiffin said.

Five practices into the spring – following Thursday’s workout, 1/3 of FAU’s spring practices are now complete – Kiffin is letting the quarterbacks develop a feel for the offense.

“I’m not really to that point yet where I’m evaluating who’s better,” Kiffin said. “We’re not going to decide that during the spring. We’ll look at that as a whole when we go back over cut-ups afterwards, after spring, as well with each individual guy.” 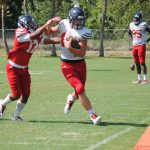