Own Worst Enemy
FAU coaches insists that self-inflcited wounds on offense make the Owls their own toughest opponent. 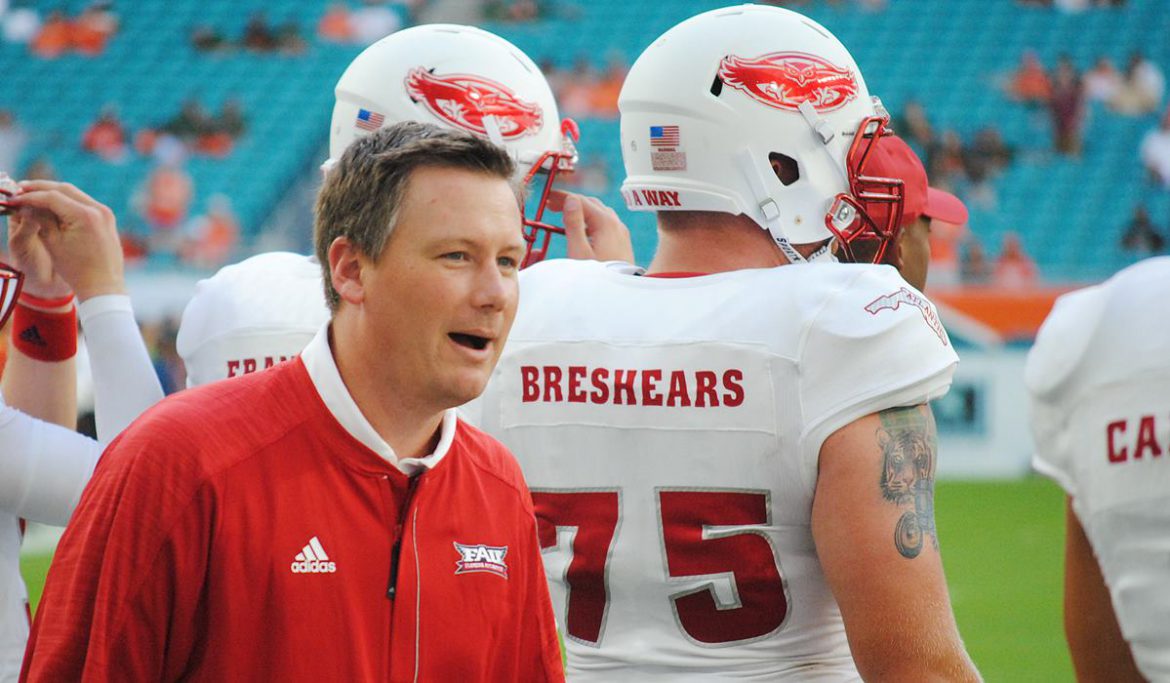 FAU offensive coordinator Travis Trickett says the Owls have been their own worst enemy this season. (OwlAccess.com photo)

BOCA RATON – Kansas St., along with Miami the week prior, did a superb job of shutting down FAU’s offense.

So did FAU, for that matter.

“We’ve got to get out of our own way,” FAU offensive coordinator Travis Trickett said. “Turnovers, protection, it was lack of execution, it was lot of things, so we have to learn from it. We have to move forward.”

After scoring 38 points in a season-opening victory over Southern Illinois, the Owls managed only 10 against then-No. 25 Miami and seven in Saturday’s blowout loss at Kansas St.

FAU also committed untimely penalties, dropped passes and allowed constant quarterback pressure in a game where pretty much anything that could go wrong against the Wildcats did.

While the Owls spent much of the week trying to correct the physical errors they’ve also been trying to keep their minds in the right place.

“Making sure we’re not letting, with these young guys, last week’s game beat us twice,” Trickett said. “You can’t do that. You’ve got to move on. You’ve got to learn from it and you’ve got to go forward.”

Trickett is hopeful he’ll get injured starting offensive linemen Kelly Parfitt and Roman Fernandez back for Saturday’s game against Ball St., and all indications are that reserve offensive lineman Matt Weiner, who moved into the starting lineup for the season-opener when Antonyo Woods was injured, will return.

While the Owls are searching for stability along the offensive line, they are desperate for production from their skill players – particularly the wide receivers.

Aside from Kalib Woods, FAU’s wide receivers have been rendered silent. Woods has 19 catches on the season. Henry Bussey (8), Kamrin Solomon (5), John Mitchell (3), Pico Harrison (3) and Tony Thomas have combined for 22.

Harrison is the only wide receiver to catch a touchdown pass – and that was a complete fluke of a play on a ball that caromed off Kalib Woods. (On at least one occasion, against Southern Illinois, Woods was wide open for a score but Driskel missed him badly).

The Owls are still going to give Bussey a chance to make plays, especially in space, and Terry has at times been open down field, but Partridge made a point of noting the starting spot at the wide receiver spot opposite Woods is in play.

“We’re still looking to solidify our “Z” here,” Partridge said. “Pico and Kamrin Solomon continue to compete. We’re looking for someone to take that position.” 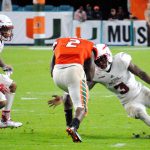 I don’t understand The Coaching staff at Fau they have one of the best young Wr in college football… By the name of James Brunson Jr And he hasn’t stepped foot on the field this year but for 50 seconds against Miami… and he didn’t travel at all last week and they was blew out 63-7 by k state…. They are shooting there self in the foot by not giving certain top notch players a chance to show case there talents… Stop being blind this is the fourth game of the season… Don’t wait to late to notice which weapons is gonna help your team become great… You need to look in the mirror and ask yourself do you want to keep losing… Mark my words You don’t play the right personal you want know how far your team can really go ….

You and most FAU fans. It is a shame. I understand some players practice better than others. But some guys are better in game mode. As a fan there are multiple players I would like to see. Parr tops my list. I saw him play in high school, and I thought for sure he would end up at Miami or UF. Looks like a more mobile Tom Brady out there. We have a good amount of talent at WR, we need someone to get them the ball. That and someone to call plays where we throw the ball downfield.

Insanity: Doing the same thing over and over again and expecting different results. -Albert Eisnstein

Trickett and Patridge are not “coaching” they are imposing rule and are incapable of making adjustments (including inserting other player options) that may lead to success.