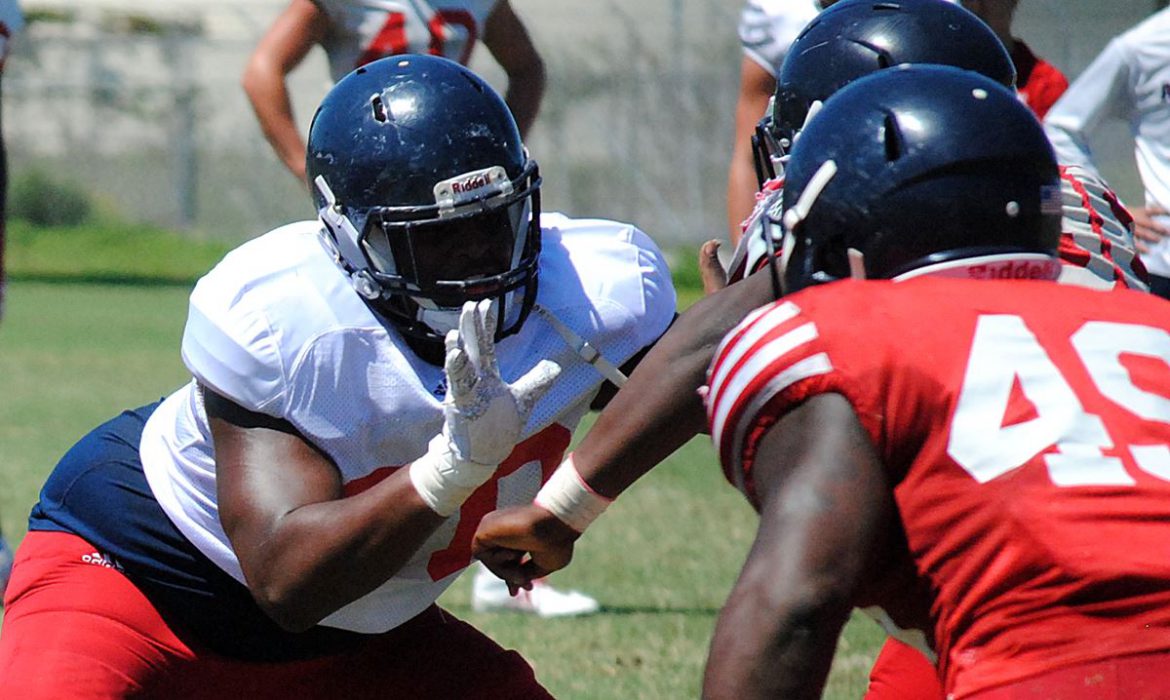 Former guard Tarrick Thomas showed his versatility by moving to center in the spring, but with the emergence of left guard BJ Etienne and the arrival of center Junior Diaz, a Tulane graduate transfer, such versatility could leave Thomas as the Owls most valuable reserve offensive lineman.

On the right side, William Tuihalamaka, a transfer from San Diego St., lost the starting job for much of the spring to walk-on Nick Weber before reclaiming it in the final week of spring. Junior college transfer Marcel Southall will begin his FAU career on the offensive side of the ball and current Florida guard Antonio Riles could still transfer to FAU as a graduate student.

Both figure to factor into FAU’s interior offensive line equation.

“Outside of quarterback that is probably the biggest spot to figure out,” coach Lane Kiffin said. “In the fall we are going to have a lot of new guys too that will add to the competition so you know – it will play out.”

Kiffin’s first chance to evaluate his options came this spring while two key components were learning on the job. Despite never having played on the inside before, Etienne was anointed the first-team left guard from day one of spring practice.

The ability to prepare as a starter from the onset of camp gave Etienne precious repetitions which helped polish his game quicker than expected.

“That was the best thing for me honestly, because in high school it happened sort of just like that,” Etienne said of his immediate insertion to the first-team.

Etienne’s run blocking steps were inconsistent as a freshman, his first being too wide and his second too long. A wide first step puts an offensive lineman off balance, making it difficult to maintain leverage and generate push off the line of scrimmage. Going too long on the second step – which is supposed to be directed to the center of the defensive lineman – will cause the offensive lineman to over commit to one side, allowing penetration to the opposite side.

Garrison helped Etienne break those bad habits and the results have paid dividends with the 6-foot-3 295-pound sophomore delivering a standout performance this spring – doing so against the first team defensive line, arguably the best unit on the Owls.

“I cleared up a lot of those things so I feel like I had a good spring,” Etienne said.

Once Etienne cleaned up his footwork and combined that with the athleticism and power he has relied on in the past, his game evolved.

That evolution helped him clear the mental hurdle of realizing he belongs at the Division I level.

“I got off to a fast start and I’ve just got to keep that thing rolling throughout the summer, keep that momentum that I had going,” Etienne said. “I proved to myself, not only to the coaches but to myself, that I can hang with anybody on this team,”

The 6-foot-4, 280-pound Thomas had to deal with an even steeper challenge this spring.

Though Thomas did try some snaps at center during fall camp last season, his primary position was guard. Converting to center from guard is a huge adjustment. Thomas, a redshirt junior, went from only having to focus on his assignment and steps to now being responsible for snapping the ball accurately, identifying linebackers, and being the lead communicator on the line.

“I would say I have gotten a little better at center, learning the technique, different motions and stuff like that and learning the calls,” Thomas said. “It was a big learning curve when I had to move closer to the ball.”

Although Thomas said snapping the ball has become “second nature” to him now, the actual snap is only half the battle. The time frame of hesitation that comes with directing attention to the snap puts centers at a disadvantage compared to the rest of the line. Learning how to shorten that time frame and making the snap simultaneous with the first step is something players new to the position take a long time to master.

Because of that learning curve Thomas said he is more comfortable at guard than center, but his ability to play all three spots on the interior will make him a valuable plug-and-play swing lineman.

“Where ever they put me at I will do my best to compete,” Thomas said.

The interior offensive line had very little depth this spring but that will change very soon. With new additions in Diaz and five offensive line signees, the growth of Etienne and Weber, and the veteran presence of Thomas, expectations will be justifiably raised for the group.

FAU relies on its ground game offensively and that starts with the three interior linemen up front. After an up-and-down showing this spring the group is ready to flip the script come fall.

“It just motivates us to get better and know we have to pick our weight up and carry the team.” Thomas said. 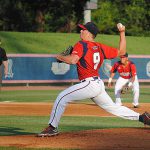