Miranda belted three home runs during the weekend sweep of Charlotte, two of them coming on Saturday.

While he didn’t produce a long ball in Wednesday’s victory over Miami, Miranda smacked two doubles and scored three runs as part of a 3-for-5 night in Coral Gables. The victory completed FAU’s first-ever season sweep of Miami.

Miranda concluded his week by reaching base four times on Sunday – three times after being hit by a pitch.

Miranda is hitting .336 with five homers and 21 RBI on the season. The average jumps to .378 against C-USA teams, with four of the five homers coming in league play.

FAU enters the week tied with Louisiana Tech atop the Conference USA standings with a 9-3 record, one half game ahead of No. 12 Southern Miss. The Golden Eagles handed FAU two of their three conference losses.

The Owls travel to FGCU on Tuesday for an out-of-conference game prior to Texas-San Antonio coming to Boca Raton for a weekend C-USA series.

Tuesday’s meeting is the first of two with FGCU. On April 24 FGCU travels across the state for a game that will be played at the Ballpark of the Palm Beaches. FAU finalized plans to play that game, along with the May 8 game against UCF, at the West Palm Beach spring training home of the Washington Nationals and Houston Astros late last week. 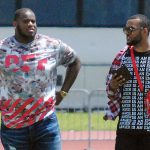 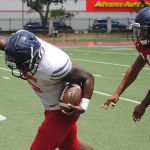