BOCA RATON – The Lane Train will be making an extended stop in Boca Raton.

Kiffin and FAU have agreed on a contract extension that will extend his stay at Florida Atlantic through the 2027 season, according ESPN.

A little more than one year ago Kiffin signed a five year deal worth $950,000 annually to be the fifth head coach in FAU history.

He was coming off a three-year stint as Alabama’s offensive coordinator during which the Crimson Tide qualified for three consecutive playoff appearances and won one national title.

In his first year at the helm of FAU Kiffin took a team that posted three consecutive 3-9 seasons and guided the Owls to their first-ever Conference USA title.

Prior to his stint at Alabama Kiffin served as the head coach of the Tennessee Volunteers and the USC Trojans. He also coached the NFL’s Oakland Raiders. 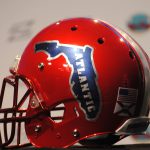 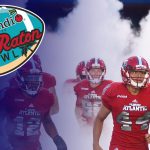