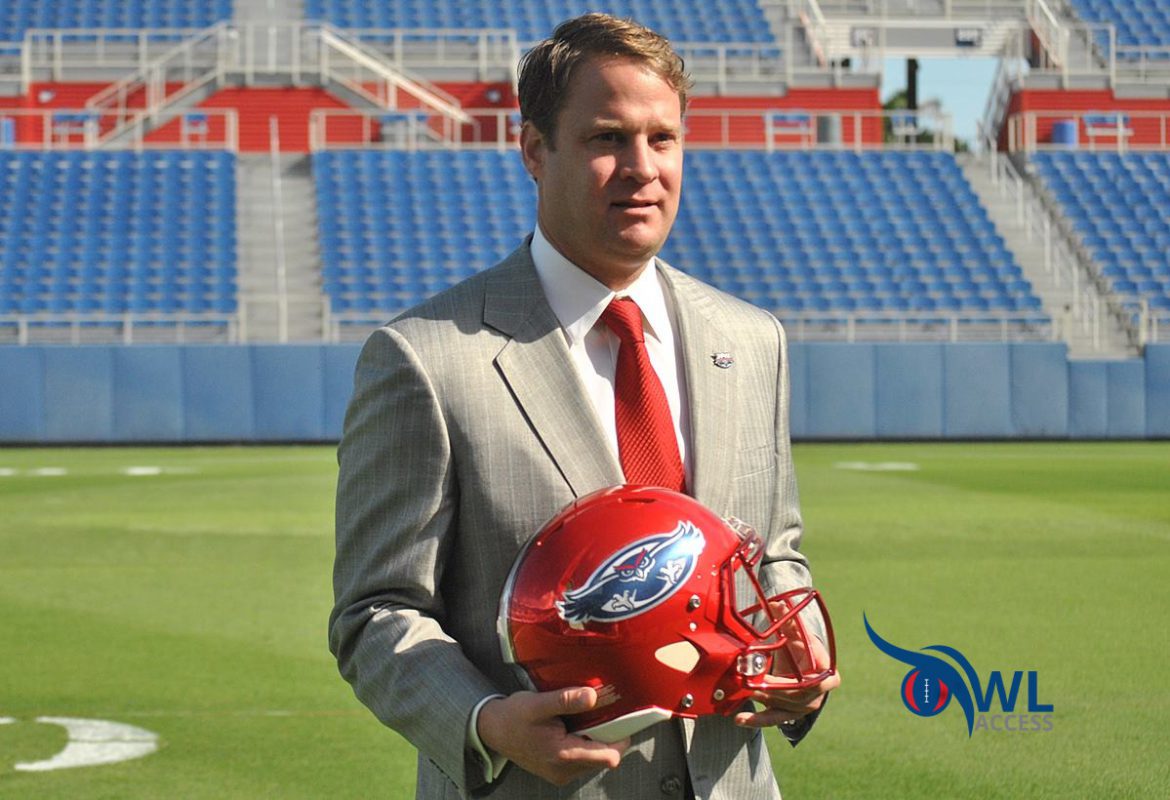 FAU athletic director Pat Chun said on Monday evening that he planned to talk with the Owls’ new football coach later that night to learn when Kiffin will be back in South Florida.

“We’re going to try to figure out when he’s going to get here for good,” Chun said.

FAU hired Kiffin on Dec. 13 to be the Owls fifth head coach in program history, allowing him to remain as Alabama’s offensive coordinator through the Crimson Tide’s playoff run.

Alabama defeated Washington 24-7 on Saturday to advance to the national title game, but Kiffin won’t be around to guide the offense in the biggest game of the college football season. Crimson Tide coach Nick Saban announced on Monday morning that Kiffin was no longer a member of the Alabama staff.

Both Saban and Kiffin said that Kiffin’s new job at FAU was distracting him from his duties at Alabama.

Kiffin did let Chun know of the decision prior to the story breaking nationally.

“We talked briefly,” Chun said. “The positive is, from an FAU perspective, if he’s that focused on us that’s a statement on where his heart is and where he’s at, emotionally.”

Chun admitted to being a little surprised by the decision but he also welcomed the idea of getting Kiffin focused solely on the Owls as soon as possible.

“Unfortunately for the rest of the college football world, we have our own self interests,” Chun said. “If that means getting him here sooner, we’ll take it because these transitions with new jobs and not being able to come over and be here full time are tough. If this gets him going on us sooner that’s a positive thing for FAU.”

Kiffin has already filled about half of the coaching positions on his FAU staff. Chun said Kiffin still plans to help Alabama game plan for Monday’s game against Clemson. 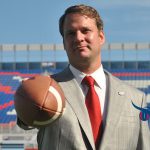 Offensive Newcomer Of The Year