Winning Ways
FAU downs ODU to win its third consecutive game - all on the road.

Justin Massey’s three-pointer with 49 seconds remaining capped a furious FAU comeback, propelling the Owls to a 65-61 victory over Old Dominion in Norfolk, Va.

The Owls trailed by as much as 15 in the second half before battling back to win. It’s the second consecutive game that FAU trailed by double digits in the season half yet still managed to post a victory, having overcome an 11-point shortcoming to defeat Charlotte 77-75 on Thursday.

FAU has now won three consecutive games for the first time this season and for only the second time during the Michael Curry era. All three of those victories came on the road. The Owls have never won more than four straight games under Curry, doing so in his first season.

FAU made 6-of-8 free throw attempts in the closing minute to seal the game.

Massey led all scorers with 18 points. His late three-pointer capped an 11-0 run that gave the Owls the lead for good. Massey connected on half of his 10 three-point attempts on the night. He scored 16 of the 18 in the second half.

“We believe in ourselves,” Massey said. “Maybe not many others do, but we believe that with the work we’ve been putting in and the group we have together that we can do special things.”

The win was FAU’s first ever over ODU in six tries.

Moving Forward: Point guard Nick Rutherford made 10 of his 11 free throw attempts en route to a 14-point night. Five of those made free throws came in the closing minute. …Frank Booker scored 10 points off the bench. …FAU outscored ODU 46-34 in the second half. …FAU forced 14 ODU turnovers.

Key Stat: 43.5 – FAU’s shooting percentage from behind the arc on Saturday. The Owls only shot 40 percent from the field as a whole in the game. FAU made more than half of its three-point attempts in the second half (8-of-15).

Up Next: FAU returns home for a Thursday game against C-USA cellar dweller North Texas on Thursday, followed by a tussle with Rice on Saturday. Both games tip at 7 p.m. 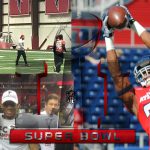