Jailyn Ingram and Gerdarius Troutman both missed shots in the final minute that would have given FAU the lead.

Ingram, Troutman and Justin Massey all recorded 12 points to lead the Owls.

Moving Forward: William Pfister was a force on the boards for FAU, leading all players with 16 rebounds. …Anthony Adger had five assists.

Moving Backward: Jailyn Ingram turned the ball over seven times. …FAU’s bench only contributed 14 points. …The Owls once again had a chance to win a game late and couldn’t convert.

Key Stat: 28.9 – Shooting percentage for FAU in the first half.

Up Next: UAB comes to Boca Raton on Thursday for the Owls’ C-USA home opener. Tip-off is scheduled for 7 p.m. 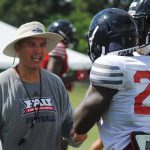 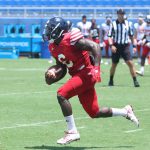