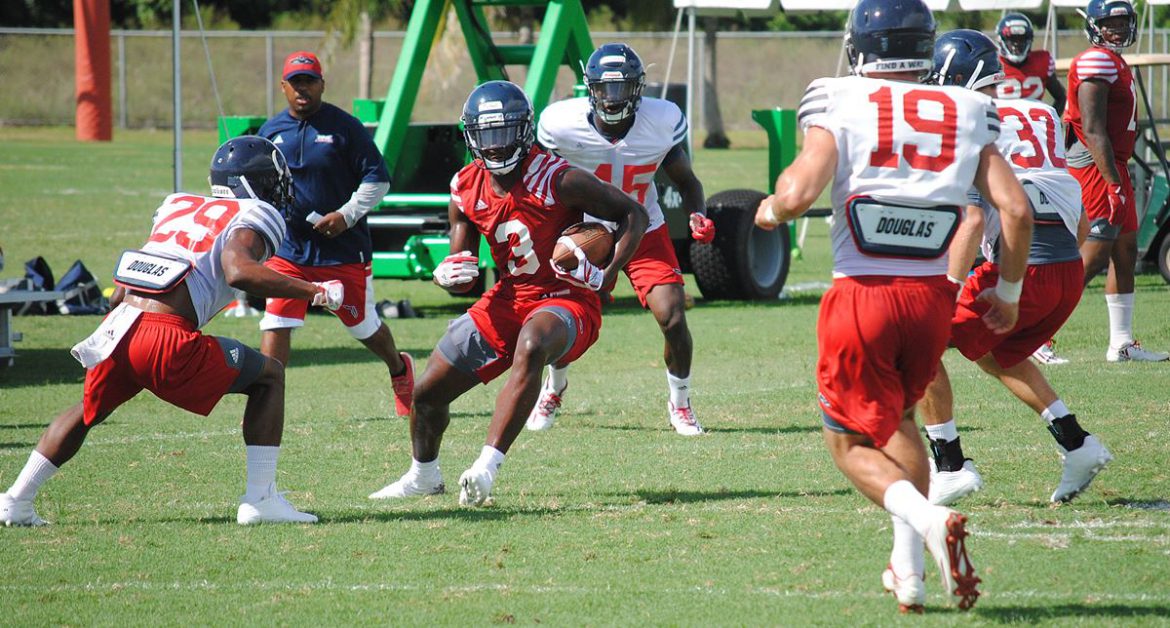 FAU wide receiver De'Andre Johnson (No. 3) is one of more than 30 players added to the FAU roster since spring football. Johnson will wear No. 19 during the season. (OwlAccess.com photo)

BOCA RATON – Azeez Al-Shaair doesn’t care much about the impressive amount of talent FAU acquired during the offseason.

He cares about results.

“I feel like for the past three years, going three wins every year since I’ve been here, we’ve had the talent to go to a bowl game,” said Al-Shaair, a co-captain last season. “It’s just all about finishing. Nobody cares about the team that could have been. It’s all about what you do.”

Much has been made of the Owls’ roster turnover since Lane Kiffin took over the program in December – and rightly so.

FAU’s official roster for Friday’s season-opener against Navy features more than 30 players who weren’t part of the team during spring football.

“The guys married very well with us,” defensive tackle Steven Leggett said. “They didn’t stick out like odd balls. We’ve got a couple characters here and there, but everything is good in our room.”

The roster is more than simply different. The talent level increased significantly.

Wide receiver DeAndre McNeal, a likely starter on Friday, began his career at Texas. Fellow receiver John Franklin, who came to FAU from Auburn, is expected to contribute despite only being on campus for two weeks. D’Anfernee McGriff, originally a Florida wide receiver signee, should see some snaps, too.

On defense, Pitt transfer Jeremiah Taleni is expected get the start at defensive tackle despite not joining the Owls until after the start of camp. Former Florida St. Seminole Kain Daub will get some snaps at defensive end.

All had to blend with a crop of Owls who, themselves, were already trying to learn a new system and trying to figure out how to win.

“When you have guys who want to be great and come out here and play, you get along easily,” safety Jalen Young said. “Everybody adapted well. Those guys came in here and they are going to be a big help to us this season.”

Counting freshman, junior college and graduate transfers, a dozen players who weren’t Owls in the spring could see the field on Friday if the game against Navy goes as expected. That number could grow if either side turns the game into a blowout.

A starting linebacker who’s averaged more than 100 tackles over his first two seasons, Al-Shaair says he made an effort to make as many newcomers as possible feel comfortable with their new teammates.

“I make sure I always reach out to (a new player),” Al-Shaair said. “How you doing? How’s the transition been so far? Make sure everything’s going smooth.”

With so many new faces, FAU players needed to build new chemistry both on and off the field.

Al-Shaair says that hasn’t been problematic in the locker room.

On the field? It’s off to a good start, but the Owls will know much more about themselves after facing the Midshipmen.

Does Al-Shaair think he and his teammates will finally get to play in a bowl game?

“The sky’s the limit,” Al-Shaair said. 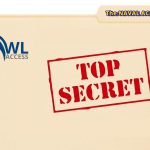