BOCA RATON – As Signing Day approaches FAU continues to lose as many commitments as it gets.

The latest to leave FAU is West Palm Beach-Oxbridge Academy offensive lineman Robert Holmes, who tweeted on Thursday that he had flipped his commitment to UConn.

Extremely happy to announce that I have committed to The University of Connecticut🙏🏾 @RandyEdsall and his coaching staff pic.twitter.com/46RvM2Fgoy

At a slow but seemingly steady pace, player after player who originally committed to FAU during the Charlie Partridge era has elected to go elsewhere – though for some of them it became apparent that FAU was no longer interested in their services.

That’s not the case with Holmes, who was one of the most highly sought after recruits committed to the Owls.

Lane Kiffin and members of his staff visited Holmes at home two weeks ago.

Of the 13 players committed to FAU at the time of Partridge’s firing, only five remain. And that number is likely to shrink even more.

Miami-Booker T. Washington linebacker Isaac Readon told OwlAccess.com on Tuesday that he has yet to be invited to FAU for an official visit. This weekend is the last weekend before the Feb. 1 National Signing Day.

Readon said he wants to keep his commitment to FAU.

“I haven’t heard from any coaches,” Readon said.

It is not unusual for players committed to one school to flip to another. A coaching change usually makes such flips more likely. Sometimes the player don’t like the new staff, other times the new staff isn’t as enamored with a player as the previous staff was. As Signing Day approaches commits will frequently receive offers from what they consider to be more prestigious schools. Some simply change their minds.

Coaches will also part ways with commitments when it becomes apparent that academics will keep the recruit from meeting NCAA or school admission guidelines.

Holmes did not provide a reason for leaving FAU.

Offensive line is a position of need for the Owls. FAU did pick up a commit from Plantation-American Heritage offensive lineman Robert Hawkins on Tuesday. Hawkins has already taken his official visit to FAU. His other offers reportedly included UCF, Rutgers, Southern Miss, Temple and Toledo.

As of Thursday morning 11 recruits have publicly announced their commitment to FAU. Partridge said he planned to sign approximately 18 players to the 2017 class. Lane Kiffin has been publicly non-committal on the number he plans to sign.

One recruit told OwlAccess.com that the FAU coaching staff asked him to keep his commitment under wraps – at least for the time being. That recruit announced his commitment a couple of days later.

Narbonne (Calif) wide receiver Tre Walker is among those who intends to keep his decision quiet until Signing Day. He appears to be choosing between FAU and Boise St. He visited FAU last weekend and told OwlAccess.com that he enjoyed Boca Raton.

FAU is also in the mix for Orlando-Dr. Phillips quarterback Marvin Washington, who visited Boca Raton this past weekend. Washington de-committed from UCF, but signing with the Knights is still a possibility, according to a source familiar with his recruitment. 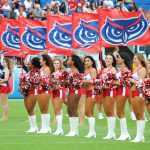