Battle Rages On
Lane Kiffin would have liked to name a starting QB by now, but he not seeing the kind of consistency he'd like from the contenders. 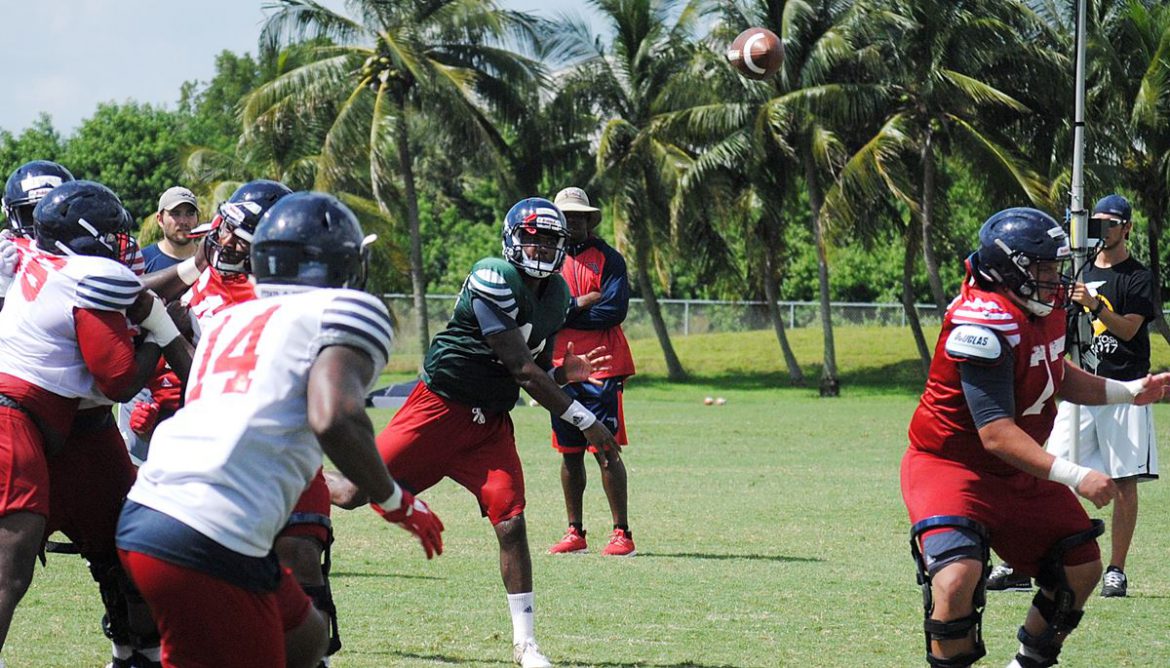 BOCA RATON – One week into fall camp, FAU coach Lane Kiffin hasn’t detected a significant separation in the play of his quarterbacks.

The quarterback battle between Jason Diskel and De’Andre Johnson has already lasted longer than Kiffin would like, and a decision doesn’t appear to be imminent.

Wednesday’s practice offered a glimpse as to why the decision has been so difficult, with both quarterbacks displaying the positives and negatives on their resumes.

Johnson followed one of his worst decisions of the spring, a wide receiver screen that he threw directly into the arms of cornerback Shelton Lewis for a Pick 6, with a perfectly lofted pass to Henry Bussey in the corner of the end zone.

Driskel, the incumbent, has been the more consistent of the two much of the fall, but he tossed to interceptions to corner Chris Tooley in the span of three plays – with one being returned for a TD.

Not long after, Driskel threw a pass into the corner of the end zone that only intended target DeAndre McNeal had the opportunity to catch. The JUCO transfer did exactly that for a score.

Driskel and Johnson have alternated working with the first team on an every-other-day basis. Wednesday was Johnson’s turn with the ones.

While he struggled at times, one play late in practice offered a glimpse into the kind of game-changing ability Johnson can bring to the field.

In a red zone drill, Johnson spun away from defensive end Haiden Nagel, who had come off the line of scrimmage untouched, rolled left and fired a strike to tight end Harrison Bryant for a score.

“The play was going to be a negative play,” Kiffin said. “He wheeled out and ended up making a touchdown out of it. I think that’s what you have to keep in account. Hopefully he’s going to do that stuff.”

Plays showcasing Johnson’s open field elusiveness can be difficult to judge during camp when a tag, as opposed to a tackle, ends a play.

Kiffin is willing to give Johnson the same benefit of the doubt he afforded dual threat quarterbacks Blake Sims and Jalen Hurts while at Alabama.

Watching Johnson turn broken plays into touchdowns as a junior college QB on the docu-series Last Chance U gives Kiffin faith that Johnson can make those plays once the season kicks off.

“The good thing with him, it’s not like it’s a high school kid,” Kiffin said. “We did get to see him play at the highest level you can besides Division I – especially that league he was playing in. We obviously know he can make plays.”

Redshirt sophomore Daniel Parr could conceivably become a factor in the battle, but he missed all of the spring while recovering from foot surgery and has primarily worked on a different field with the third and fourth strings this fall.

Heading into camp Kiffin said he valued the idea of competition at the quarterback spot. He insists there still isn’t a firm deadline to name a starter for the Sept. 1 opener against Navy.

“I think I’ve got a good feel for the offense,” Johnson said. “I’m still learning it. It’s still early on in camp. I feel like I’m showing a little more of what I can do in terms of making things happen, but that’s just playing football.” 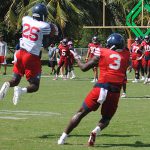 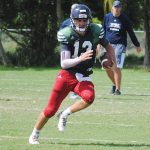