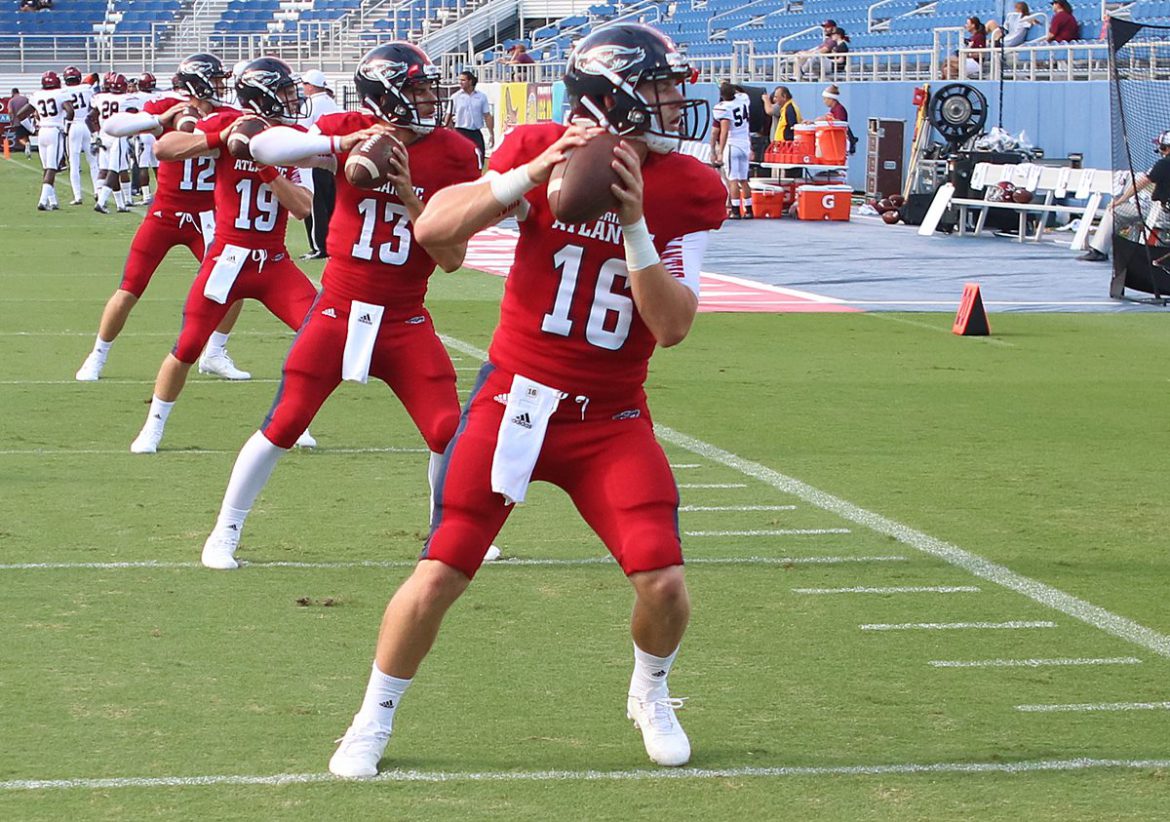 BOCA RATON – FAU coach Lane Kiffin isn’t pleased that what he thought would be one of the Owls’ biggest strengths has morphed into one of their most glaring weaknesses.

“It’s not a very productive passing game, downfield,” Kiffin said. “We’ve got to get better.”

In Saturday’s 34-31 loss at Buffalo FAU once again struggled to complete passes down field. Even a change at quarterback from Daniel Parr to last year’s starter, Jason Driskel, didn’t make a noticeable difference.

Kiffin pointed to a couple of plays – an under-thrown pass dropped by Willie Wright and a wayward pass on a wheel route – that would have been touchdowns if thrown on target.

“I’ve said all along that when you are going to play good teams you are going to have to make those throws to win,” Kiffin said. “Just look what just happened. We didn’t make them, or else totally different game.”

FAU once again ran the ball, for the most part, with ease – averaging what Kiffin called “video game numbers” in the first half.

“We were having big runs that no one was touching them,” Kiffin said. “We got two touchdown runs where they’re not down in flag football.”

Kerrith Whyte raced unmolested for a 37-yard touchdown that gave FAU its first points. Moments later Devin Singletary enjoyed a similar Sunday drive into the end zone from 34 yards out.

But once the third quarter began those run calls weren’t as successful. Six runs, four from Singletary, and a couple of jet sweeps to wide receivers Kamrin Solomon and DeAndre McNeal, only averaged 2.88 yards.

That was all it took to send FAU back to relying on what the Owls don’t do well – throwing the ball. Did the Owls abandon the run too quickly?

“I’m not saying about the play calling, I’m just disappointed we didn’t run it more effectively,” Kiffin said. “I’m sure that goes into it as a play caller, If you have six carries for [17] yards in the third quarter, it’s harder to run the ball. You start thinking about throwing the ball more.”

FAU threw the ball seven times in the third quarter and 29 times overall against Buffalo, producing 150 yards in the game. The Owls ran the ball 37 times on Saturday night for 262 yards. FAU combined to rush for 701 yards over their past two games. That’s only 50 yards less than the Owls have totaled through the air for the full season.

Kiffin didn’t feel particularly confident against Buffalo when play called for a pass.

“I would have liked it to be like 100 percent run and no pass because I felt like every time we passed there was a chance something bad was going to happen – we’re getting sacked, or we threw an interception or an incompletion – and every time we ran, something good happened, almost,” he said.

Offensive coordinator Kendal Briles’ calls have led to 144 rushing plays and 123 passing plays on the year.

The 5.5 yards FAU averages per rush ranks No. 23 nationally. The 6.7 yards the Owls average per pass attempt – which doesn’t include passing plays that result in sacks – ranks No. 93.

“I’ve got a lot of confidence in Kendal and our offensive staff,” Kiffin said. “He’s been doing this for a while – really good at it. Sometimes things take time.”

Passing Fancy
FAU continues to lean on the passing game despite possessing one of the most potent rushing attacks in the nation.
was last modified: September 25th, 2017 by Chuck King
0 comment
3
Facebook Twitter Google + Pinterest 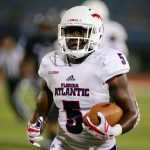 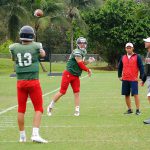