National Footprint
Under Lane Kiffin, FAU is recruiting nationally in a way that the Owls haven't accomplised in program history. 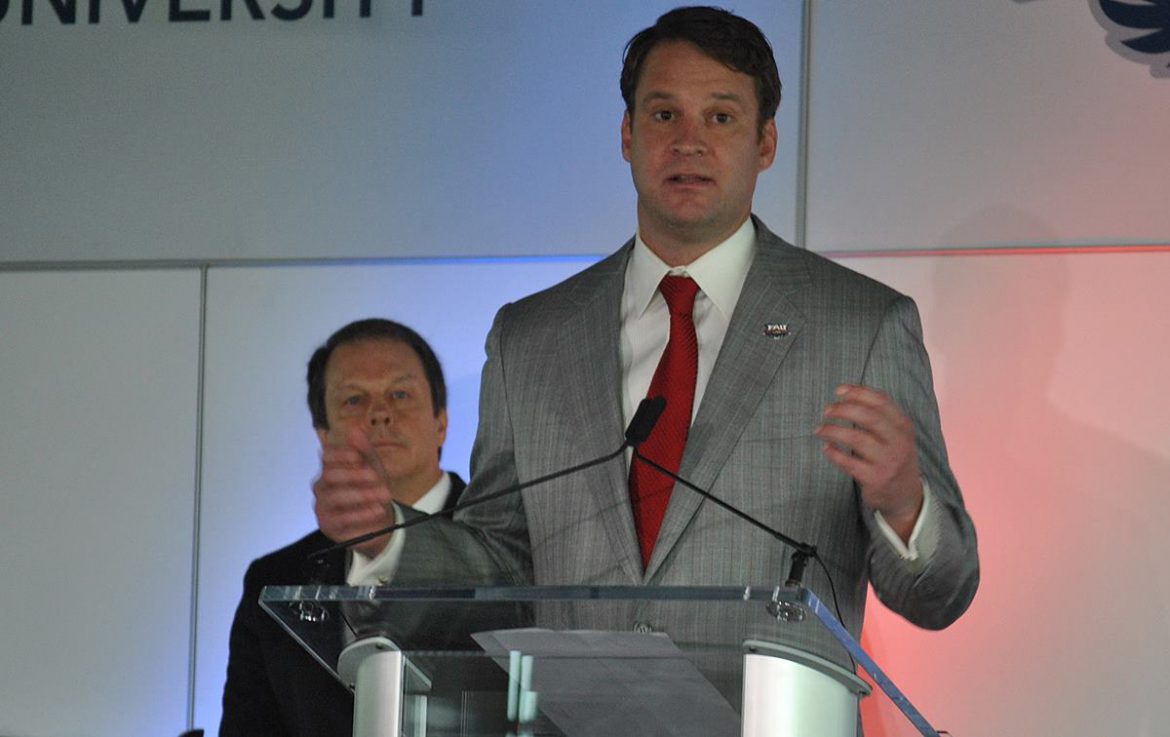 That pleases FAU president Dr. John Kelly, one of the men instrumental in bringing the former Alabama offensive coordinator to Boca Raton.

“It’s so different,” Kelly said. “We are literally recruiting in Alabama and Mississippi and California. We weren’t doing that. But if the kid is there, that’s where Lane goes.”

Thus far, though, only three recruits from who have publicly announced commitments to FAU hail from those counties. Meanwhile, the Owls have two commits from California and are hosting visitors from the Golden State on this, the final recruiting weekend before Signing Day. Two more commitments hail from Mississippi.

“In the future we will probably do a whole lot more locally,” Kelly said. “But when (Kiffin) comes in here and he’s brand new and he has experts that know Mississippi, that know Alabama, that know California – and we have [assistant] coaches from each of those three states now, why would we not go after those kind of people to also augment what we’ve done?”

To aid Kiffin is his national pursuit of recruits, FAU even authorized Kiffin’s use of a private charter plane – something unheard of in prior years.

Kelly reasoned that, because of a lack of time to recruit, Kiffin needed all the resources FAU could give him. The time between the start of the current contact recruiting period – the only such period since Kiffin’s hiring – and the Feb. 1 National Signing Day spans less than 20 days.

FAU hired Kiffin on Dec. 13 but agreed to let him finish the Alabama season before turning his full attention to FAU. The Crimson Tide reached the national title game, but Kiffin and Alabama parted ways the week before Alabama lost to Clemson.

Kiffin didn’t arrive in Boca Raton with his attention soley on FAU until a few days after New Year’s day.

“We felt like the day that he gets here and the [recruiting] season opens we have to get him where ever he needs to go in the country,” Kelly said. “We can’t have this thing about, fly to Atlanta, sit there for two hours, somebody else is already recruiting your kid, by the time you get there somebody’s made a decision. Get there before anybody else does, so that was the strategy – beat everybody to the punch.”

Kelly opened FAU’s budget to hire Kiffin to a five-year contract at $950,000 per year.

One of the reasons behind hiring Kiffin was the belief that he would raise FAU’s national profile. So far, that has happened – something else that pleases Kelly.

“I’d say what’s new for FAU is we quickly became a national interest,” Kelly said. “We went from being a place where we were playing in South Florida into, in many cases, an ESPN favorite to talk about because Lane has done a lot of things in his career at an early age. He’s choosing us as his next step in his career. I’m just thrilled he was willing to come here.” 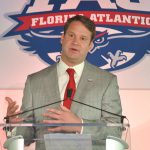