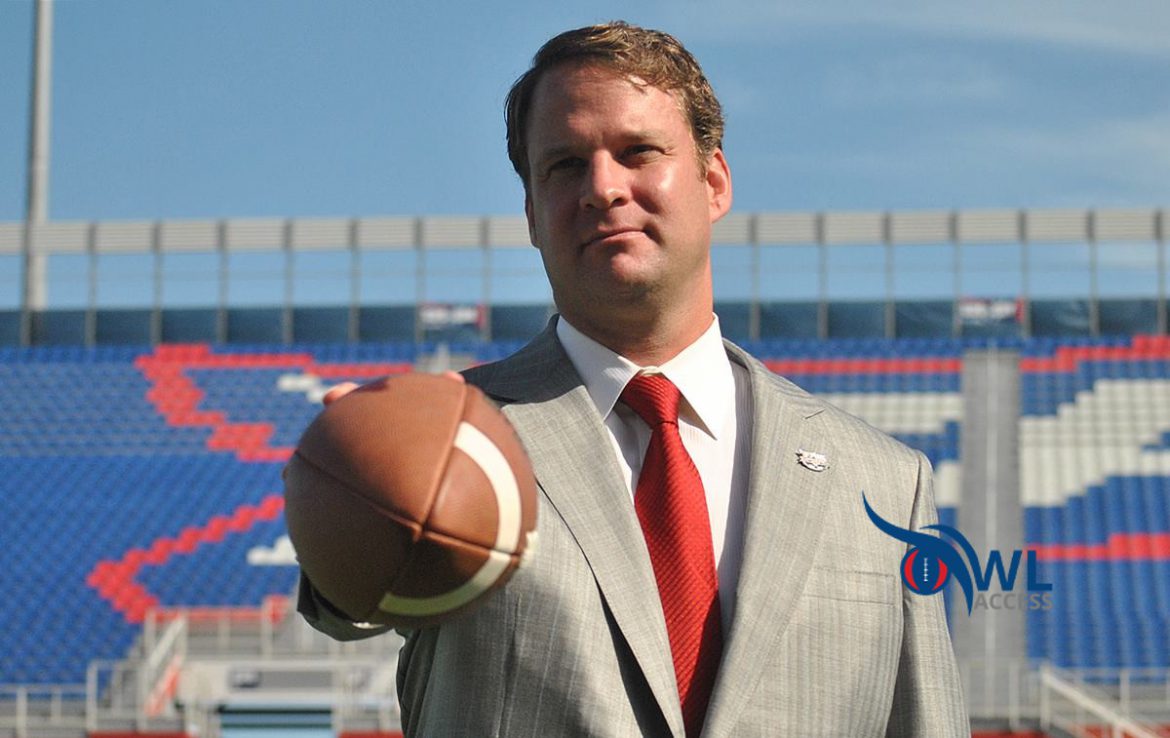 BOCA RATON – Lane Kiffin will make his official FAU debut in prime time in front of a national television audience.

Conference USA announced on Thursday that the FAU season opener at home against Navy has been moved to Friday, Sept. 1 at 8 p.m. and will air on ESPNU.

It will be the second time in three years that FAU elected to move a Saturday game to Friday night in order to accommodate a national network. In 2015 FAU played Miami on a Friday night in a game broadcast on Fox Sports 1.

FAU will also move its game against Marshall, the second to last home game of the year for the Owls, to Nov. 3 for a 6 p.m. kickoff. That contest will be televised on CBSSN.

The Owls hired the high profile Kiffin in December to replace Charlie Partridge and become the fifth head coach in program history. Kiffin was coming off a three year stint as the offensive coordinator for Alabama, where he won a national title in 2015.

Kiffin had previously been the head coach at Tennessee and USC as well for the NFL’s Oakland Raiders.

After the opener against Navy, FAU travels to Wisconsin, returns home to face Bethune-Cookman then once again hits the road, shuffling off to Buffalo.

FAU opens Conference USA play at home on Sept. 30 against Middle Tennessee. The game against North Texas (Oct. 21) is also at home. The Owls conclude plat at Howard Schnellenberger Field on Nov. 18 against Florida International in the annual Shula Bowl. 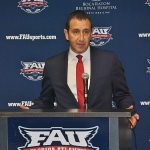 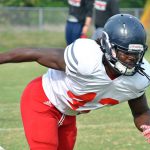