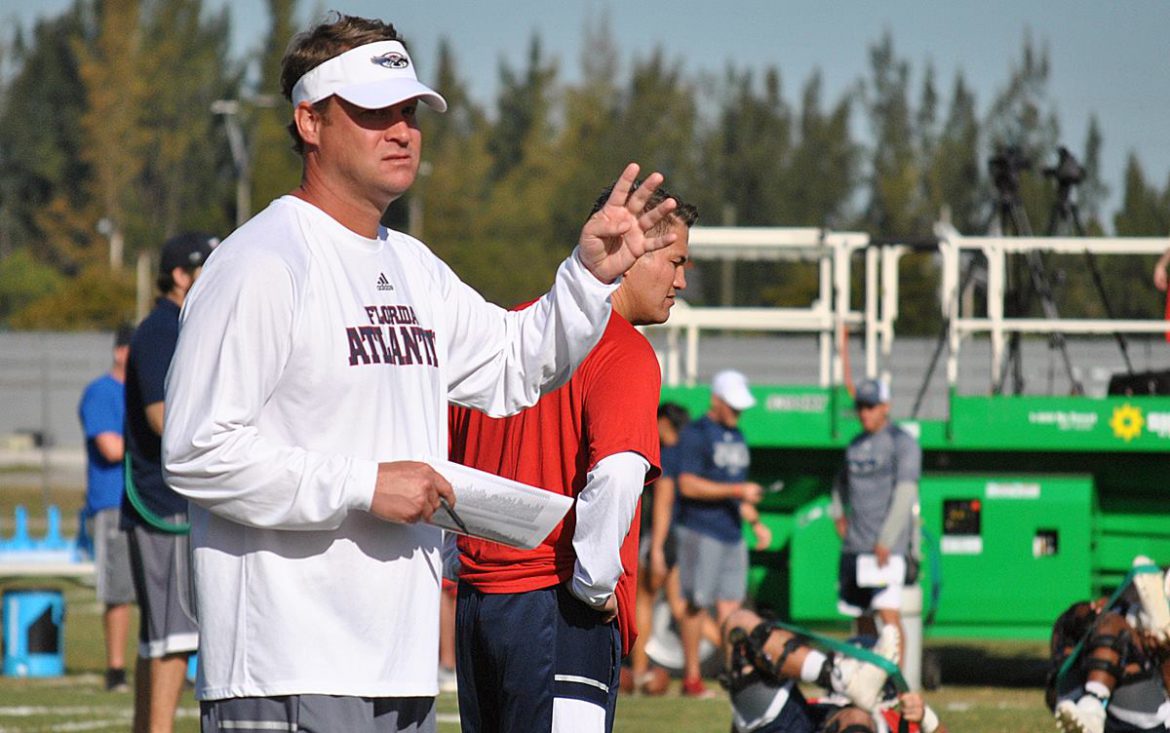 WEST PALM BEACH – It’s always good to have connections in the nation’s capital.

For new FAU coach Lane Kiffin, it appears as though he made one with a major player in Washington D.C. this week.

Kiffin met the Washington Nationals manager on Sunday when he threw out the first pitch prior to their game against the Houston Astros at the newly opened Ballpark of the Palm Beaches.

“It was cool,” Baker said of the meeting. “I’m pulling for him.”

A native of Southern California, Baker likes Kiffin’s Los Angeles ties and the way he carries himself.

“I always pull for new coaches, especially if they appear cool,” Baker said. “I’ve watched him on the sidelines many, many times. Plus I was an (USC) man.”

Kiffin served as Southern Cal’s head coach from 2010 until midway through the 2013 season.

He enjoyed meeting Baker, who is in his second season as Washington’s manager.

“I was next to Dusty for the national anthem,” Kiffin said. “He came up and introduced himself. It was pretty neat.”

As for the actual ceremonial first pitch, it likely would a have been called a ball – just missed the corner. It may have been close enough to entice a batter to swing.

⚾ @Lane_Kiffin made some friends today with the @Nationals and @astros. 👌 pic.twitter.com/rueb1v3oQa

Kiffin is in the midst of his first spring practices as the new FAU football coach. The Owls return to the field on Thursday as part of a busy day for FAU football. The Owls will also hold their annual Pro Day, where players who have exhausted their college eligibility run through scouting combine-like tests on campus in front of NFL scouts. 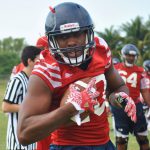 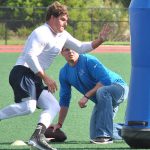